Willing aims to make sensual avant-pop for your sins. Since his 2018 debut EP, Small Cruelties, Willing has built a cult following in Melbourne’s queer underground playing Midsumma Carnival and Gaytimes Festivals. We caught up with him to catch about his musical journey so far, including new single ‘Hungry’.

First up, tell us about yourself - what got you into music?
Well I’ve always been a singer and a theatre kid. For most of my early twenties I was writing and performing in musicals and cabarets. And then I kind of just realised that I loved pop, and wanted to make good pop that had a theatrical edge. So I made Willing.

Were there any particular bands or artists you took inspiration from?
Yeah, heaps. In the first instance I see Willing as a modern extension of classic 80s avant pop acts such as the Talking Heads - though the sound is very different, I think the intention is the same. Similarly a lot of inspiration comes from Bette Midler and her filmed rock concerts from the seventies.

There’s so much drama in her voice and I love that she marries the songbook and americana traditions. Contemporarily I take inspiration from other queer acts like Ssion, whose visual world is second to none and King Princess whose voice and songs are just so listenable.

Why ‘Willing’?
Because it’s my name in the gerund - and I’m still going baby. I honestly spent most of 2016 and 2017 thinking about transitioning from theatre to music but didn’t do it because I couldn’t settle on a name. It drove me mad. It was all I would think about. For a while I was thinking of calling the act Villain - because I’ve always loved villains - so campy - but then I realised I am not one. I’m just not that scary.

Then one day I was listening to the Rihanna song ‘Kiss it Better’ and that lyric just kept going round and round in my head, ‘what are you willing to do?’ and I realised that was it, ‘Willing’. Total uh-huh moment. It has proved an endlessly fruitful name as it now comes with the provocation, ‘are you willing?’ which I can ask potential fans, and if they’re not they can just piss off to be honest. In truth I’m trying to form a Coalition of the Willing to reclaim the name from the neocon hawks who so rudely wasted trillions destroying the Middle East for oil.

If you could collaborate with any living artist, who would it be?
Lady Gaga - I wrote a musical about her once, called Gaga V Assange, basically it was when Julian Assange was still cooped up in the Ecuadorian Embassy and the premise was that she went in with an army of her Little Monsters and freed him. There is a caveat however. I’d only want to do the collab it if we did an explosive 15 minute clip directed by, like, Ang Lee.

Tell us about your debut EP Small Cruelties released last year. What response did it get?
This was my very first release as Willing and I was still very new to the world of music. I launched it as a three night theatrical event and wore costumes by six emerging Melbourne designers. The set was a rococo boudoir in a warehouse conversion. The launch went fabulously but it was a very personal piece and I hadn’t quite landed on my sound. The actual EP is about a break up (so original I know) and it was a cathartic thing for me to do at the time.

I’m very proud of how honest some of those songs are. Especially for someone like me who is obsessed with the notion of the theatrical lie. Ru With You was a particular coup for me as a songwriter (though it’s way too morose and wordy for radio). I just felt like I really spoke to the moment. When I perform it, I really wail, which I think is what people come for… Watching me descend into a total puddle.

What’s been your best live show so far?
It’s a tough one. I’m an electronic pop act and usually it’s just me and my mate Charlie Saint-Alan up on stage. But when I left Melbourne I decided to throw a Sunday matinee rock show as a sort of tata-for-now. We had like an 8 piece band. It was sick. Real wall of sound stuff. And I got to indulge some of the raspier qualities of my voice. Had such a blast. And heaps of my parents mates came down too so it was kind of wholesome (mostly we play dark clubs late at night). 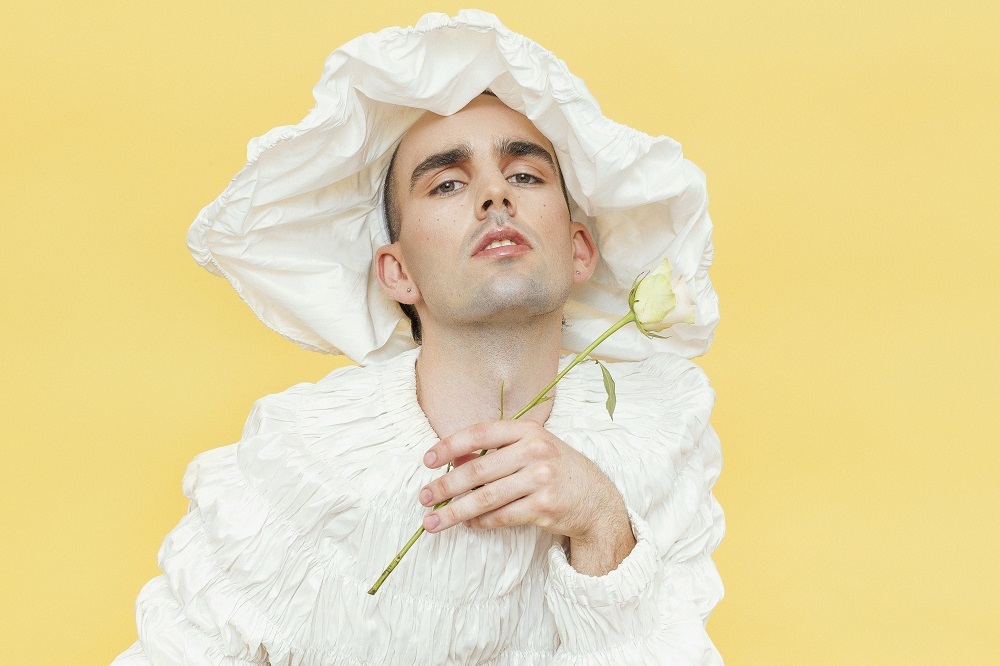 When did you write it and where did you record it?
Hmm, you know it’s funny I wrote it for the Small Cruelties EP but it didn’t make the cut and then I kept playing it at live shows and people were really digging it so I went back and rerecorded it at my friend Luis’s studio. He has a great electronic act called Luboku which you should all check out.

How does ‘Hungry’ build on your style?
I think it’s as much a divergence from style as anything. But I think the whole Willing brand should be a digression. That’s what I mean by eclectic. I just take each song as it comes. In this case, I really wanted to make a horny track that also spoke to current music trends. Hence the ‘trap-rock’ feel. I guess it builds on my style insofar as it candidly discusses gay desire. And I’m always a fan of a breathy vocal (though I usually save them for studio - when I perform live I just belt lol)

Actually now that I think of it, the element of the release that builds most on my style is the video. Charlie and I co-directed it and we just had so much fun. It’s equal parts silly and sexy which is an intersection I’m very interested in.

How was ‘Hungry’ received?
Oh my mates loved it. My mum not so much. As for the world at large, it remains to be seen. It’s still such early days for ‘Willing’. I’m just getting started. I have so much new material, and 2020 is going to be the year for audience-building.

What’s next for you? How’s 2020 looking?
2020 is going to be huge. I have set myself the unenviable (but intensely exciting) task of releasing a single every month from February onwards, which will cumulatively form a body of work called, Pure Romance and Utter Devastation. I’m also going to make a podcast to chronicle the journey. Its aim will be to render the fantasy.

I have these outlandish dreams of million dollar film clips for all these new tracks, and, unfortunately, don’t yet have budget. I’ve always been a storyteller so the podcast is a chance to enlarge the Willing world through words. It will make for compelling listening.

From a musical perspective too these new releases are on a whole different level. Like I’ve really levelled up. I would say this is all because of the continued collaboration with Charlie, who is co-writer on all of them. He has both consolidated the sound and expanded the magic.

Finally, if you could go back in time and give yourself one piece of advice, when would it be and what would you say?
I would go back to 15 year old me and tell myself to wag school and make Vines instead. I look at these Tiktok kids and think, ‘Fuck, why wasn’t I a Vine celeb when I had the chance?’! I had so much on my shoulders at 15. If I’d just been an out-and-proud fierce queen, underage clubbing every weekend, and making viral video content on my cumdowns, I think things would have happened quicker for me. But instead I was a closeted drama nerd who loved getting good grades.

To be honest, to have it any other way would be to deny something essential about myself, and I have come to learn that those essentials - the eccentricities and the candour - are my most endearing features.

Watch the video for ‘Hungry’ below. For news and tour dates, go to Willing’s Facebook page.