Croydon rapper/singer/producer Will-Powerz is marking Mental Health Awareness Week this year with the release of his new EP, I’m Fine. Several years in the making, he describes it as a conscious hip hop/indie project with its own unique flavour. All funds raised during the week will be donated to the Mental Health Foundation - we caught up with Will-Powerz to find out more.

The phrase ‘I’m Fine…’ is something I’ve heard myself utter more than anything else as my depressive illness has persisted.

First up, tell us about yourself - what got you into music?
I learnt several instruments growing up, but excelled mainly in piano. I had the most fun playing bass guitar, and performed at various gigs in school and beyond. When I left school, I began making beats on an Xbox game called MTV Music Generator, before getting my first sampler and eventually a DAW on my desktop. I developed a passion for music listening to a certain brand of Hip-Hop, and it gradually became clear to me that I had things to say that I couldn’t communicate just by making beats.

So I started adding vocals, and as my mental health issues came into the equation I found music to be a powerful outlet. I love music, it’s the only way I ever manage to truly voice what I’m feeling, and I could never stop creating, regardless of whether or not anyone is listening.

Were there any particular bands or artists you took inspiration from?
Musically, I have drawn inspiration from various Hip-Hop producers and bands. No-one made a bigger impact than the late J Dilla, but I also loved MadLib, Flying Lotus, DJ Hi-Tek, 9th Wonder, The Roots… I developed a love of concept albums from listening to Pink Floyd, The Streets, Common, MF Doom and others.

In terms of vocals, I generally choose to rap because I find I can lose myself in the flows and rhythms, and it is better equipped than singing for communicating a message. I find that, by combining rapping with singing in my work, I can communicate messages and convey emotions in equal measure. The rappers that have influenced me include Common, Mos Def (now Yasiin Bey), Talib Kweli, MF Doom, Mike Skinner and Plan B. For singing, I have been inspired by so much I’ve heard.

I love the ethereal vocals of My Morning Jacket and the harmonies of Fleet Foxes. I love the soulful tones of John Legend, Bilal, Jill Scott and the like. I love the creativity and versatility of David Bowie, and the lyrical style of Bob Dylan and Joni Mitchell. I also like the visceral style of rock vocalists like Corey Taylor, Marilyn Manson and Brian Johnson. Lyrically, I think no-one writes better than battle rappers, and I have been inspired by people like Tony D, Cee Major, Gemini1 and Shotty Horroh. 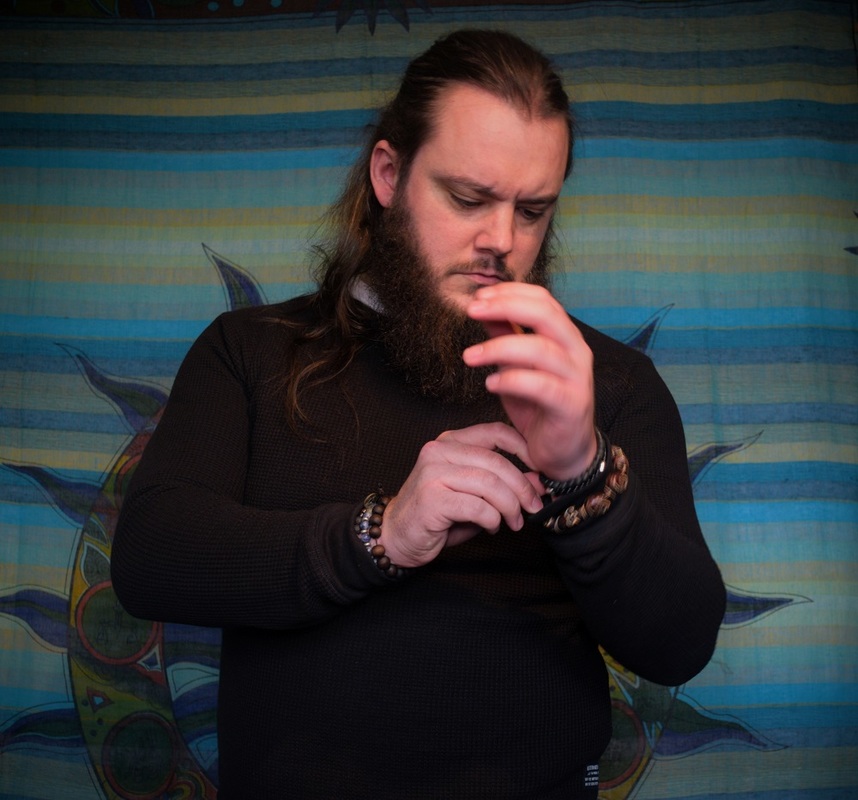 How would you describe your musical style?
My biggest inspiration in life has been Bruce Lee. People know him as an actor and martial artist, but he was also a philosopher, and the core of his philosophy revolved around refusing to conform to a single style. I take that approach to my music, and I believe that thinking outside the box is essential for art. As you can say from the diversity in my influences, I draw from different styles of music when I create.

At heart, I am a maker of music, and I just happen to do vocals too. I call myself a “different kind of rapper” and I believe in experimenting with wordplay alongside the concept of the voice being another instrument in the mix. If you listen to the second verse of ‘Where I’m Going To’, you’ll notice that the end of every line has the multi-syllabic rhyme ‘uh - oo’.

I believe multis are like a percussive sound that really enhances the music - you’ll see examples of more complex multi-rhymes across the ‘I’m Fine…’ EP. In answer to your question, I think the phrase “a different kind of rapper” sums me up.

If you could collaborate with any living artist, who would it be?
In terms of vocalists, I don’t feel a massive urge to work with anyone. Perhaps someone who can do things that I know I can’t, or whose message really fits well with my own. I love the versatility of Kendrick Lamar as a rapper - he has an incredible range to his flows and the way he uses his voice. A collaboration with MF Doom would make me feel like I’ve succeeded in my artistic vision.

I think Erykah Badu would be good to work with, because her input brought something different out of Common and Andre 3000. I have to admit I was very impressed with Billie Eilish when I heard her album, though a huge part of that is the production. That’s where my real desire to collaborate would come, because it is producers that turn a track into something truly special.

So with Billie Eilish in mind, I think I’d enjoy working with her brother Finneas, but I’d love to work with MadLib, Flying Lotus, ?uestlove, DJ Premier… producers in that kind of vein. That would surely bring music out of me that I didn’t know I had.

Tell us about your EP I’m Fine…. What’s it about?
The phrase ‘I’m Fine…’ is something I’ve heard myself utter more than anything else as my depressive illness has persisted. It seems I have it for life, and there’s only so many times you can tell your loved ones that you’re struggling before you just resort to saying “I’m fine” even when you’re not.

The EP is made up of songs I wrote over a period of a couple of years where I was really struggling with my mental health. I’m medicated, I’ve been through therapy a couple of times, I’ve been assigned to a Community Mental Health Team and I’ve benefitted from the work of mental health charities like the Mental Health Foundation. Having emerged from that particularly dark period with my mental health, I was left with a collection of songs that are really fuelled by the struggle - all the ups and downs, hope and hopelessness, the rollercoaster of just trying to get from one day to the next when your mind is working in direct opposition to your survival instinct. 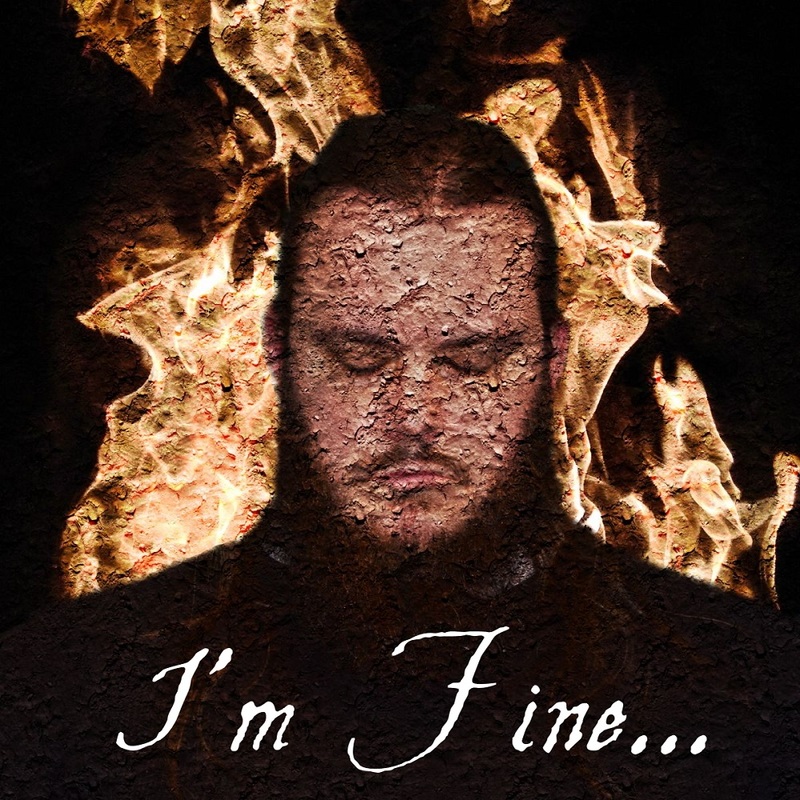 Not knowing quite what to do with those half-finished songs, I finally came to the idea of assembling them into a project about depression that I could use as a vehicle to raise money for the mental health charities whose work helped get me through. It’s a journey, and I think all the darkness in the songs is balanced with a message of hope and continuing the fight, though the overriding message is that it’s a cycle, so all I can really say is ‘I’m fine…’. And I am…seriously!

I’m Fine… is being released at the beginning of Mental Health Awareness Week with all funds raised during that week to the Mental Health Foundation. Can you tell us a bit about your intentions here?
The intention is to raise money for a cause that is extremely close to my heart. I had intended to hold a launch event to raise money, but the coronavirus crisis ended that plan.

Instead, I’m using the release to raise money, and I’m focusing it on that week because of the significance of it. I want to be a part of that community through Mental Health Awareness Week 2020, and I want to give something back in the only way I know how. Incidentally, all money raised from pre-orders in the run-up to the release of the EP will be donated, as well as money raised from people purchasing ‘Where I’m Going To’ or playing the YouTube video.

I would like people who are struggling with similar problems to my own to hear my music, because I think there will be something in it for them. Music has been helpful to me when the content resonates with my feelings, and I hope others might say the same when they hear this project.

When did you write it and where did you record it?
It was all written during 2016-2019 (particularly 201-17, when the depressive episode was at its peak). I had just been through a painful break-up and was at a really low point. It was mostly recorded at home on my own set-up, though parts of it (like guitar solos from Latent and the other contributions he made) were recorded at his studio, LR Studio 1. The saxophone solo on ‘Symmetry’ from the amazing Jason Whitmore was recorded at his end in America. All the mixing and mastering was handled at home, and it really did take a long time to put together and finish.

How does I’m Fine… represent you?
It is definitely the most deeply personal piece of work I’ve done yet, and it’s also me at the most accomplished I’ve ever been as a musician. I delved into my mental health problems in an earlier EP called The Noble Truth, but it was less comprehensive and not nearly as polished as a finished product. Ultimately, my struggle with mental illness has been the most defining feature of my adult life so far, so I feel that releasing a project that expresses it like ‘I’m Fine…’ does is something I have needed to get out of my system. I don’t want mental illness to be the most defining thing of my whole life, so hopefully I can enter a new chapter with my music once this project is released.

What response are you hoping I’m Fine… will get?
First and foremost, I hope that it gets enough purchases and streams to raise a good amount of money to donate to The Mental Health Foundation. But beyond that, I’m hoping the content of the songs will resonate with some people. I feel that the music, as well as the lyrics, reflects something of my own experience of depression. Chaotic, dark, burdensome, but also inspiring and thought-provoking, helping me get to know myself better and learn more about what’s important in life. I’ve always wanted to help people in every aspect of life, and the dream would be that my music connects with lots of people and has a positive impact on their lives. That’s what music has done for me, and that’s what I want my music to do for others.

What else have you got coming up in 2020?
I’ve released a bunch of singles in the lead-up to this EP release – they’re all on my Spotify and the other digital outlets. There’s an instrumental called ‘Friday the 13th’, a Hip-Hop song called ‘Gimme That Bass’ and a kind of rock-ish song called ‘Hidden In Plain Sight’. I have a couple of other singles ready to release later in the year, and I’m working on some collaborations to release as the year goes on. Obviously the situation with the pandemic throws some uncertainty on any kind of live performance, but we were planning to do some live broadcasting and we’ll see what we can come up with.

Finally, if you could go back in time and give yourself one piece of advice, when would it be and what would you say?
I would visit myself in my early 20s and tell myself to go to the doctor about feeling depressed WAY sooner. I left it too late and it spiralled out of control, causing me all manner of problems that have haunted me ever since. I would also give myself a massive boot up the backside to push on with my music. It’s so easy to procrastinate with this stuff, but you end up looking back with regret!