Vítor Siqueira is a composer/producer from Brazil. His debut album, Noturno is an instrumental composition with influences from a wide range of genres such as contemporary/avant-garde classical and jazz, ambient, noise/industrial electronic, and soundtrack. We caught up with Vitor to find out more.

Both I and Noturno have weird combinations and I hope people find things they like, things they’re surprised by, and also things that they’re bothered by.

First up, tell us about yourself - what got you into music?
I got into music when I was eight or nine-years-old probably, there weren’t any musicians in my family so I wasn’t introduced to playing instruments or composing before that. I remember hanging out in my friend’s apartment and that their parents would play us classic rock and blues records. At that time we decided to try the electric guitar and that is most likely how I started making music.

Although I took a very different musical path and don’t really listen to that kind of music really often, that introduction was very important. Turns out that this friend of mine also became a musician and we work together as much as we can to this day. His name is Victor Diz and he is featured on this record. 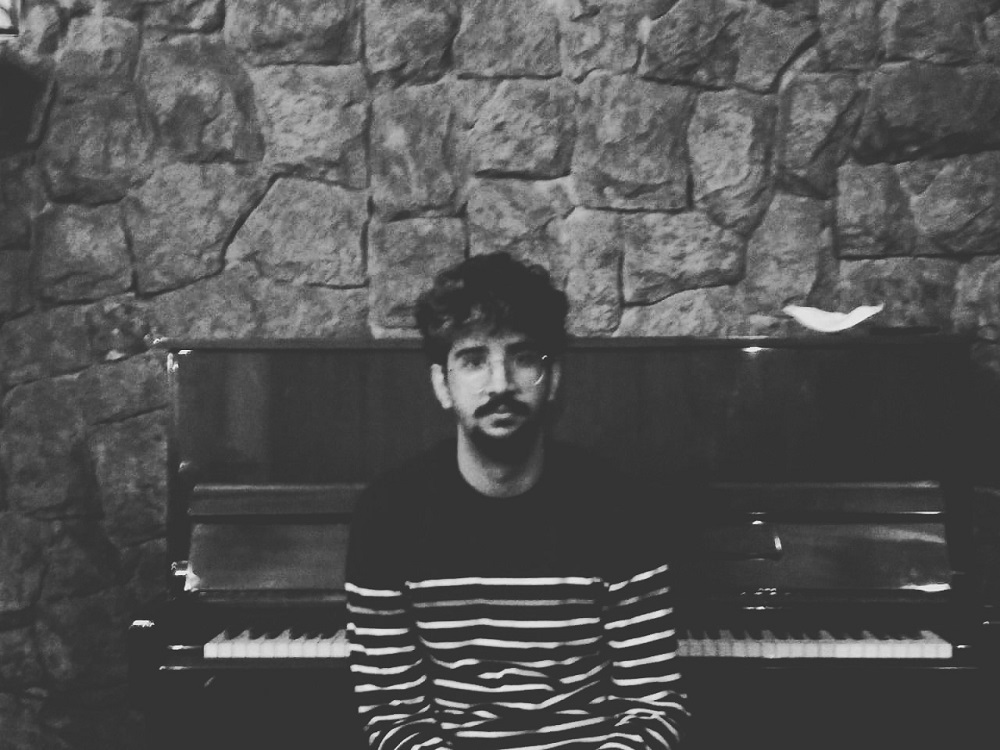 Were there any particular bands or artists you took inspiration from?
There are some artists that stand out to me from time to time, I would say I don’t really sound like them but they do serve as inspiration. Ryo Fukui, Avishai Cohen, Hiromi, Onyx Collective, Xiu Xiu, John Coltrane, and Banda do Casaco are some of the stuff I was very into while making the album.

How would you describe your musical style?
I didn’t put much effort into trying to label my sound, although I do understand it is important for listeners and journalists to find what they’re looking for. When asked I usually introduce myself as a contemporary composer since my influences are mostly from the 20th and 21st century and because contemporary music has a very wide spectrum of styles that may cover almost everything I do. Having that said, I’m just someone focused on doing whatever if fits the purpose of my ideas, from jazz to synth ambient music.

If you could collaborate with any living artist, who would it be?
I’d love to work with A.G Cook. I’m fascinated by his style and his work with PC Music (the label), he is pushing forward the digital sound and using it in a very original way, which is something I don’t see as much in other producers. We work with completely different tools but seeking the common goal of achieving different sounds, this clash of tones would be interesting as well.

Tell us about your album Noturno. What’s it about?
‘Notuno’ means nocturne or nocturnal in Portuguese. In music, nocturnes are compositions inspired by night themes, usually for piano. My intention was to explore the idea while messing with the structure and subverting it in a lot of ways too. Although the album is very piano-driven, I mixed it with different kinds of instruments and genres that could make a lot of more ‘conservative’ musicians really mad (hopefully). I even made a really bright fast-paced sunny jazzy track entitled ‘Solari’ just for the sake of it. 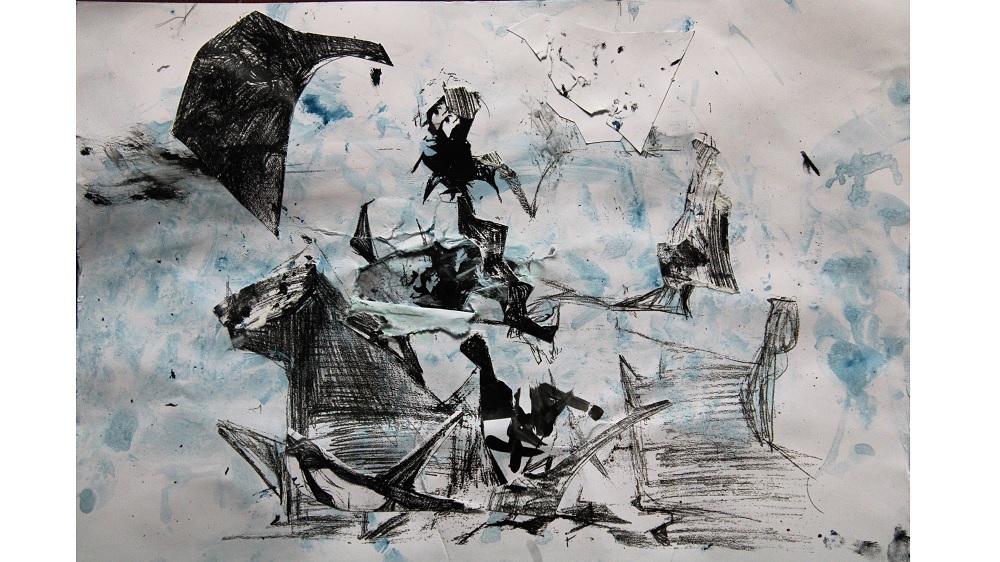 When did you write it and where did you record it?
The album was recorded entirely during the coronavirus pandemic in 2020. When quarantine started I took some time to compose and arrange reference tracks with hopes to be able to finish them in the studio. After a while of working from home and producing other artists remotely, I sent some of the tracks to other sessions musicians such as violinist Jovana Krazic and saxophonist Alex Fink, and guitarist João Oliveira. I loved their performances and really wanted to finish those songs right away.

I set up my equipment at home and recorded all my parts. In the next few months, while polishing the second half of the album, my friends Víctor Diz and Enrico Nolasco joined me at home to record additional acoustic guitar and bass parts. All production, mix, and mastering were done by me in the same context.

How does Noturno represent you?
I’m glad this project turned out the way it was because I do think it represents me. I think it has a challenge for any kind of listener. You may find something that you don’t like or expect at the same time you may feel pleased by certain moments, or both at the same time. Many artists seem to focus on making music that connects with their audience. I’m not interested in that at all, I think the connection is as interesting as disruption.

The best feeling I get from my work is when I’m told someone discoverers something that they didn’t know they would ever like in my music, but they did. Or when someone feels out of place and at the same time curious about what is happening, like when we’re children experiencing something thrilling for the first time. Those are feelings that make me learn and relearn music. Both I and Noturno have weird combinations and I hope people find things they like, things they’re surprised by, and also things that they’re bothered by.

Can you talk us through each track?
‘Elysium’ is an intro, it is also the only track directly inspired by something, it is almost a fan art. I’m a big fan of the game/graphic novel Disco Elysium and I wanted this one to be something I would have done to be featured on the Disco Elysium OST in a hypothetical scenario.

‘Benjamin’ is meant to be energetic and colourful, initially composed to be a theme for a fictional character I created with the same name for a comic, A straight forward tonal and rapid violin and piano duo. Great performance by Jovana Krazic, added a lot of interpretation to the strings parts I’ve written.

Guitarist João Oliveira joined me on ‘Solari’, a sun-based track on a nocturnal album as I said. The polyrhythmic feel is what made it really interesting, it was quite tricky for me to record the drums, João created sweet ambiences and effects to fill the guitar track. 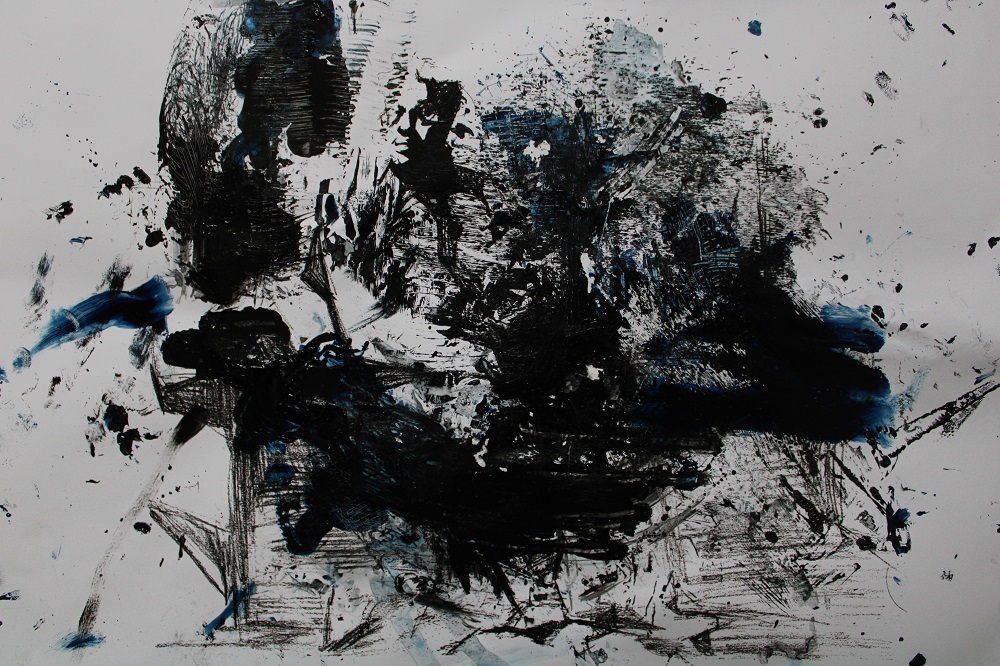 ‘Lenora’ is a tango-jazz session with a mysterious/chromatic touch incluiding parts and solos from saxophonist Alex Fink, bassist Enrico Nolasco, guitarist Víctor Diz. It is the start of a more obscure and haunting feel that dominates the B-side of the album.

‘22’ is exactly what it sounds like, a piano catharsis. I accidentally recorded it at 4 am, I was exhausted and gave up trying to record a part he had written before, I messed up in the middle and started to punch the keys in frustration. A few days later, I found the recording and some fragments of it served as insight to compose ‘Cirsaens’ and ‘22’ works as an intro to it.

‘Cirsaens’ is a very dark, rough and dense part of Noturno. The influence of ‘Danse Macabre’ by Camille Saint-Saëns can be heard, although it is nothing but a starting point. There are some distorted industrial sounds in the background and a very tense melody that guides the track until the creepy circus-inspired interlude.

The closing track, ‘Eclíptica’, for me, is a portrait of the fear of fading the way in contrast to the acceptance of it. I tried to make a duality of tension and relief throughout the whole thing with the vocal harmony layers and felt like this was the time to build up for a very experimental electronic noise bridge with breakbeats and stuff. I like how it leads back to the tonal harmony as the record ends.

What are your hopes for Noturno?
My hopes for Noturno are that it continues to be heard in many different places and reach people that will truly give it time and attention. I am already pleased that I got to know different people, collectives, and magazines such as this one through this release and I hope that I’ll share music and thoughts with many more.

What else is coming up for you in 2021?
I’m planning on making an EP for 2021, I got a proposition from a contemporary music label to have my music released in it by the summer. I also work as a producer and attend music college in São Paulo.

Finally, if you could go back in time and give yourself one piece of advice, when would it be and what would you say?
Honestly I haven’t thought much of changing the past at all. I learned a lot from my mistakes, so they’re kinda important, I think I’d just tell myself to not miss opportunities for fearing failure or being wrong.

Listen to Noturno to Spotify below. For more about Vitor Siqueira, you’ll find him on Instagram, Spotify, YouTube and Bandcamp.