Synth-pop trio Twist Helix released their latest single ‘Louder’ in February, ahead of their upcoming sophomore LP due for release in September. We chatted to them about their formation, style, response to the single and changes to their 2020 schedule.

We’ve always loved being a bit DIY and not feeling constrained by expectations or conventions of genre.

First up, tell us bit about yourselves - who are Twist Helix, and what were you doing before making music together?
Hey! We’re Twist Helix, we’re a synth pop band based in Newcastle, but originally our members are from Alicante, Spain, and the equally exotic tourist hotspot of Costa Del Teesside in Northern England. The band was formed in 2015 when Bea started songwriting with James.

Shortly thereafter, we met Bazz who was playing with his punk band Casual Threats, we got on well and asked him to join the band in 2018. We’re probably best known for our 2018 album Ouseburn.

Who did you take inspiration from?
We’re all big fans of bands like White Lies and M83. But we’re influenced by a load of stuff from 80’s synth-pop to la Movida Madrileña, post-punk and new-wave. We like music that’s direct but also quite widescreen and cinematic in its use of sounds. Bea, in particular, likes synths with full and anthemic sound which gives our music its own personality.

Why the name ‘Twist Helix’? What do you stand for?
The name is from the double helix model of DNA. We always wanted to write music about and about identity and where music comes from.

How would you describe your musical style?
We have a bit of an in-joke that we’re “a punk band masquerading as a synth pop band” (and vice-versa), but there’s some truth to it. We’ve always loved being a bit DIY and not feeling constrained by expectations or conventions of genre.

Instead, our approach is pop music by trial and error. If we like the way something sounds then it’s a song, it keeps the three of us engaged in what we’re doing and naturally that enthusiasm translates into the live shows which are full on.

If you could collaborate with any living artist, who would you love to work with?
I think each of us will have our own preferences depending on our instrument. While this is a massive long-shot and completely unlikely, Anthony Gonzalez from M83 will be Bea’s first choice, as she gets a lot of inspiration from the way he works with synths and electronics.

James would like to collaborate with Michel Gondry, as he loves his films and particularly his work on music videos. And Bazz would like to collaborate with Juan Alderete from Racer X/Mars Volta/Deltron 3030, as his favourite bit about studio recording is messing around with pedals and basically deconstructing the bass parts he has written to take them in a different direction. 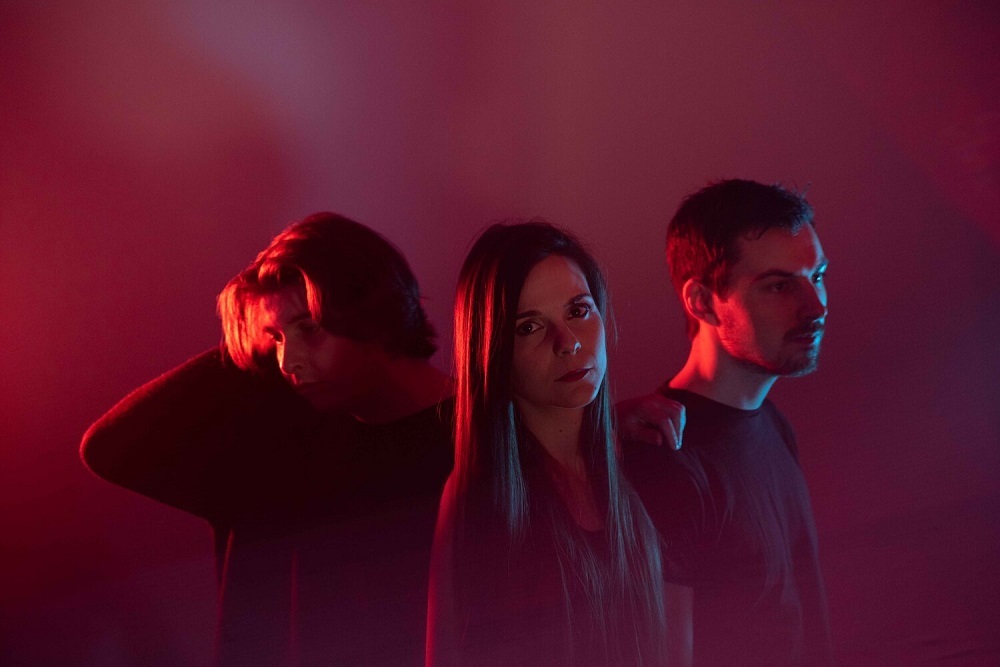 Tell us about your album Ouseburn. What response did it get?
It was a very well-received album in a much better way we could possibly think of. It increased our fan base quite dramatically, opened doors for us to get into other type of scenes, got us national radio airplay in Spain, as well as supporting Take That. So, not bad at all!

Tell us about your new single ‘Louder’. What’s it about?
‘Louder’ speaks about our frustration with the entrenched misogyny of the music industry, particularly in its relationship with female artists. Our experience is that we have always been held to a ridiculous critical standard that would not be applied to our male contemporaries, so we just wanted to shout as loud as possible that we have a voice and we should be heard.

When did you write it and where did you record it?
We wrote it during our summer residency at The Sage Gateshead and in terms of production, it took us taking the track to 3 studios until we got the sound we wanted. Thanks to our long-time collaborator Iñaki Martinez, we were finally able to release our vision of the record.

How does ‘Louder’ represent your sound?
It probably shows the new direction of the band. We used to over analyse our music. This is a lot leaner, it is poppier and much more impactful and direct. And actually, we think this is a sound that suits us. There’s still these synth rich textures that are familiar to our fans and a mix of sweet and shouted vocals which we had never done before.

What response did ‘Louder’ get?
It’s already our second most streamed song ever, reaching 10K plays on Spotify in less than a month! That is just incredible considering we are a live band who never really cared about streams.

What are your other plans for 2020? Can we catch you on tour?
Wow, about that, we had a whole tour planned, including some great festival slots that we were unbelievably excited about… But in light of the COVID outbreak, all have been cancelled :( We’ll try and get back out there, but one thing is certain, we will do our best to get our album out this year.

Finally, if you could go back in time and give yourselves one piece of advice, when would it be and what would you say?
Be brave. Any time.

Listen to ‘Louder’ on SoundCloud below. For news go to twisthelix.com.