Ten-piece Irish group TOUCAN is the funk-laden brainchild of Conor Clancy. All hailing from Munster including Limerick, Waterford and Cork, they have eclipsed more than one million streams on Spotify. Next month they release EP So Easy To Love You - we found out more.

[Our sound] lands somewhere between soul, Motown, funk and pop. I think if you throw all those elements into a pot and mix ‘em up, you get a sound like ours!

First up, tell us bit about yourselves - what led you teaming up as TOUCAN?
Well, the way it happened was a pretty slow and organic beginning. I had been writing songs for years and eventually I started hearing things like brass and backing vocals and big groovy band interludes in the songs, but I wasn’t sure where to start because I had been playing acoustic for so long.

It was something I just kept in the back of my mind, and as I spent a lot of time in the music community in Cork and around the rest of Ireland, I became introduced to everybody as friends and eventually I decided to try things out with these people and see if it worked. A few people have come and gone through the band at this stage, but we’ve had the team as it stands for quite a while now and it’s really feeling like a family.

Who do your take inspiration from?
I take lots of inspiration from old school greats like Stevie Wonder, Curtis Mayfield, The Emotions and bands that have these huge, ripping brass riffs, groovy band interludes and are also heavy on the backing vocal sections. I’ve been a big fan of Conor O’Brien and his lyrics for years, and have been a huge fan of James Vincent McMorrow and Jungle in terms of the way they mix electronic elements with a live band sound.

How would you describe your musical style?
I’d say it lands somewhere between soul, Motown, funk and pop. I think if you throw all those elements into a pot and mix ‘em up, you get a sound like ours!

Why the name ‘TOUCAN’?
I went through lists and lists of different potential names, but for some reason I was always drawn to TOUCAN and it made it from the first list to the very last one. I took it as a sign and just went with my gut!

If you could collaborate with any living artist or band, who would you choose?
I think if I had to choose, I’d have to pick the almighty Snarky Puppy. To jam out with them would be one thing, but to sit down and collaborate on the writing of a tune would be unbelievable. 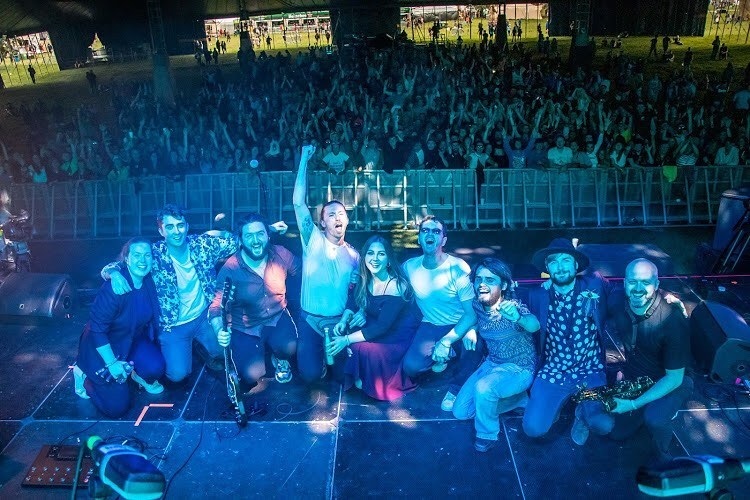 Tell us about your new EP ‘So Easy To Love You’, what’s it about? What are its themes?
Well, my music is mostly about celebrating the person you love and the love you feel for them. I was inspired years ago about this tone of songwriting from the way a lot of soul music is unashamedly dramatic and sort of overwhelmed by the feeling love in a positive way. So two of the songs, ‘Honey’ and ‘In This Warm Morning Light’ are similar in their tone and similar to the last EP that we released in that they hone in on the idea of being totally wrapped up and dazzled by this new feeling of falling in love.

‘Another Lover’ is a new song I wrote where I wanted to change up the feel of the music and the tone of the song. It’s about discovering your partners infidelity but overcoming it.

When did you write So Easy To Love You, and where did you record it?
We recorded the EP in the studio in the Cork School of Music that they really kindly let us use. Because we’re an independent band, it’s difficult to manage the costs of everything, and having that resource was absolutely deadly. I wrote two of the songs over the last few years and we’ve been playing them live for a while now. ‘Another Lover’ was something I wrote over the summer, wanting to change the vibe up a bit and change the way I write songs.

How does So Easy To Love You represent your style?
I think the EP represents our style in that there’s three very different songs that feature on the record. There’s one that’s reminiscent of motown, another that’s much more quiet in its dynamic and then grows into a full funky groove, and one that’s much more modern and has a lot of electronic elements. I think we’re a pretty diverse band in terms of the genres we play, so this EP represents our versatility.

Can you talk us through each song?
Sure! So ‘Honey’ focuses on the feeling of falling in love. It hones in on the image of being at home with your lover and the house filling up with honey, as you both become totally immersed and encompassed in it. ‘In This Warm Morning Light’ is about leaving a party as the sun comes up after you’ve discovered feelings of love for someone you spent the night with, walking home with a big smile on your face.

‘Another Lover’ is a totally different vibe, about finding out that your partner has been cheating on you, but treating it as a victory in that you dodged a bullet and you deserve more than what you’ve been getting, instead of being upset about it.

What are your hopes for ‘So Easy To Love You’?
All I can ever really hope for is that people enjoy listening to it, that they enjoy dancing to it and hopefully they can find some meaning in the songs!

What other plans do you have for the year and into 2020? Where can we see you on tour?
It’s been a really busy year and we’re gearing up for a big finish with a UK & Ireland tour - we’re doing Glasgow on the 14th, Manchester on the 15th and London on the 16th of November! We’re also doing Limerick on the 21st of November and finishing up in Dublin at The Academy on December 5th. 2020 is still a bit of a blur, but I think it’s safe to say we’ll be playing a lot of live shows across the UK and hopefully Europe & beyond!

Finally, if you could go back in time and give yourselves one piece of advice, when would it be and what would you say?
I think I’d go back to when I finished college and I was feeling a bit down and directionless, I’d say to have faith in what you’re doing, keep trying your best but don’t stress so much because you have to give things time to develop.

Listen to TOUCAN on Spotify below. For news and tour dates go to toucantheband.com.