Techno and electro duo Techmarine Bottom Feeders is Paris the Black FU from Detroit Grand Pubahs and Luxus Varta. The concept stems from Paris since his childhood, thanks to the covers of novels his father was reading at the time, when he imagined his own stories such as ocean-dwelling misfits.

Their debut album, ‘Boanerges and the Watery Deep’, follows two EPs and invites us to discover a world where genetically-modified food begins to affect the poorer masses of the population physically, altering their DNA. Beginning to feel more comfortable in water than on land, a community of those affected decide to return to the seas. We spoke to Paris and Luxus to find out more.

‘Boanerges and the Watery Deep’ represents the changing times, the weight of the mood of the world. It also represents our first album together and the time it took to finish it. 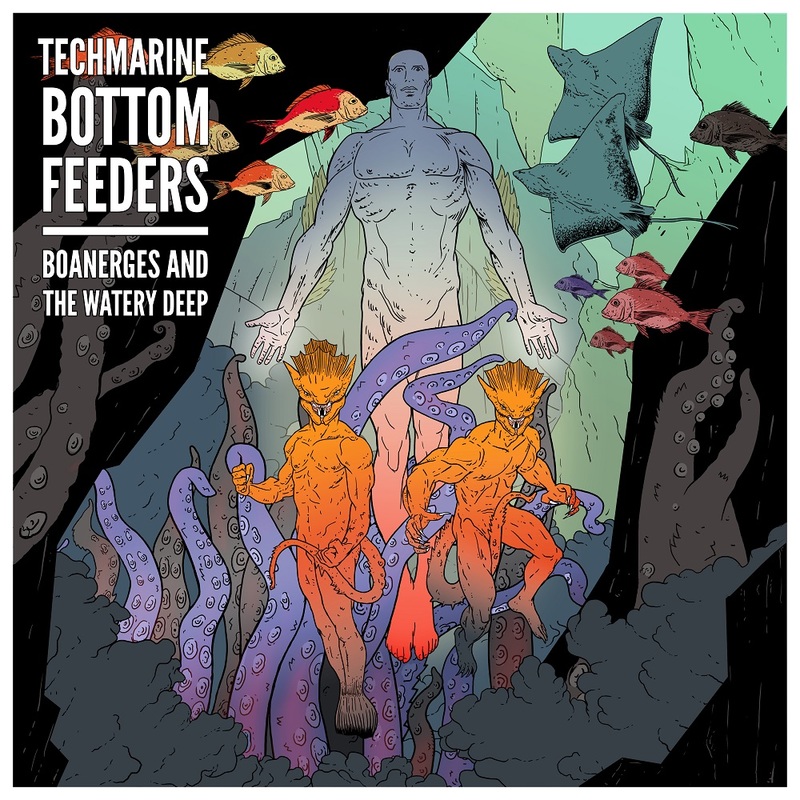 First up, tell us bit about yourselves - who are Techmarnie Bottom Feeders, and what were you doing before making music together?
Paris: Well, the Techmarine Bottom Feeders are, more or less, genetically modified humans. The chemicals in the air, water, food, and even clothing, not to mention the GMO foods, have had an adverse effect on the human race and has “modified” our gene structure.

Before making music with Luxus, I was doing, notice I didn’t say making, music as the Detroit Grand PuBahs and had just gotten married.

Luxus: The whole concept of TBF came from Paris, his imagination is very inspiring. I was so excited when he asked me to work with him on this project !

I played drums in several punk-rock bands until early 2000’s. Then I thought that electronic music would be interesting to concretize my own ideas.

Why ‘Techmarine Bottom Feeders’?
Paris: That’s a good question, thank you for asking. Now that you have, I’m not quite sure how to answer it. I love water! Thunderstorms and the mood they bring, the ocean and how impressive and powerful it is. I love swimming, although I don’t get the chance to do it much. I used to imagine living underwater when I was a kid and sometimes I still do. Living where not too many people dare to go and in solitude.

Luxus: Right, living underwater is such a sweet phantasm… silence and mermaids :)

What do you stand for?
Paris: An old lady on the bus. No, seriously. This project enables me to get away from the Detroit Grand PuBahs and to do the more serious, experimental music along with social commentary. So, I guess you can say we stand for, I hope this doesn’t come off too corny, truth. I am really disgusted at the way the earth and the environment is being taken advantage of and want to get that off of my chest, so to speak.

Luxus: ART is the answer.

How would you describe your musical style?
Paris: Experimental with a direction. We have the openness of searching a sound or a rhythm, but, at the end of the day, it has to serve a purpose and fit the idea.

Luxus: Techno or electro, whatever you call it, it’s all about experimentation.

If you could collaborate with any living artist, who would you love to work with?
Paris: I Would love to work with Chick Corea or Bob James. Somebody old school and totally iconic. I can dream can’t I?**

Luxus: Working with Jim O’Rourke, or playing drums with Melvins would be awesome! 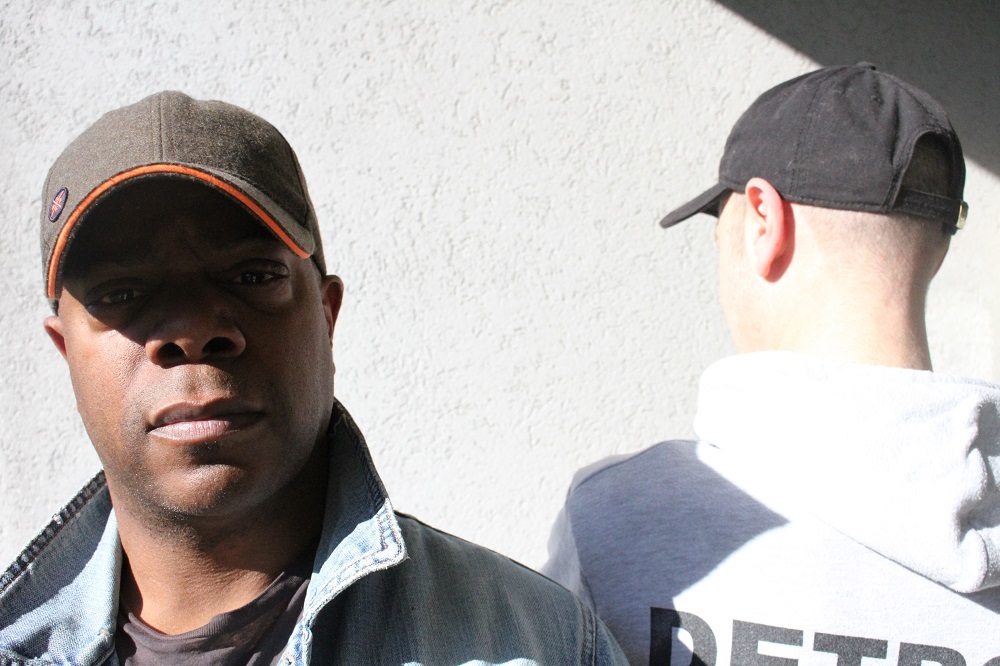 Tell us about your new album Boanerges and the Watery Deep. When did you write it and where did you record it?
Paris: That’s funny! You know? We started this album about 8-10 years ago but never got around to releasing any singles or an album because Luxus lives in France and I live in at an undisclosed location, which wasn’t a huge problem.

The problem was when my wife and I moved to the U.S.A. for about five years, then moved to another undisclosed location. I met up with Luxus again and after listening to the older tracks again in conjunction with some newer ones we decided to get serious and finish the project. The project was recorded in his and my studio. I mixed everything here at the Depths.

How does Boanerges and the Watery Deep represent you?
Paris: It represents the changing times, the weight of the mood of the world. It also represents our first album together and the time it took to finish it.

Luxus: It’s a great evolution for me as an electronic artist since my background is more punk-rock oriented.

What are your hopes for Boanerges and the Watery Deep?
Paris: To be honest, I don’t have any expectations but that doesn’t mean I don’t have hopes. I’m a pessimist with an optimistic outlook. We’re in big trouble, we’re going to be just fine. The glass is half empty, I’ll drink the rest. I don’t expect people to like it but I hope they do.

Luxus: If some people feel the same emotion as us while listening to the album, we are happy enough for going ahead.

What are your other plans for 2020?
Paris: We haven’t really discussed any other plans for 2020 except to get back to work. We feel we should keep working to develop the story and create more music and define the sound of the group before anything else. You take a bite of something you’ve never had before, you don’t know whether you like it or not so, you take another bite then make your decision. Right?

Luxus: Just keep the good direction and try to make always better than before.

Finally, if you could go back in time and give yourselves one piece of advice, when would it be and what would you say?
Paris: Wow that’s a really great question! Lol!!! I’d go back to the day my mother took me home from the hospital. I’d look at myself and say, brace yourself and listen to your mother.

Luxus: The day I was born: trust only yourself!

*Listen to the Techmarine Bottom Feeders on SoundCloud below. ‘Boanerges and the Watery Deep’ is released on Friday (April 24th) on EPMmusic.