Sons, a raucous rock & roll duo from Brighton, are Lee (lead vocals/guitar) and Nick (drums) Meldrum. We caught up with the pair to chat about their new single ‘Sweat’.

Our name is a dedication to our mum. She was our biggest fan in all the bands we had been in before, so when we started as the two of us, it seemed perfect.

First up, tell us bit about yourselves - who are Sons, and what were you doing before making music together?
Hey! We’re SONS! Nick and Lee, two brothers making a racket coming out of Brighton.

Who did you take inspiration from?
We grew up surrounded by music. Because our parents divorced when we were young and weren’t into the same kind of music at all we had influences ranging from The Bay City Rollers to Sepultura. I would say for us both Nirvana was the spark that got us wanting to make music though.

Why the name ‘Sons’? What do you stand for?
Our name is a dedication to our mum. She was our biggest fan in all the bands we had been in before so, when we started as the two of us, it seemed perfect. We are our mother’s ‘sons’.

How would you describe your musical style?
I always find this question hard because how one person hears music is very different from how someone else’s might. I would say we are a punk/grunge band, In Utero but a bit heavier…

If you could collaborate with any living artist, who would you love to work with?
For me it’s Chino Moreno, I love the Deftones, and everything else he has done. I’m not sure about Nick, maybe Biffy. 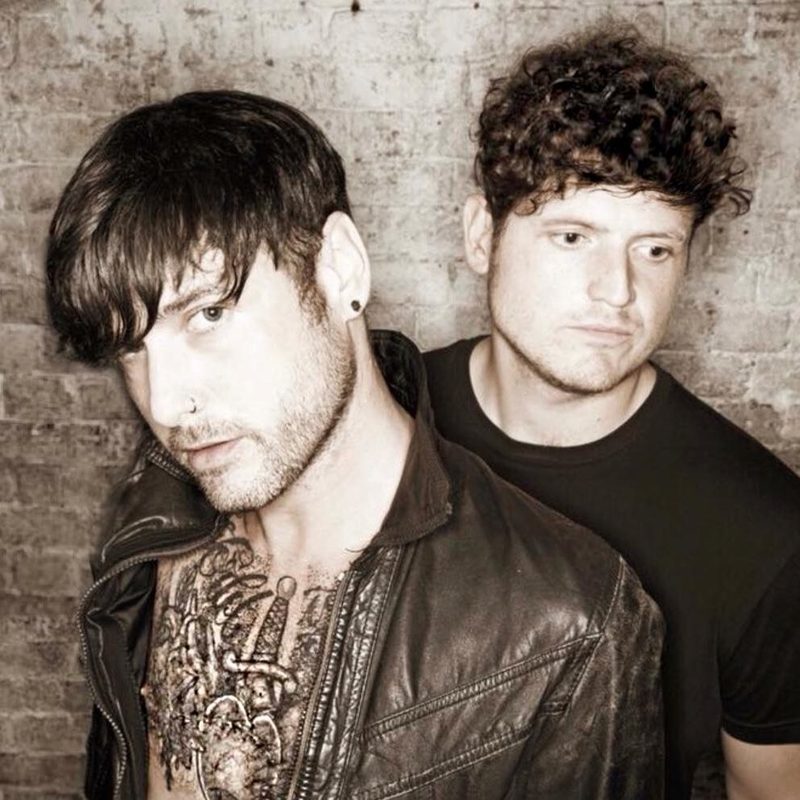 Tell us about your new single ‘Sweat’. What’s it about?
Again a hard question, for me it’s about a romantic situation but I want anyone that listens to find their own meaning.

When did you write it and where did you record it?
We wrote and recorded Sweat at Ford Lane Studios in December 2018, it was only supposed to be a demo but while looking around to re-record as a single we realised we loved the rawness that was captured there and then.

How does ‘Sweat’ represent you?
As a band I think it represents us in that we are raw, we are noisy, we are angry but we can write hooks haha.

What are your hopes for ‘Sweat’?
I hope the same for Sweat that I do for every song I write, I hope it might touch a nerve in someone that starts them on the making music path, like Smells Like Teen Spirit did for me.

What are your other plans for what’s fast becoming a crazy year?
At the moment I really don’t know. We were meant to be announcing a mini-tour in Europe this week but that’s gone haha. We are though going to be working with a well-known producer to get an E.P recorded as soon as we possibly can right now. So fingers crossed.

Finally, if you could go back in time and give yourselves one piece of advice, when would it be and what would you say?
Haha, hmm, I don’t really think I’d give myself any advice, all trials and tribulations make you who you are, live and learn.

Watch the video for ‘Sweat’ on YouTube below. For news, go to sonsband.com.