Slyrydes are a four-piece band from Galway city: Fuz Reilly on bass guitar, Mark Comer on lead guitar, Marc Raftery on vocals/words and Paul Clarke on drums.Slyrydes are known for touching on the subject of mental health and the HSE, and their new single is ‘I Claim to be Intelligent’. We caught up with Fuz to find out more.

‘I Claim to be Intelligent’ is about being depressed and it’s about feeling a bit frustrated and lost. I like how it feels a bit like a love song, but it’s not. Not a conventional one anyway!

Who are Slyrydes? Slyrydes are a little collection of music nerds. Before we played in the band together we were just mates. We all had different musical projects going on in the past but we’d usually find ourselves together late at night chatting about which Blur album is the most interesting or brooding over the Clash.

Who did you take inspiration from?
I dont think there was any one band or thing we took inspiration from. We are scholars of pop culture. I think we organically moved toward the idea of playing music together. We’re all actually quite different from each other too with our broader tastes, but we have a lot of respect for each others loves and a lot of respect for the arts and music in general so really this was always just a project to sort of “Stop fucking talking about it and let’s see what happens when we play together.

Why the name ‘Slyrydes’? What do you stand for?
Mark Raftery or Rafto, is the singer in our band. Rafto came up with the name. I’m pretty sure we all disliked it a bit at the start but names lose all meaning so quickly. Like, Nirvana is a bit of a shit band name, especially for the style of music they played but nobody ever breaks that down do they? You just associate the name with the music. I like it now. Rafto used to manage a pub in Galway city. I think he saw a lot of affairs or stuff that shouldn’t be seen.

Like a sly ride. That’s what I always think about if I ever break down the name.

How would you describe your musical style?
Our musical style is a funny one. I think we would’ve considered ourselves like a hard indie band to start. A bit rock and roll, a bit messy.

But now everyone just calls us ‘post punk’ because post punk is super fashionable right now. I dont like labels man, but I understand the need for them. If people feel they need to put us in the post punk category that’s totally fine with me. I just want to write songs that sound cool to us.

If you could collaborate with any living artist, who would you love to work with?
I assume you mean collaborate musically? I’d like to collaborate with Gordon Ramsay on a tasting menu. Musically? I’m going to answer for myself here and say Damon Albarn. Now, this answer would probably change every five minutes, but I think the man is a powerhouse of creativity. I would love to see his process. 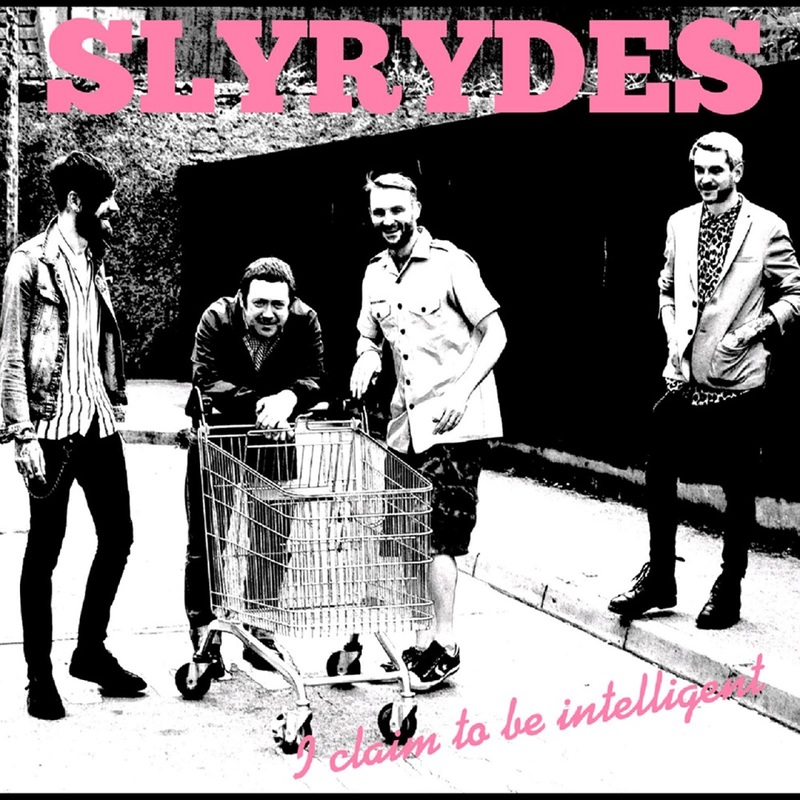 Tell us about your new single ‘I Claim to be Intelligent’. What’s it about?
Rafto writes our lyrics obviously but I know this song is a conversation in one person’s head. It’s about being depressed and it’s about feeling a bit frustrated and lost. I like how it feels a bit like a love song, but it’s not. Not a conventional one anyway!

When did you write it and where did you record it?
We probably wrote it around November last year. Myself and Paul, the drummer, recorded it before Christmas and Mark and Rafto (they’re actually both called Mark) put their parts down in January/ February this year 2020.

How does ‘I Claim to be Intelligent’ represent you?
We always record with Dan Doherty in Darklands studio in Dublin. I’ve known Dan for years. We went with him for our first single ‘Mental Health’ and within seconds we knew he understood our band. Dan gets us. We’re currently slowly working on our debut album with him. Dan is the coolest and possibly most important producer in Ireland right now. He is responsible for some very famous bands, but fundamentally he is a fucking artist himself.

This single represents this exact moment in time for Slyrydes. It’s the first song to us where we’ve taken a little step a bit forward and a bit sideways at the same time. The way we’re writing right now is very exciting to us because we have no fucking clue what way it will go.

What are your hopes for ‘I Claim to be Intelligent’?
Our hope’s for the single is that peoole like it. Lets face it like, making music is a lot cooler when you know people like it. A younger me may have been annoyed to hear older me say that but it’s TRUE. For the first time ever Slyrydes has an audience and I think that drives us a lot. As far as anything else I dont think we really care. We really do just want to write good music.

What are your other plans for what’s fast becoming a crazy year?
As far as plans for this year go, who knows now? We hope to still play most of the shows we have booked. At this stage that’s a big aspiration for this year. As I’m sure any artist will say. As for everything else, finish this album and keep pumping the tunes out.

Finally, if you could go back in time and give yourselves one piece of advice, when would it be and what would you say?
I wouldn’t change anything about our band. I don’t think I could impart any important advice. We’ve made every mistake possible. We’ve suffered alcoholism, rehab, getting arrested, breakdowns… you name it.

But in a fucked up way all of that made us better. It made us focus. Now we wrote about how we feel you know? We write with a raw honesty. That wouldn’t exist if we didnt do all that crazy shit.

Oh, I’d tell us to book a hotel room when you go to Derry. That’s very useful advice I wish we had actually. But that’s a story for another day.

‘I Claim to be Intelligent’ is out now - watch the video on YouTube below. For Slyrydes news and tour dates, visit slyrydes.com.