Based in Margate, avant-pop shoegazers Sisyphes is former La Houle guitarist and songwriter Geoffrey Papin, Clémentine Blue (Tiger Lion), John Davies (Michael A Grammar, Traams) and Jimi Tormey (Gang). Their new single is ‘Samsara’ - we caught up with them to find out more.

First up, tell us bit about yourselves - who are Sisyphes, and what were you doing before making music together?
Sisyphes is a French-English band and we all joined in Margate (Kent) to make music together. The project started with Geoffrey writing a bunch of songs in 2018, then recorded them with Frank Mockett (the Road Records) in the south of France.

John’s incredible drumming was also captured at that time, he was playing for Traams and tour managing bands before joining us. Part of the team is also Clémentine, Geoffrey’s partner in crime who is behind the project Tiger Lion and a video editor by day ; and finally the talented Jimi Tormey who is part of Margate based Gang has been playing psych synth for us.

Who did you take inspiration from?
We are mainly influenced by avant-pop bands like Stereolab and Broadcast, and also the new french “wave” of pop like Julien Gasc (Aquaserge), Halo Maud, Flavien Berger…

There is definitely an affinity with shoegaze music, as bands like Cocteau Twins and My Bloody Valentine really shaped our sound for this first album. Inspiration can also come from visual art or painting, and we partly came to Margate driven by our love for the painter Turner, whose work really echoes our washed out reverby style. Turner’s late blurry studies of light totally express the synesthesia, it’s like painting shoegaze music, or if shoegaze music illustrated his work.

Why the name ‘Sisyphes’? What do you stand for?
Sisyphe is a character from a greek myth. After defying Death and the Olympus gods, he was condemned to push a boulder up a mountain that would inevitably fall down before reaching the summit, every time. Choosing this name stands for a beautiful metaphor of the life of an artist and people in general.

The myth of Sisyphus is also a book by Albert Camus - this reading has been a salvation & a guide during an important time in my life, and it’s inspired the way I’m making music now.

How would you describe your musical style?
Imagine Stereolab under methamphetamine, meeting Serge Gainsbourg for a blissful trip.

If you could collaborate with any living artist, who would you love to work with?
I would like Daniel Larrieu to dance for me in a music video like he did for Rubin Steiner! 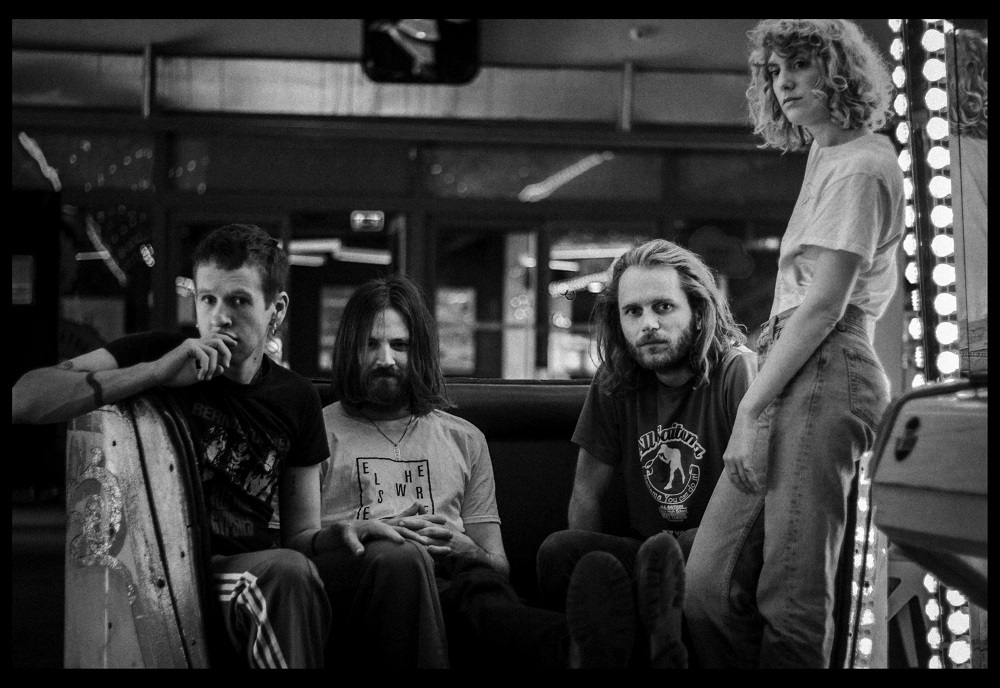 Tell us about your new single ‘Samsara’. What’s it about? What are its themes?
‘Samsara’ is a sanskrit word, illustrating the cyclical concept of life, death and reincarnation. It is very rooted in the Hindou religion.

Clementine wrote the vocal line not long before going to India and it was a way to apprehend this trip and nourish a fantasised vision of the sub-continent. The lyrics are also inspired by Castaneda, an American author and anthropologist who wrote a book about Shamanism. He was taught about concepts such as forgetting about your own importance and considering death as your companion in order to change your perception of the world.

Death in India seems to be considered as a way to elevate yourself, almost a relief, and this tune is an attempt to have a peaceful conversation with it.

The meaning of this song evolved and solidified during our journey in India, and capturing fragments of life there felt relevant to illustrate the track.

When did you write it and where did you record it?
Geoffrey had written an instrumental track in the winter 2018, and Clementine wrote the lyrics soon after. The final takes were recorded in the south of France in December 2018. We recorded with Frankie Mockett (the Road Records) - he plays in a band called Samana and owns a mobile all-analog studio. Samana were doing a residency at that time so he suggested we come down to record. We were in a kind of mansion in the middle of the country, it was very dreamy.

How does ‘Samsara’ represent you?
This track represents us because it’s an accessible pop song talking about a complex thing, with different levels of interpretation. You may find it soothing and immediate the first time, but you might find other reflexion leads the second time, listening to the lyrics. I think it’s a pattern you can find throughout the album, both in the music and the lyrics.

What’s been the response to ‘Samsara’?
The label really liked the song and video, so I hope people will like it as much as they did! It also made sense for them to really try to push its exposure in the UK as it’s our only song with lyrics fully in English.

What are your other plans for 2020? Can we catch you on tour?
We will try to survive this worldwide crisis first, maybe see you in 2021? We had a tour planned in France in May and some UK gigs in the summer but it looks like all of this will be cancelled.

Finally, if you could go back in time and give yourselves one piece of advice, when would it be and what would you say?
Maybe I would tell my younger self to focus on the journey and not the summit, like a classic sisyphe!

Listen to ‘Saṃsāra’ on SoundCloud below. For news, go to the Sisyphes Facebook page.