Flensburg indie-rock band Silent Attic are inspired by early rock legends such as Giant Rooks, Arctic Monkeys and The Strokes, as well as and life experiences. Their latest single is ‘Hide Away’, and we caught up with to find out more.

We always find it pretty hard to classify our music in genre, but our sound could be described a mixture between atmospheric indie-rock and some classic rock and post-punk elements.

First up, tell us a bit about yourselves - who are Silent Attic, and what were you doing before making music together?
When we started the band about two years ago, most of us were still going to school. This is how we met. We soon discovered that we’re kind of into the same music and it didn’t take a long time until we decided to form Silent Attic. At that point we didn’t expect to get anywhere with our music at all, but we soon discovered that people were actually into the stuff we wrote so we kept going. It’s totally crazy to see how much happened in the last two years!

Who did you take inspiration from?
It’s probably not a suprise that our music is heavily influenced by the indie/alternative scene of the 2000s. In the beginning, the whole band had a crazy obsession with the Arctic Monkeys, especially their first two records, but we soon started to combine a whole bunch of different influences in our music. While we’ve been writing ‘Hide Away’, two other artists have heavily influenced the sound of the band and our songwriting: the American singer and songwriter Briston Maroney and the indie-rock band Wallows. You can year a lot of those influences in the newer Silent Attic stuff.

Why the name ‘Silent Attic’? What do you stand for?
We are not 100% which one of us came up with the name back then, but the idea was born because of the location of our first rehearsal room on our drummer’s attic. 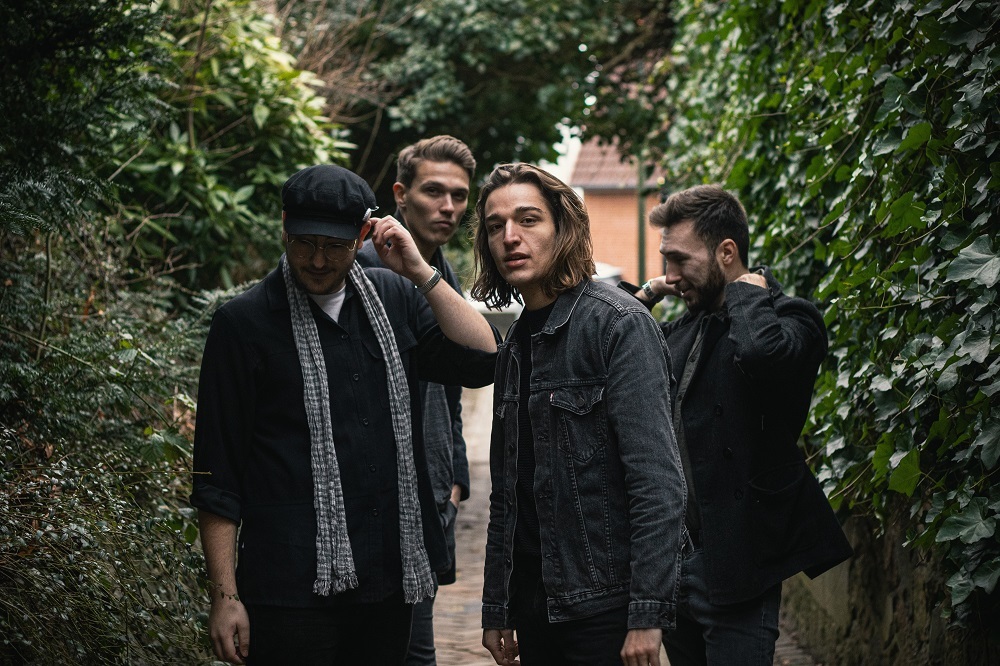 How would you describe your musical style?
We always find it pretty hard to classify our music in genre, but our sound could be described a mixture between atmospheric indie-rock and some classic rock and post-punk elements.

If you could collaborate with any living artist, who would you love to work with?
That’s a pretty hard one! We’ve got so many idols who are still active nowadays, but if we had to decide for one, we’d probably either choose the Arctic Monkeys or The Strokes. They both had such a big influence on our taste in music, our songwriting and the sound of the band in general, it has to be one of them!

Tell us about your single ‘Hide Away’. What’s it about?
Freedom, breaking out of the ordinary, trying to fit into the modern nine-to-five world. It’s a pretty hard time for every artist when you start growing and you’re getting closer to the point where you have to decide if you want to make music for living you’re dropping out because it’s too risky. A lot of bands split up in that phase. Of course you have to deal with these questions, but sometimes you just want to “Hide Away”, you know?

When did you write it and where did you record it?
‘Hide Away’ was already written last year, but it took quite some time until the song was ready to be recorded in the studio. During the last few months, we put the final touches to the song, before we went to Denmark to record it.

How does ‘Hide Away’ represent you?
We tried to develop further as a band in terms of sound and songwriting and we think ‘Hide Away’ represents that development quite well. It’s only the second single since our debut album Late Night Talks and it’s pretty exciting to see how the whole band has changed since then.

What are your hopes for ‘Hide Away’?
Of course we’re trying to grasp attention of a larger target group, maybe even outside of Germany. It’s been a pretty long time since our last release “Turn Him Over” and it’s nice to be back with a new song, let’s see where it takes us!

What are your other plans for what’s fast becoming a crazy year?
Because of the Covid-19 crisis, we had plenty of time to work on new material for the band. But as soon as the live industry starts to get going again, we’re so excited to hit the stage and play some live shows, maybe even go on tour again. It’s been such a long time since our last live show and we’re really missing it!

Finally, if you could go back in time and give yourselves one piece of advice, when would it be and what would you say?
We’d probably tell ourselves to wait a bit longer before releasing our first full-lenghts LP, because it pretty hard to arouse attention for a whole album if you’re in such an early stage as an artist.

A single or an EP would have probably been more effective, especially because the old songs are still developing further, even after such a long time. We should have taken some time to work on our sound, improve our songwriting and gain a bit of experience in how to release something.

Watch the video for ‘Hide Away’ on YouTube below. For the latest go to the Silent Attic Facebook page.