Shanghai Treason is a new Yorkshire based folk punk five-piece who plan to traverse the darker, heavier, side of the genre. We caught up with the band to chat about their formation and single ‘Devil’s Basement’.

First up, tell us bit about yourselves - who are Shanghai Treason, and what were you doing before making music together?
We are a bunch of merry men from the wonderful land of Yorkshire. We all come from various local bands of all sorts of styles and have been making music along side each other in the scene for years, but now, thanks to our mutual love of Celtic-inspired punk music and a severe craving for some banjo-fueled noise, have collaborated into what is now Shanghai Treason.

Who did you take inspiration from?
Each of us take inspiration from all different kinds of music genres and bands but we all shared a love of bands like Flogging Molly, Dropkick Murphys etc and have always wanted to get involved in the Celtic/folk punk scene. Punk music seems to be part of all of our musical backgrounds so you can expect some fast paced heavy hitting tunes from us.

Why the name ‘Shanghai Treason’? What do you stand for?
We originally liked the name ‘High Treason’, but it was already taken and we decided Shanghai Treason - a little play on words was perfect. High treason is treason against the king and oddly enough since launching we have discovered there are some published articles on the web about people who were tried for treason in Shanghai, they would be executed in public in the town square. We just liked the sound of it.

How would you describe your musical style?
A fast-paced, Celtic punky medley of chunky guitar riffs, thunderous drums, distorted bass and powerful vocals all laced with catchy banjo, accordion and the occasional shred on lead guitar.

If you could collaborate with any living artist, who would you love to work with?
It would be cool to have some Dan Booth (Ferocious Dog)-style fiddle on a track one day, or some James Fearnly accordion, but at the moment it still feels fresh and exciting as it is so not something we have thought about too much as of yet. Who knows what the future will bring. 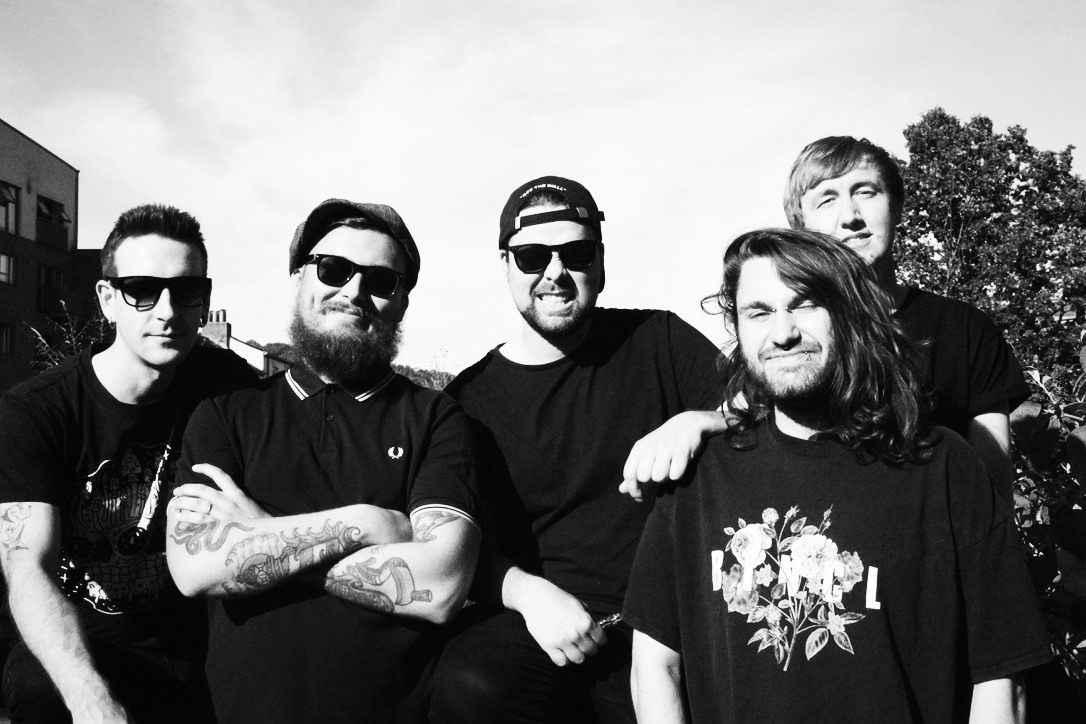 Your last single was ‘Devil’s Basement’. When did you write it and where did you record it?
‘Devil’s Basement’ came out of nowhere really. We were all set for our next single out ‘Drowning Heart’ to be the first single we released, but one session in the practice room we were jamming about with a new idea and Sam put some on the spot lyics to it and it all sort of came together and became our debut single.

We all fell in love with the riff and the energy instantly. Sometimes it just happens that way. We recorded it at Steel City Studio in Sheffield. Hidden away in an industrial part of the city was this awesome little studio. It had great vibes and we had a blast recording it.

How does ‘Devil’s Basement’ represent you?
We all have a story or five about a night out when you end up in a sketchy basement bar or rave at stupid o’clock and should have gone home hours ago. Well we do anyway so if you don’t, just follow us after a show for some post gig antics. The track shows a general dark punkish sound that we are going for and gives people a taste of what’s to come.

What response did ‘Devil’s Basement’ get?
It’s been really well recieved. We had a fantastic response to our video we put out for the single we filmed at Yellow Arch studios in Sheffield. The video came out better than we could have hoped and people seemed to love it. It took off and thanks to people sharing it on facebook it just kept getting more and more views.

That’s helped get the single out there and get people listening. We’ve had loads of messages from fans letting us know they like what we are doing and love the track. The engagement and support from people has been overwhelming. We can’t wait to get more music out there.

You went on tour in December in partnership with Musicians Against Homelessness; raising money for Crisis Homeless charity. How did that go?
The tour was fantastic. People were generous and it was good to be doing what we love but also helping an important cause. We all had a great time, met some amazing people, saw some beautiful places and witnessed some awesome bands and acts that we won’t easily forget despite the numerous beers consumed along the way. We can’t wait to do it all again soon.

What are your plans for 2020 in terms of new music? Can we catch you on tour again?
2020 is going to be full of gigs and new music from us. This tour was us just getting started and off the ground. We are constantly writing new material and coming up with new ideas so expect plenty from Shanghai Treason this year. We have some more instruments we want to get our man Tom Hardy to bust out on some new tracks. Hopefully some bagpipes this year but we’ll see.

Finally, if you could go back in time and give yourselves one piece of advice, when would it be and what would you say?
Go back to our earlier musical selves and tell us to put the time in, practice more, write more and start a celtic punk band sooner because it is bags of fun and people love it. Maybe to save our money and get that instrument we wanted sooner, instead of fighting with old cheap gear for years.

Watch the video for ‘Devil’s Basement’ on YouTube below. For news and tour dates go to Shanghai Treason’s Facebook page.