Moldovan-American multi-disciplinary artist Serge Bulat is gearing up for the release of new album “Similarities Between Fish And A Chair” at the end of April. Bulat is best known in the electronic and avant-garde music circles for his IMA-winning LP Queuelbum, audiovisual installations Third World Walker exhibited in the UK, Argentina, China, Saudi Arabia, France, the USA; and the experimental video game Wurroom. We caught up with him to learn more.

My music is positively eclectic. I don’t write music to fit a genre or fill a niche, I just do things my way.

First up, tell us about yourself - what got you into music?
Hard to tell. It was the only thing that made sense and felt natural. I’ve always done stuff related to art, and music was the center of every project I was on, whether it was school, radio, or theater. So, it was a matter of time when music became The leading force. The origins are also less clear, even though I was surrounded by proper musicians growing up; despite everyone playing accordion in my family, I picked piano and wanted to make a different kind of music.

I guess since then I have to do everything the hard way :-) 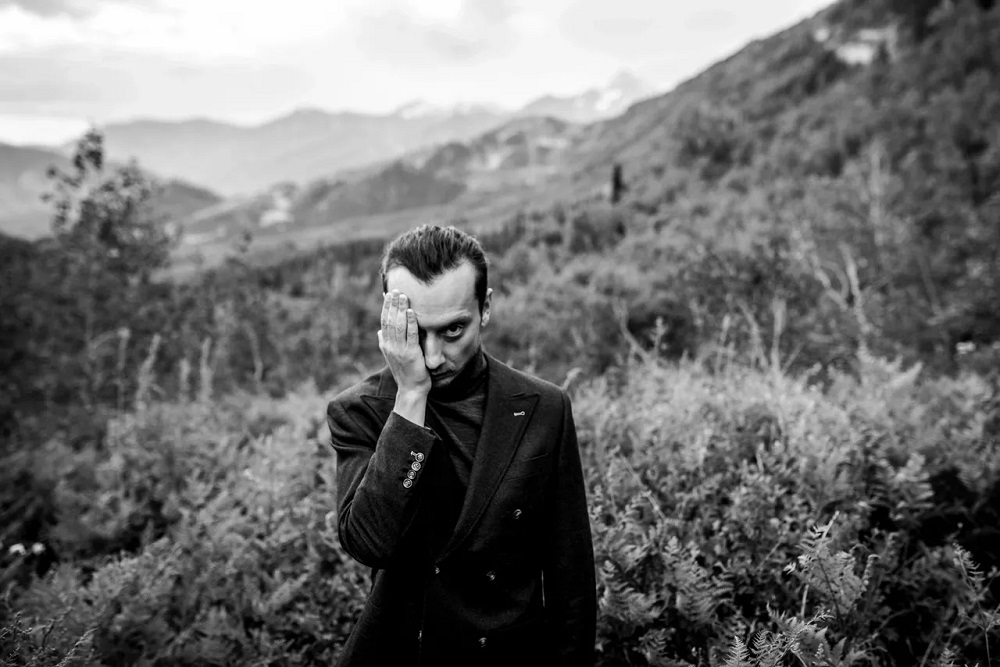 Were there any particular bands or artists you took inspiration from?
No one in particular. The influences are broad, I was exposed to classical, traditional, and electronic at the same time, so naturally, I wanted it all in my music. In music school I was bored with the required material; whatever I wanted to play was for another year or so, but I genuinely wanted to do my own thing. I also wanted to DJ but there was only one club in town and the spot was taken.

How would you describe your musical style?
Hmm… I’d put I this way - my music is positively eclectic. I think an artist should be many things, not afraid to explore the unknown or uncomfortable, dig deeper, and certainly seek challenge. I don’t write music to fit a genre or fill a niche, I just do things my way.

If you could collaborate with any living artist, who would it be?
I’d be up for a collaboration with anyone truly authentic. I wouldn’t just pick a musician, there are other disciplines equally interesting to me. I’d write a book with Murakami. And direct an opera with someone else’s music, let’s say Arvo Pärt?

Tell us about your new album Similarities Between Fish And A Chair. What’s it about?
It is about questioning reality and defining it at the same time. This album is the other side of Wurmenai. If the previous release was about perceiving reality based on memory and known experiences, Similarities is the loss of that memory; reliance on instinct or imagination to pick a version of the world that suits you well. It is the digitalization of something very abstract. A longing expressed in sound.

I had fun with it and haven’t thought about any form or rules. 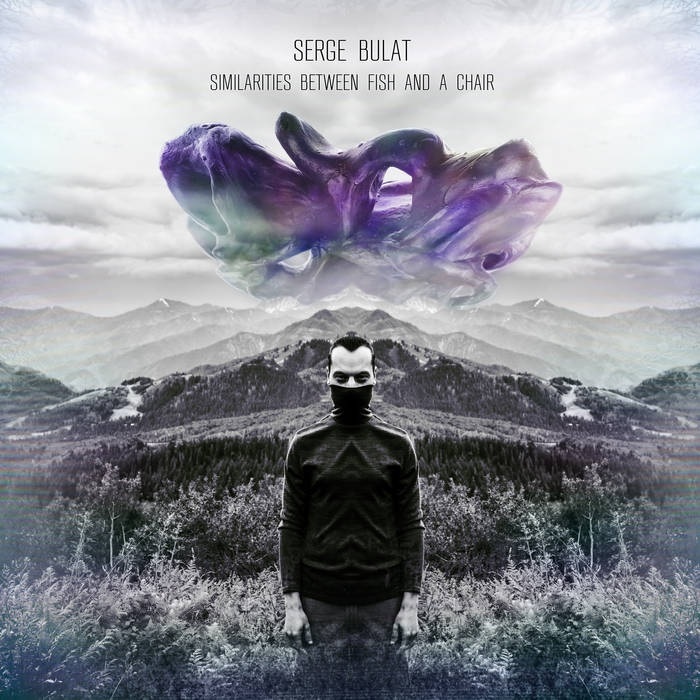 Similarities Between Fish And A Chair is a collaboration with artists from 10 countries, such as Oyme (Russia), Dai Sekiguchi (Japan), Nino Errera (Italy), and Katie Buckley (Iceland). How did you approach the writing and recording of each song?
As open-minded as possible. I wanted a certain sound for the album but lots of it happened spontaneously. Collaborations were less about me and more about the expansion of the project’s universe. It becomes very clear that the best things happen when you remove yourself from it, you tap into another well of creativity.

There was a concept or more of a feeling for the record, and people who came in were exactly the right ones. The idea was to approach the sound from a different angle. If “Wurmenai” was about electronic sounding acoustic, “Similarities” is about real sounding synthetic. A lot of tracks were already fixed when I invited musicians. Some shapeshifted into some interesting beasts.

The fun part is to work with a giving artist who makes you push further. For example, Katie Buckley, who plays harp on the record. Her takes were so good I had to extend the tracks. I get greedy with good work and treasure it immensely. So was Dai Sekiguchi; he brought so much to “Possible Plausible Reversible”, transforming the track into a very emotional piece. I asked him to do the introduction and also read some poetry to maximize the effect of the chemistry achieved.

Similarities is the loss of that memory; reliance on instinct or imagination to pick a version of the world that suits you well.

How does Similarities Between Fish And A Chair represent you?
I think it exposes the duality. If you take both albums you get a picture of what’s going on in my head. I would recommend listening to Wurmenai and Similarities back to back. It will make a lot of sense and this is how I intended it. The album represents a big chunk of my life, canned in audio.

What was it like working with 10 different artists on one album?
Definitely took a long time! Not just on this album, but working on the whole project. Thankfully I had plenty of time since I’m independent and free to take years to finish a record. I decided to release parts separately since the project only got bigger and bigger.

I did know initially that the project had to be multicultural, genre-less, a fusion of many things, from instruments and sounds to languages. The idea was to contribute to each other’s world and make something “other”.

I was lucky to collaborate with artists who are passionate, extremely self-sufficient and can record remotely. Pandemic also “encouraged” many to install home studios. So by the time the album was complete, the practice became normal. I also got to know many collaborators better, since we took our time.

Can you talk us through each track?
Sure! The album is a Rorschach test, and I’m all about personal interpretation, but, every track does have a story and meaning behind it. We begin where Wurmenai left off. Your adventure through new but familiar places shifts towards the completely unknown. The last track (‘Wurmenistan’) opened a crack into someplace and you went through.

‘This Reality Is A Wurmen’: you arrived. It is your first contact. The confusion of being somewhere unknown. Opening words by G.I. Gurdjieff are hints about the role of memory.

‘Sanity Mantra’ is about dealing with the demons that arose as a response to frustration from encountering this new world. The struggle and lack of reference with given reality and your projection of it.

‘I an Idea’. This is where one understands that “I” is just a made-up-concept. And it makes you angry (I had a lot of anxiety while making this track.) A feeling of restlessness. A hymn to anger since it intensifies feelings and makes you courageous.

‘Poughtu’ is being lost and overloaded with the data. Much of the field recording is from New York, where I walked aimlessly looking for that lost GPS signal = meaning in life. It is a feeling of being in a dream.

‘Confirmake’ is an attempt to wake up. When imagination is so strong that one can not distinguish illusion from reality. You can’t figure whether a spaceship takes you places or your imagination. The system of beliefs is broken. You are unsure whether to continue on a ship or just navigate this dream. The conflict here is in knowing/proving you are awake (I used various NASA sounds to get that spacey feeling). 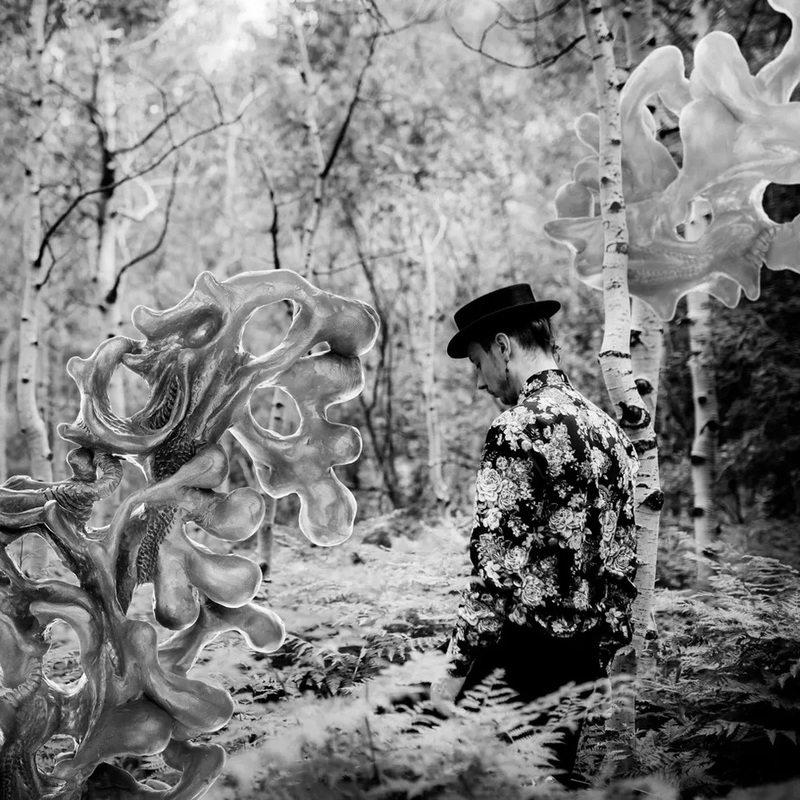 ‘Possible Plausible Reversible’: adjustment to this confusion. The mind needs something tangible otherwise the whole concept of “being” is falling apart. Train sounds are prominent in this track since the character’s mind grasps for known means of transportation; trying to make meaning of new things. But memory is not perfect, it starts confusing you. This track a reference to the “Queuelbum” project and saying goodbye to the world of the past.

‘Mandela Effect’ is the realisation that one can not rely on memory anymore. Many things are triggered by association if not completely false.

‘Balada Falsa’ is the look in the mirror, facing the false and distorted self. Nothing works right anymore, no-thing fits your system. You realise you can’t trust memory, it makes you “someone else”.

‘This is Not Varvara’ is the separation from the idea of oneself and the reality that ruled it. A realisation of what you are not.

‘Mind GPS’ is recalibration and rescan of the available data. A search for meaning in this new reality.

‘Hat Disappears’ is loss of memory, illusions, false and unnecessary. A breather and moment for thought. The worlds you experience become a blur; you realise that your interaction/reactions were wrong. And you are not your reactions.

‘Vacant Reality’ is the moment zero and the acceptance of reality. You pick one in agreement with your needs. It is a question of what makes what. Do you make reality or reality makes you?

Do it all on your terms, whenever you want, as “now” as possible.

What are your hopes for Similarities Between Fish And A Chair?
I’m really hyper about this one! I felt the need to put the record out now because I thought I wasn’t telling the whole story. Now, this chapter is complete and I would like to try other things, like knitting a sweater, go to Egypt or sing with Bulgarian Voices, hahaha. Whatever path it wants to take is the right one. I’m just happy that it can exist on its own.

What else is coming up for you in 2021?
There is a connected project called Inkblot. The basic idea of the project is that music can influence our perception of the world. This one was in the works for a couple of years and only now takes off. Quite experimental I’d say, and I don’t know where it’ll take me, but, I’m looking forward to its future.

Another one is Ultra Strangeness, the video game with my frequent collaborator and friend Michael Rfdshir. I’m stoked to be a part of it. The music in the game is like a legitimate character and has “its” own logic. Ultra is a large project and I wrote tons of sounds and themes for it. It is a beast, unknown to our boring world, hahaha.

Finally, if you could go back in time and give yourself one piece of advice, when would it be and what would you say?
“The time is now!” Want to love - love, want to make music - make music, want to travel - travel. Do it all on your terms, whenever you want, as “now” as possible. That’s all I would say, at any point in my life.

Similarities Between Fish And A Chair will be released on Friday, April 30th. Listen to two tracks on Bandcamp now below. For the latest, find Serge Bulat at sergebulat.com and on Facebook, Instagram and Twitter.