Sam Gifford and The Innocent

Singer, songwriter and frontman Sam Gifford hails from the landscape of rural towns and villages that make up North Hertfordshire who first went into the recording studio at 13. Now backed by a changing band as Sam Gifford and The Innocent, their debut single is ‘What You Want’. We spoke to Sam about his journey to its release.

‘What You Want’ reflects our style best from a lyrical perspective as I often try to write about hope and living life to its fullest.

First up, tell us bit about yourselves - what led you all to forming Sam Gifford and the Innocent?
This project started in early 2017 so we are still quite new on the scene. It all started when I began holding auditions at his university in London. I had written a bunch of songs and was looking for a live outfit so that he could begin gigging around the local area. The band has always treated this as a serious project right from the outset and we are looking to make a name for ourselves.

Who do your take inspiration from?
In terms of artists, I take most inspiration from bands such as Switchfoot, Bruce Springsteen, Coldplay, Gungor, Tom Odell, John Mayer etc. I am mostly inspired by artists who are great songwriters.

How would you describe your musical style?
I would drop us into the ‘alternative rock’ genre although our songs can vary from indie rock to more poppy commercial like songs. We focus very much on the lyrical side of our writing and we also aspire to create an atmospheric instrumentation with ambient guitars and backing vocals.

Why the name ‘Sam Gifford and the Innocent’?
We were originally called The Innocent. I originally chose this band name because of how I was labelled as a ‘good Christian boy’ when I was growing up. It’s kind of like a juxtaposition to have the ‘innocent’ boy playing rock gigs in places like Camden and Brixton. However, after a year of gigging and recording, the live outfit became very interchangeable and it just made sense to change the band’s title.

What have been your highlights of 2018 so far?
I feel this is the year that people started taking notice in the local area. We have released our first ever tracks ‘What You Want’ and ‘Greater Good’ and we have received a lot of support and positive feedback which is great! I feel this is the year that we truly started to build a fanbase and it’s a great feeling to have that support from people you don’t even know.

Your debut single is ‘What You Want’. What’s it about?
As a songwriter, I often try to write about the things that people have in common. ‘What You Want’ is a song about realising your potential and following your passions (because everyone has a passion). I guess it also reflected what I was doing in my own life as playing music for a living can be a risky profession in terms of finance… but it’s a risk worth taking in order to do the thing that I love, and that’s what the song is all about! 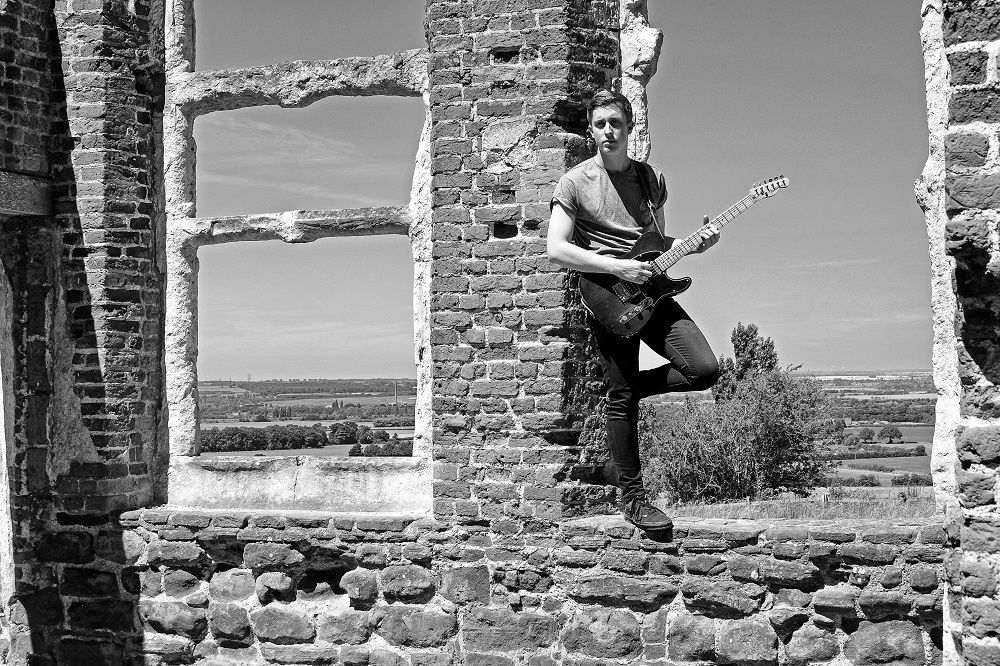 When did you write it and where did you record it?
I wrote ‘What You Want’ in the summer of 2017 in my bedroom back home in Stotfold, Hertfordshire on my acoustic guitar (which at the time had only five strings on it). It was there that I wrote and recorded all the parts that the band would later learn and perform in our live sets. We later took the song to London Road Studios in Baldock where we spent only one day recording.

How does ‘What You Want’ reflect your style?
I think ‘What You Want’ reflects our style best from a lyrical perspective as I often try to write about hope and living life to its fullest. In terms of instrumentation, the emphasis on guitars is something that we tend to spread across a lot of our tracks due to the 3 guitarists in our band!

Can we expect more music from you this year?
We have already released a second single ‘Greater Good’ to all music platforms and we will definitely be recording again soon. You will have to stay in touch and stay tuned for more info on that, though…

Where can we see you live next?
We are currently taking a short break for recording and promotion, however we do have a couple of dates in the diary which you can find on our official website samgiffordandtheinnocent.com.

If you could choose to work with one living artist, who would it be?
I think I would have to pick Jon Foreman (lead singer of Switchfoot). His songwriting is what led me to be a songwriter and he is very passionate about his lyrics and performance which is what I look for in a artist.

What would be your dream festival appearance in 2019?
I would love to headline Glastonbury one day…

Finally, if you could wish for one thing to happen to the band before the end of the year, what would it be?
I would just hope that our fan base will continue to grow and that our songs may have a positive impact on people’s lives.

Watch the video for ‘What You Want’ on YouTube below. For news and tour dates go to samgiffordandtheinnocent.com.