London producer and artist Professor Paws has worked alongside act such as Giggs, Angel, Fekky, Joel Compass and Joe Grind. Diversity shines through in his music, tapping into his Ghanian and European heritage. His latest single is ‘Rum Pa Pa Pum’ and we caught up with him to find out more.

Sometimes when you move away from your roots, you get withdrawal symptoms. So I put that in my track and spoke about my upbringing.

First up, tell us about yourself - what got you into music?
When I was in Year 7/8 (can’t remember which year), I accidentally walked in to a studio at school because I heard loud music and loads of people flocking to the building. When I walked in, there was a packed room with two producers getting mad gassed off their beats with their school fans. I remember thinking, these beats ain’t even good. So I asked them ‘what software’ they were using - it was Reason.

Due to their attitude (all round gassed and self-righteous vibe) and their IMO average production, I went home that day deciding that I was going to be better than them so I downloaded a copy of Reason and researched the software on YouTube. Within two months, I stole their shine. The rest is history!

Were there any particular bands or artists you took inspiration from?
Loads of different artists, including Michael Jackson, Timbaland, Afrobeats in general, Neptunes, Sam Cooke, James Blake, Adele and many more.

How would you describe your musical style?
2000’s hip hop / R&B with some different always there. 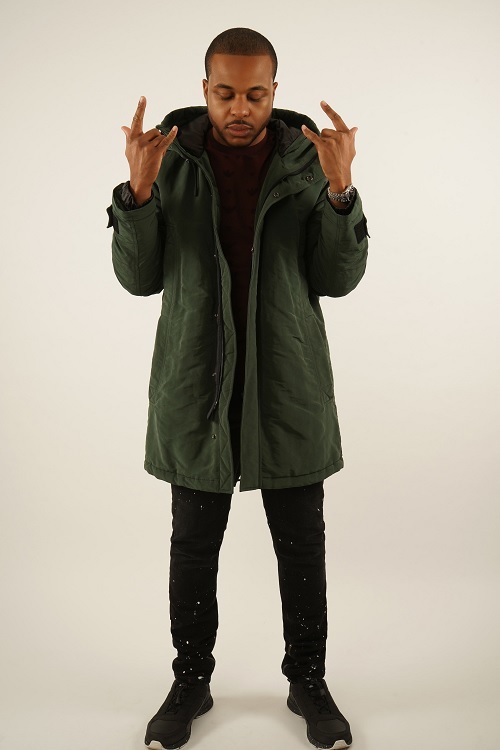 Why did you decide to go by the moniker of Professor Paws?
I used to be called Paws Productions when I was 14 and producing beats only. Then one of the rappers I was in the studio with nicknamed me Professor Paws because I was always bringing knowledge to everything, lol. I always research and study things because I’m ambitious and want to be the best.

If you could collaborate with any living artist, who would it be?
Pharrell. I feel like every artist who collaborates with him become so much greater at making music and hits. He’s likely got stupid amounts of wisdom and skill.

Tell us about your single ‘Rum Pa Pa Pum’. What’s the inspiration behind it?
When I started the track I was just feeling reminiscent of the hood where I grew up. Sometimes when you move away from your roots, you get withdrawal symptoms, lol. So I put that in my track and spoke about my upbringing.

How does ‘Rum Pa Pa Pum’ represent your style?
It’s different but fits in and that’s my style. I hate sounding like other people.

What are your hopes for ‘Rum Pa Pa Pum’?
I just want the track to be heard LOADS and speak for people. That’s it.

How’s the rest of 2020 looking in what’s becoming a crazy year?
Bit hard to tell with lockdown but I’m planning to carry on releasing!

Finally, if you could go back in time and give yourself one piece of advice, when would it be and what would you say?
I wouldn’t go back in time. I feel like everything panned out just fine. But to answer your question and not be too boring, I’d tell myself to keep going and keep living!

Watch the video for ‘‘Rum Pa Pa Pum’ on YouTube below. For more information, find Professor Paws on Instagram.