Patches is drummer / writer / producer Patch Dennis. He’s been a professional musician for 10 years, but describes releasing his self-titled debut album earlier this year as “a way of taking things into his own hands”. We caught up with Patches to find out more.

Big, often excessive, and uncompromising, but nuanced and dynamic nonetheless.

First up, tell us about yourself - what got you into music?
Music has always been a big part of my life, even as a kid. But as a lifestyle choice… I remember watching Top of the Pops years ago, I was around six or seven-years-old, and wanting to be the drummer in the band (I don’t remember the band). I think that was when it started. What followed was the classic tale of lots of complaining neighbours and then never really wanting to do or be anything else. The rest, as they say, is history. 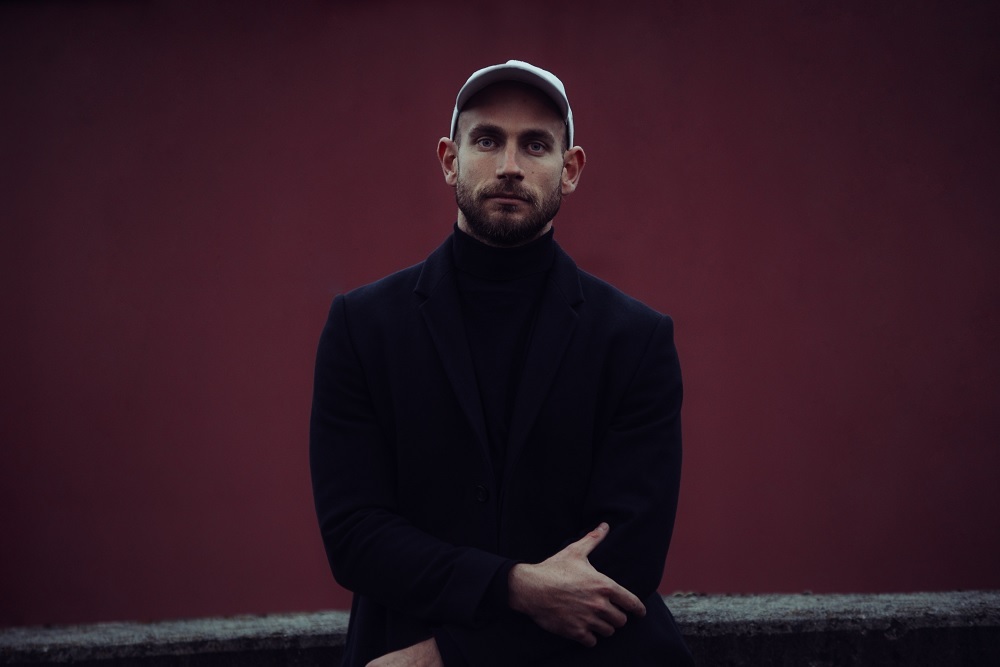 Were there any particular bands or artists you took inspiration from?
Growing up I listened to lots of different stuff really; I was lucky enough to be exposed to a lot of music at a young age from having music-loving parents and siblings - everything from the brit pop of the 90’s to heavy metal and psychedelic. It’s one of the greatest gifts a child can ask for I think. I remember the first album I ever bought and chose myself was an Iron Maiden record when I was about 10 and things kicked on from there really.

I played in some prog-rock bands as teenager before I got into playing jazz/improv-based music and to be honest rock and pop still play a big part in life today. You’d rarely catch me listening to a niche avant-garde jazz record; I’d sooner listen to Georg Michael or Bill Withers. Friends and peers would often give me hard time for the cheesier stuff I’d be caught listening to, but I always felt if your listening is one dimensional then so is anything you put out as a performer or a writer. I’v always gotten a lot from listing to and stealing from as many artists and genres as I can, as I feel if you’re only absorbing from one source then your outputs gonna suffer; whatever job it is you’re doing.

How would you describe your musical style?
Big, often excessive, and uncompromising, but nuanced and dynamic nonetheless. Like if the Hulk aced his ballet class.

Why ‘Patches’?
My first name’s Patch so I thought I’d take ‘Patches’ as a alternative/standout moniker. But it’s already caused a little confusion so I might have to revert to the classic full-name-label: Patch Dennis…..

If you could collaborate with any living artist, who would it be?
Hmm. Big one this. Just one? It’d probably come down to Dave Holland or Herbie Hancock… I’d make a trio and it would count as one artist… I’m taking both. 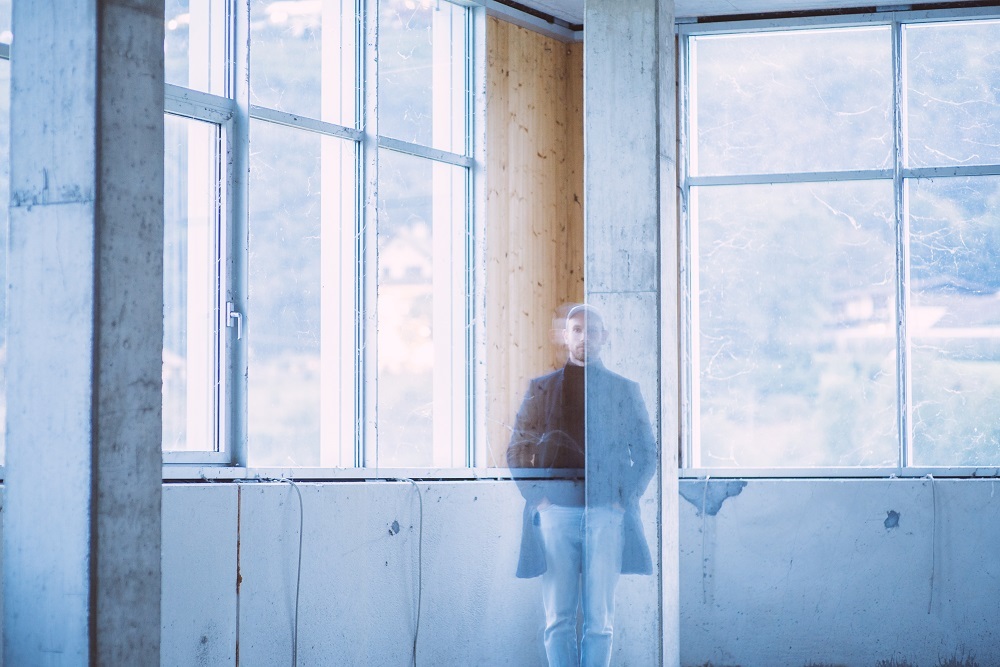 Tell us about your self-titled debut release Patches. What’s it about?
I wrote it as a homage to my biggest influences and love affairs in music. It started out as passion project (still is, really), but as it went on I began to connect a few dots and decided to make it in to a new and exciting way to plough a mark into the industry. I sort of felt as if I was waiting around for someone else to do it and ask me to join; I decided to just try myself.

I really wanted to write something that I would wanna to listen to; I couldn’t really find an album that convincingly covered a whole spectrum of sounds I love in one sitting and not be utterly jarring to listen to. As things went on it kinda then became something in its own right. Having grown up being around so many different types of music, I feel with Patches I can bridge some gaps and make music for all kinds of listeners to enjoy, as well as challenge people to certain extent. I think it’s about discovering music.

When did you write it and where did you record it?
I wrote it spring/summer 2019 and then took it to rehearsals which was also a massive win for writing/pre-production reasons. Music like this really needs time to settle and find its way, as with most music to a certain extent, so having a few months to play it and tweak it before the studio was a real treat - one I plan to indulge again for the next one. I feel a lot of music today is rushed out as ‘content’ before it’s really found its way, which is a shame. The world doesn’t need more fast food, right?

It was recorded in Hamburg at various studios and friends houses/basements. I was very fortunate to be able to rope in some very talented people to play/work on it and give up numerous hours and weeks to learn/practice/record the thing. It was mixed / mastered in London at Unwound by the great Adam Jaffrey. He’s worked on some of my favourite stuff coming out of London & UK right now, so it was a pleasure to have Adam come aboard.

How does Patches represent you?
I like to think it represents me as an honest artist. 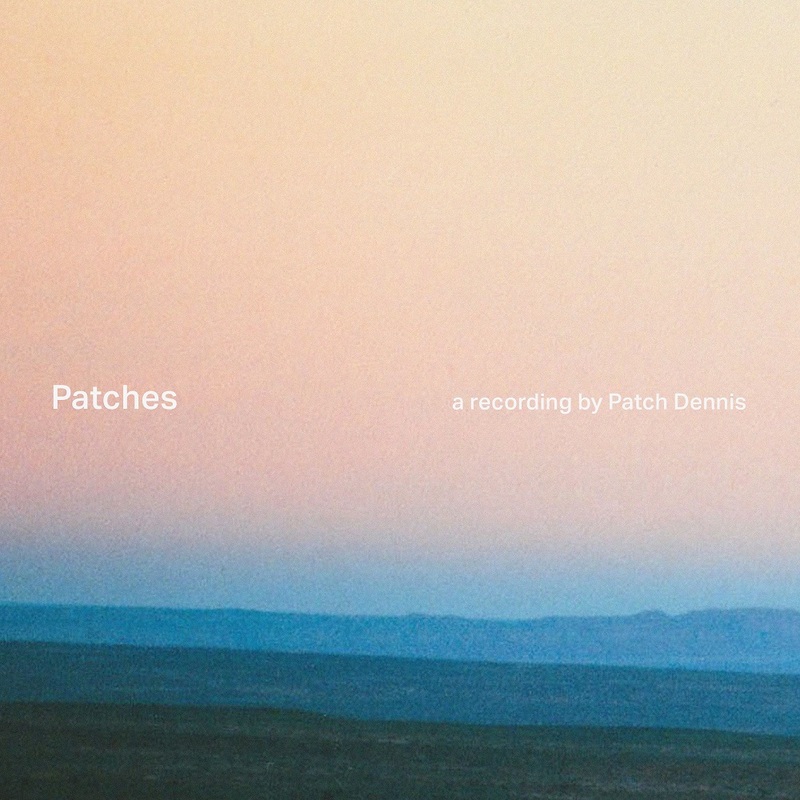 Can you talk us through each track?
‘Tough & Rumble’. I guess this is the jazziest one on the record and a good opener. At its core its a classic jazz-fusion tune, but I wanted to try and write something a little edgier and dirty than your classic fusion sound. So the sudden shift in direction to the latin-inspired, lively B section and the sax solo written as a stand-alone piece was a way to keep it fresh and exciting. The intro and outro parts were an idea I had a while ago and thought it would make a fun little intro to Patches.

‘Big Sandy Wash’. A big drop in tempo and feel here - my tribute to the great blues and guitar tracks I used to love air-guitaring to. And still do. The idea was to make this floating, dreamy A section and then have everyone meet for this Sabbath-like chorus and go heavy, before splitting off for the solos. I love the vibe in this one, its a massive sound. BSW is a kind of slow, big beast taking its time to crawl along; you need little patients to stick with it. But if you do I think the payoff is worth it.

‘Irrational Blues’. Blending elements of modern jazz, rock and progressive; I took influence from stuff like Tool, Snarky Puppy, Kamasi, etc with this - writing in odd-time and ambitious phrasing but keeping things as listenable and theatrical as possible. Long songs often lack in engagement with an audience after a while, so I tried find a way to keep things flowing and make the song constantly vital while bringing it all back around at the end. The first thing I wrote and my fav off the record.

‘Mystery/Revolution’. The ‘ballad’ of the album. This one was barebones in rehearsals as I wasn’t sure how it would come together on tape. But it really found its life in the studio and became a beautiful tune. Its a slow burner and has quite a classic melody approach, but with the 6/8 time and quite heavy sustained chords it packs a punch. The production is very ‘roomy’ and creates this wonderful atmosphere, the last chorus especially lifting things up for the climax. Huge bass drums!

‘Life After Life’. Something that would feel equally at home at 4AM in Berghein or through your headphones on the commute. This was written as very systematic tune - constantly building tension using repetition and rhythm. From the pyramid beat in the intro to prince-inspired breakdown; it never lets up. I tried to mix open, moody synth samples and open guitar stings with staccato riffs and baselines to try and invoke quite an dark & groovy vibe as to make a mean tune that’s always on the move.

What are your hopes for Patches?
I’m hoping to create some kind of experience for people, pure and simple. Something that is maybe a little more than what they’re used to. If I can help a handful of people have a better time then Im succeeding. As for how far I can take it - skies the limit.

What else is coming up for you in 2021?
I’m getting a few gigs together for later in the year, if all goes well of course - 2022 could be more realistic… Writing for the next album has begun and I’m hoping to join with a label for that.

Finally, if you could go back in time and give yourself one piece of advice, when would it be and what would you say?
Another biggy! I don’t like to visit Regret Town much as I waste enough time worrying about what I haven’t done yet, but probably way back at the beginning - ‘never wait for or rely on others’