OPSAT began releasing music in 2020 after a decade of being involved in bands in Glasgow’s music scene. His first full-length album is the just-released Sounds of the Somber, a mix of synthwave and drum & bass. We caught up with OPSAT to find out more.

A multi-genre-inspired, melody-driven hybrid style of synthwave and d&b with exploratory textures that make it something new.

First up, tell us about yourself - what got you into music?
I’ve always been involved in music from an early age, I learned guitar as a teenager and fell in love with it from there. I have an older brother who has been involved in some touring acts within the metal scene and he was constantly in bands when I was growing up, so the idea of musical performance was always very intriguing to me.

My love of music landed, as it does with a lot of kids that age, within Rock and Metal which is where most of my musical performing tenure has gone to until my current project became a reality. I’ve always loved writing and performing, the idea of creating something completely brand new and how rewarding that can be has what’s kept me involved in music all these years.

Were there any particular artists or groups you took inspiration from?
Growing up, it was the usual suspects within rock and metal, Iron Maiden, Black Sabbath, WASP etc before ultimately exploring every branch of that very eclectic tree finding bands like Morbid Angel and Napalm Death as I my listening preferences were changing.

Alongside this I’ve had spells of listening to exclusively Blues and Jazz; purely because of the different approach to musicianship that it involved. Around the time I turned 20 I started to branch out and became intrigued by more electronic acts both new and old, exploring the works of Kraftwerk and Autechre but also enjoying newer exploratory acts at the time like Skrillex and Flux Pavilion. Safe to say my personal playlists are a mess! 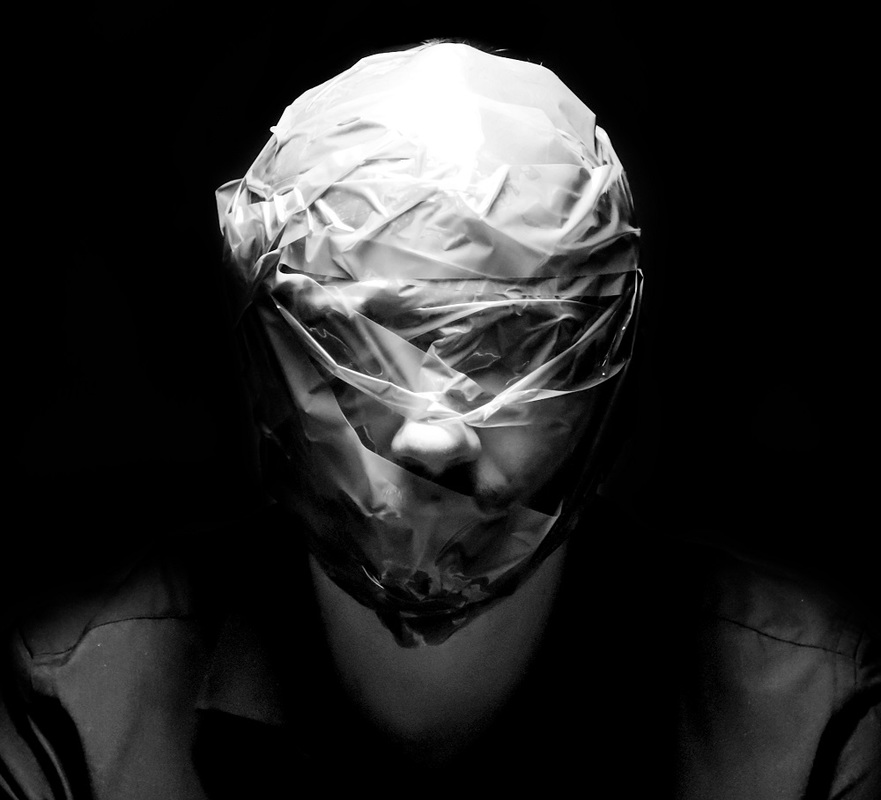 Why ‘OPSAT’?
I wish there was a more profound story for my choice of titles, both with the act name itself and my first few tracks; but they were simply cool pieces of lore and characters found in video games! The compositions within videogames I’ve always found to be incredibly intricate and interesting with how much they achieve and compliment the gameplay, so it was something I used as a creative parallel when beginning to programme tracks under the OPSAT name. It’s quite strange for me to hear the name OPSAT out with the musical setting now!

How would you describe your musical style?
I’ve got such a huge number of inspirations that it would be disingenuous to say that it’s an amalgamation of all them, but with my listening habits varying all the time; it definitely does lend itself to my writing somewhat. I feel that this project offers a lot in terms of the melodic elements found in traditional electronic music, as well as being heavily influences by the energy and melody driven licks you’d ordinarily write on guitar within metal.

If I were to try and make a short summary of my style, it’d be a multi-genre-inspired, melody-driven hybrid style of synthwave and d&b with exploratory textures that make it something new. I’m very much a believer in writing for who you are rather than what you what you want to be, and a lot of that can be heard in the variety of elements found in my tracks I think. It is very cliched to say, but there are literally no boundaries in writing music, I aim to write what I enjoy and endeavour to find an audience who can appreciate it.

If you could collaborate with any living artist, who would it be?
What a fantastic question, I have lost countless hours day-dreaming about such a scenario and I think that helped me to keep moving forward with my creativity. It’d be incredible to work with Artists of some of my favourite acts and albums, just to simply see how they work and learn as much as I could from them. Someone like Rob Swire from Pendulum/Knife Party or William Bevan who performs as Burial would be incredible. It would also be awesome to write a composition for a vocalist like The Weeknd who has delved into a similar 80s synthwave style of late. There are too many to name and any of them would be a dream come true!

Tell us about your debut electronic music album Sounds of the Somber. What’s the inspiration behind it?
Within electronic music, full-length albums are a rarity most of the time due to the nature of the genre and the amount of collaborative artists releasing under more than one name. I did feel, however, that I wanted to give a solid representation of myself as an artist and wanted to produce a collection of tracks that would showcase the many different faces of OPSAT as a whole. The album goes from hard and heavy to soft and mellow at different points with the focus always being on having an interesting beat or melody to achieve that listening satisfaction for multiple moods.

I did also feel it was quite hard to justify sitting on the amount of tracks I’d written that were ready to go by strategically releasing them as singles, as a first instance; I wanted any potential listeners to have a selection of tracks to listen to and decide for themselves, rather than trying to incorporate a release schedule that would take months for all my material to land. In addition to this, I’m constantly writing so I’d already had a couple of tracks ready to go that weren’t going to be on the album anyway, so why not share it with the world when I can! 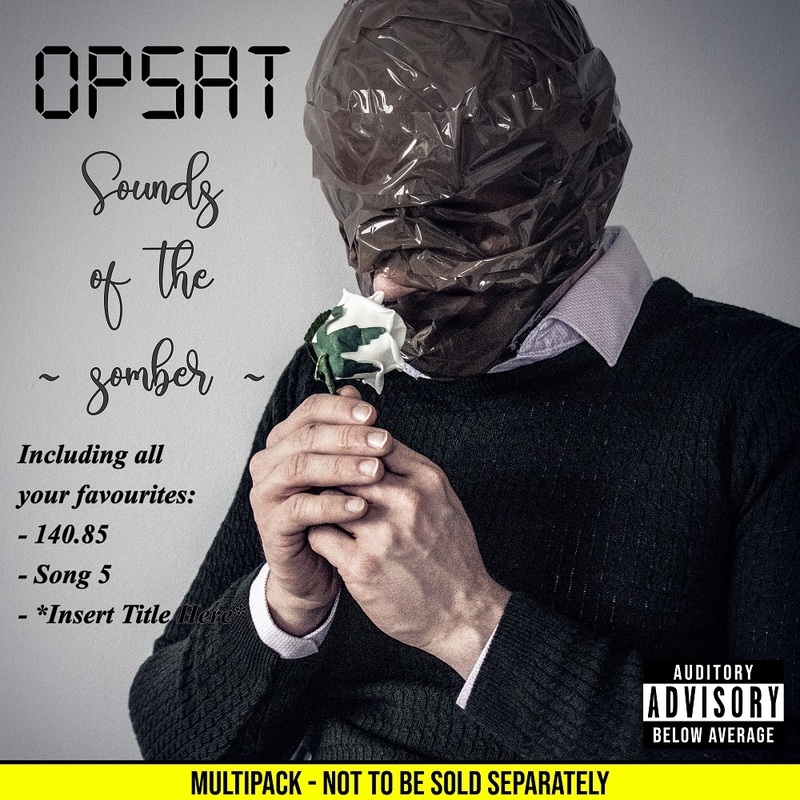 When did you write it and where did you record it?
Every track on Sounds of the Somber was written, produced, mixed and mastered by myself in my humble home studio. I’ve been involved in multiple acts before in the traditional band setting, and it’s been so freeing to be able to handle it all myself. That’s no disrespect to the industry professionals who could have definitely added their particular flavour to the tracks and made improvements to the multiple stages that go into beginning and finishing an album.

My goal, however, was to take out these variables due to a number of reasons, covid has impacted everything in our world today and music is no exception, infact it’s been one of the worst affected industries since the pandemic began, so waiting around for things to open back up so I could be physically present in a studio just wasn’t a possibility. On top of that, I truly wanted to challenge myself to complete the full process as an individual, which would task me with learning a lot within a short space of time without hindering my creativity and getting too caught up with the technicalities that are involved.

How does Sounds of the Somber represent your style?
It’s a very melody driven album which incorporates a lot of my musical influences throughout. A lot of people who have listened already have likened it to a melodic d&b electro album which some clear metal inspired melodies and textures. I feel that the variation in every track gives a true representation of who I am as an artist and the creative elements I’m willing to explore to create truly unique sounding music. With 10 full-length tracks, there will ultimately be something for everyone in there!

Can you talk us through each track?
The album begins with two heavily-melodic and energetic tracks, ‘Veins’ and ‘Auth’ which are constructed in that classic 172 bpm d&b structure with multiple melodic passages to keep the listener interested. They have quite clear melodic passages that were written on guitar prior to being programmed into synthesisers, which is quite obvious when you listen for it.

The album then delves into more experimental tracks which have quite prominent synthwave style textures in ‘140.85’ and ‘Efflux’ Both these tracks serve to explore different elements of constructing a track that is both dark and melodic, but still captures some ethereal elements found in underground electro.

The album takes a slightly more mellowed out turn in tracks ‘Reassess’ and ‘Reach’ which have stripped back compositions, focusing on the feeling rather than the instruments themselves. Both tracks fit nicely into the rest of the album due to the pace of the tracks, but have quite clear additional focus on softer synthwork and atmospheric textures rather than the breakneck saturated synths and heavy drums found earlier in the album.

‘Mindless’, ‘Celebrimbor’ and ‘Collapse’ all fit as a set of tracks which seem to include both of the previously mentioned stylings, incorporating the high energy of d&b and mainstream EDM, whilst keeping the focus on interesting melodies within varying structures in all 3 tracks.

The album concludes with ‘Gaea’ which is an uplifting synthwave style track with an energetic drum beat. The breakdown after the first bridge then delves into a cinematic 80s style composition with the inclusion of industrial/trap style beat before returning to a booming finale to the album. 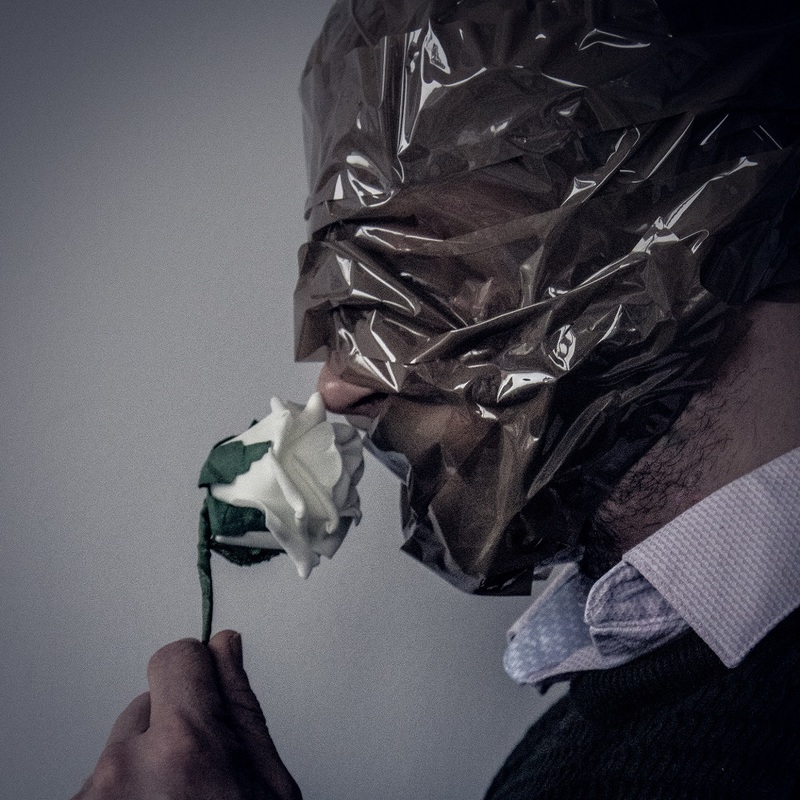 How’s the rest of 2021 looking for you?
With the ongoing pandemic, live music doesn’t seem to be returning any time soon so I have set myself the challenge of having consistent releases throughout the year, further exploring what I can achieve with my artist project. There is a light at the end of this very long tunnel and I can’t wait to return to live music as a fan, but also so I can begin exploring opportunities for performing my music live. I have plans for a second full-length album nearing the end of the year, but a whole host of new tracks set for release in the coming months.

Finally, if you could go back in time and give yourself one piece of advice, when would it be and what would you say?
The biggest piece of advice I would give myself would be to take more chances. I’ve had my ups and downs with music, both in bands and as a solo artist; and there are always lessons to be learned off the back of any successes and failures.

I’m a firm believer in it’s better to do something and suck at it than never try at all, so when I’ve been apprehensive about trying something musically; whether it be to start a new project, write a certain style of song, or even reach out to a fellow artist to collaborate; my advice would be just to do it! The worst that can happen is not many people like it, and that is not much of a price to pay when you have so much more to offer, and it’s also fairly unlike because you just never know.

Listen to Sounds Of The Somber on Spotify below. For the latest, find OPSAT on Instagram, Bandcamp and SoundCloud.