Moscow-based band On-The-Go release their fourth album Unsaid on Friday, February 28th. Influenced by pop, folk and electronica, they write music tackling subjects such as looking for balance in relationships in the ever-changing world, the conflicting emotions around raising children within a political climate of fear and hatred, and the changing nature of memories as our current experiences increasingly conflict with the beliefs we held in the past. We speak to the band to understand more.

First up, tell us a bit about yourselves - who are On-The-Go, and what were you guys doing before making music?
On-The-Go is, and always was, a five-piece band. So, it’s me, Yura (lead vocals, lyrics), my brother Max (composer, guitars and backing vocals), Zhenya (keyboards, guitars), Dima (bass) and Maxim (drums). We take our music as a journey and we like to experiment within the band and learn something new about ourselves in the process. When we talk about how we like to approach things, I realise that there’s probably never going to be two albums with the same sound and attitude, because for us there’s no fun in that.

When it all started in a small garage on the outskirts of Togliatti, we barely knew how to write songs and we were basically just having fun and since then we’re trying to keep that no matter what. Before we moved to Moscow we all had to work at some places we didn’t like (office clerk, merchandiser, salesman, administrator) and Max, then the youngest one, was still in school at the time.

Were there any particular bands or artists you took inspiration from?
Back then (and I have to say it’s more than ten years ago) we were listening to all the bands like Bloc Party, Arctic Monkeys, The Strokes, Hot Chip, LCD Soundsystem and some of New Rave acts such as The Klaxons, Late of The Pier, Simian Mobile Disco and many more. This is where it began for us, but as the time went by we kept discovering many other musicians and influences, we were in a constant search of something interesting around us that could fit into our musical journey.

How would you describe your musical style?
We never really took that seriously and we’ve always liked to joke about that. Right now we like to call it ‘modern classic’, not to be confused with modern classical music though, not too much in common. Oh, yeah and if we go down the memory lane in the first two questions, there was this pop-up menu in Myspace genre categories and ‘Melodramatic Popular Song’ really nailed it for us. It works pretty well still, just add some more guitars and freedom with a pinch of folktronica.

Why ‘On-The-Go’?
Shamelessly stole it from the first iPod I had. Back in the days the default playlist on the device was called that way. I liked the word, how it looked and what it meant, of course. Maybe that’s why it’s all a journey for us!

If you could collaborate with any living artist, who would it be?
Four Tet, it would be fun to try and give it a dance spin, why not. He’s been on point for quite some time now, I’m a fan. 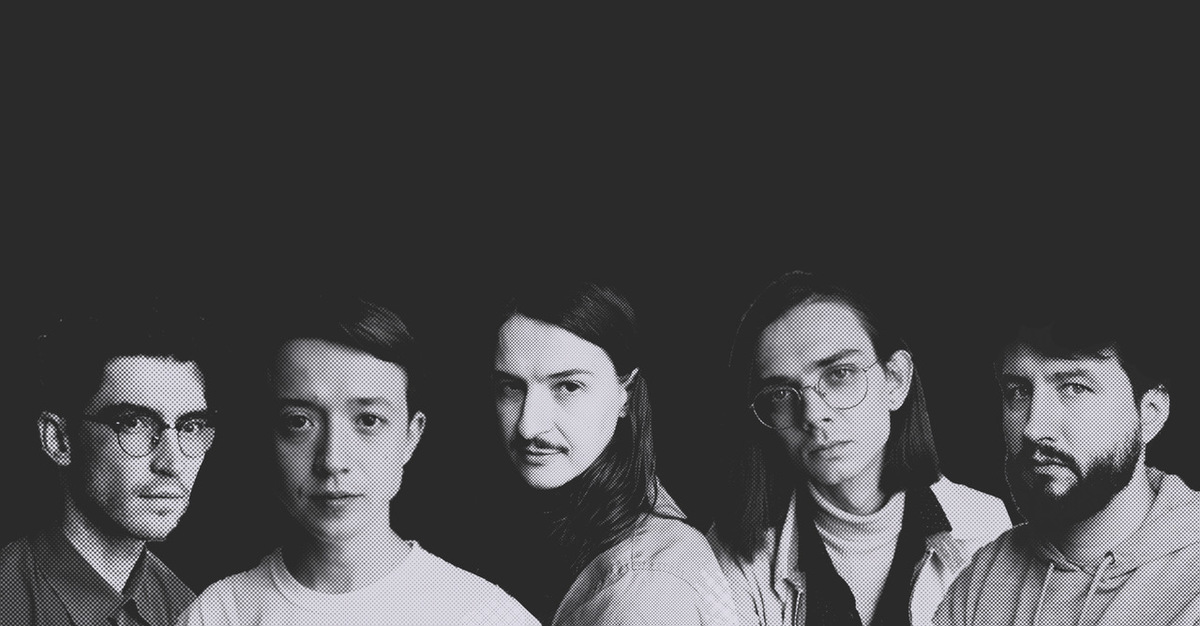 Tell us about your new single ‘Unsaid’. What’s it about?
It’s about being open to people around you, it’s about being brave, it’s about the ability to express yourself in the moment, to tell what’s important. We shy away, can’t find the right words, or find ourselves not in the mood to talk. Next thing you know the right moment or more so the very person is gone forever. This is my mantra so I can remember that I’ve got to be brave and open to people, especially to loved ones.

You’re also about to release a new album Unsaid. What can we expect?
Right now it feels like it’s the best one so far, it’s the most complete work we’ve ever done and we’ve enjoyed working on it like never before. Sounds a bit pretentious, but it truly feels like it. For the first time we’ve decided to start writing every song on the album with lyrics, so the ideas and the stories are more personal and go much deeper this time. We’ve got two collabs on the album and we never have released featuring songs before, so it’s exciting.

Well, and that word just keeps popping up. Once again this album is a journey and it begins with a train going back to the childhood memories and then continues into the adulthood with all that it brings, weighing us down, teaching us the ultimate lesson. But in the end and no matter what, it’s all worth it in the face of the biggest love of your life. That’s pretty much it. And for those who will buy vinyl, there’s a surprise waiting for you.

How was the recording process? Did it take you a long time to write the album?
We worked in our favourite studio just outside Moscow with our long-time friend and collaborator Sasha Xuman. We did most of the recording by ourselves and the whole process took us about a year. We decided to mostly use the acoustic instruments on the record, didn’t want to burden the songs with heavy arrangement constructions. We had plenty of time perfecting every aspect of the record and felt at home at Xuman Records Studio. The last month there was truly special.

How does Unsaid represent your style?
This is where we are now stylistically and we feel ourselves as comfortable as ever. We would like to keep the storytelling part in the future that’s for sure, so the lyrics-first attitude is here to stay. Everything else - only time will tell.

What are your hopes for the new album?
I hope it will find its audience, there’s a lot of heart in it and I hope it will give us a real chance of a breakthrough in Europe and, who knows, maybe even in the US. It’s a critical point for us and it’s time to work hard in order to expand.

How’s 2020 looking? Do you have anything exciting to look forward to?
We’ve got at least two videos planned, a couple of headline shows in Russia, then playing in two or three cities before heading to UK, then after showcasing our record in the UK, a couple of summer festivals back in Russia and after that a European tour in autumn. So it looks like it’s going to be a busy year for us!

Finally, if you could go back in time and give yourself one piece of advice, when would it be and what would you say?
Time-travelling is a slippery slope and it’s more like cheating and I consider myself a hard-working man. Also, I’m afraid I wouldn’t stop at just saying something to myself and I might actually do something. And that could mess up the whole course of history. I’m not sure I’d want that. But, seriously, I wouldn’t want to change a thing. I’m a lucky man, I’ve even got a song about that.

Listen to ‘Unsaid’ on SoundCloud below. For news and tour dates visit the On-The-Go Facebook page.