Neuromantics is a four-piece alt-rock band from London - Daniel (vocals/guitar/keyboards), Andrew (guitar/keyboards), Daniel (bass/vocals) and Edgars (drums). We caught up with Daniel to chat about new single ‘Naive’ from their lastest album Crimes of Passion.

We are all about making music that people can really feel and connect with.

First up, tell us bit about yourselves - who are Neuromantics, and what were you doing before making music together?
We are four different guys (Andrew, Dani, Ed and me, Daniel), all from different countries, all with a passion for music. By chance we all ended up in London. I’d met Andrew, a London native, years ago when backpacking around Europe. We’d kept in touch and had worked on prior EP project together in Sydney.

I met Ed when volunteering at a hostel in Latvia in 2015. He ended up moving to London and I arrived not long after in 2016. The three of us decided to experiment with making music together but were missing a key ingredient – bass. Andrew mentioned the opportunity to his Portuguese colleague. After one practice it was clear Dani was a good fit and thus the band came into existence.

Who did you take inspiration from?
All of us had previously played in other bands and projects of different styles. For example, Dani was all over the punk rock scene in Portugal, Ed was in a folk-rock band in Latvia, and Andrew was in numerous bands (recently post punk). I was in an alternative rock band in Australia and also spent some time as solo artist (singer/songwriter).

I think we all take inspiration from a lot of styles and genres and infuse various elements from this broad spectrum to formulate our own unique sound. On a personal note, I’m enthralled by experimental rock, post-rock, math rock, alternative rock, blues, and jazz.

Why the name ‘Neuromantics’? What do you stand for?
We had a list of potential band names. Multiple lists actually. I honestly don’t know how half of the names materialised – there were some odd ones that’s for sure. Neuromantics was voted on collectively and seemed to have a nice ring.

We are all about making music that people can really feel and connect with. The songs are quite varied thematically, melodically, tempo wise, etc, and perhaps this variety facilitates certain tracks correlating more to certain moods or states of being. At the end of the day however, we leave it up to the listener to derive their own interpretation, sensation and interaction with the tracks and the emotions they unveil.

How would you describe your musical style?
Alternative rock, although some songs have more of a pop rock, indie rock, or soft rock sound.

If you could collaborate with any living artist, who would you love to work with?
I don’t want to be presumptuous and answer for the others, but I’d personally like to collaborate with a lot of artists. Jason Wade from Lifehouse would be high on the list. I’ve derived a lot of inspiration from his music over the years and really feel the emotion and deep meaning instilled in his music and lyrics.

Sigur Rós would be another. I love their appetite for experimentation and while I haven’t been to a live concert yet, I believe the ambiance would be quite ethereal and therapeutic. I’d also like to jam with Covet – they have same awesome melodies, rhythms, and beats! 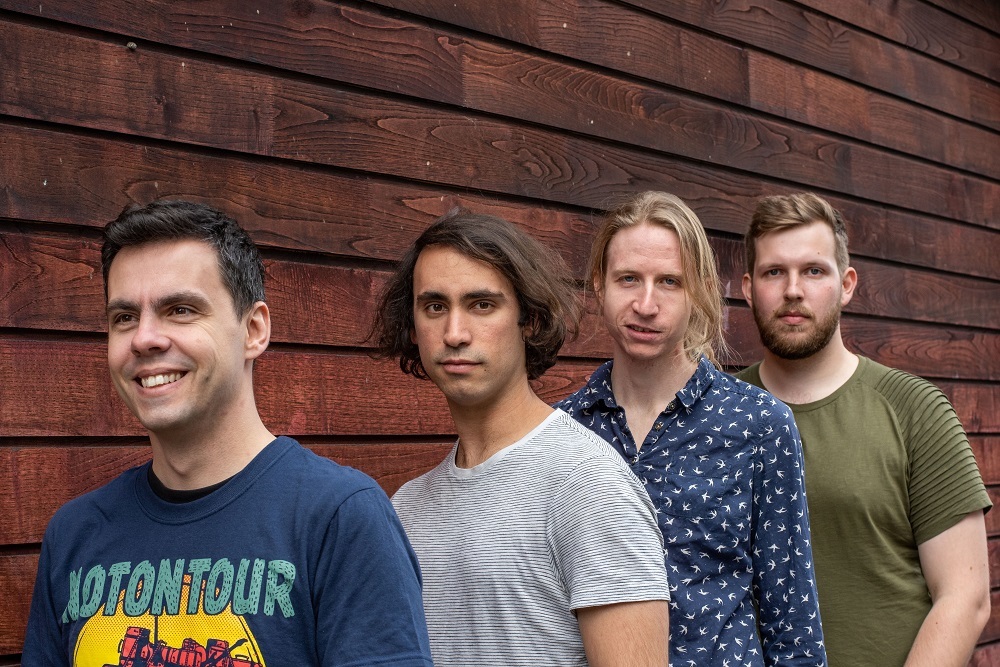 Tell us about your new single ‘Naive’. What’s it about?
Learning from your mistakes, reflection, finding hope in a period of despair, holding on and fighting for what you believe in. It was great to have Beth Roars join us for the music video. Beth is my singing teacher and she sung on the track in the studio. It was create to combine the harmonies together as the climax of the track emerges, joined by the intertwining melodic layers of the instruments.

When did you write it and where did you record it?
Initially written in my bedroom a few years ago and then brought further to life and into its current form as a group. We recorded the track, along with the album at Puzzle Factory Sound studios with producer Dan Liniere.

I randomly met Dax at a takeaway shop one night and we got talking music. Not long afterwards he was showing us around his newly built studio. The fit was spot on and the timing opportune (as we were preparing to enter the studio to record our debut LP).

‘Naive’ is taken from your forthcoming album Crimes of Passion. What can you tell us about that? Can you talk us through each track?
It was the culmination of a long journey. One of my main joys in life is writing music and I’d built up a catalogue of tracks at various stages in life. The album essentially amalgamates a number of these songs.

For me to go into the details of each track would be a documentation of years of different experiences – highs and lows, bright places, melancholy places, uncertainty, fear and trepidation, new discovery and opportunities, questioning things, and so on. We like to let the listener form their own interpretation.

What are your hopes for ‘Naive’, and the album?
That the music and themes encapsulated across the tracks resonate with people and helps them in some capacity.

What are your other plans for what’s fast becoming a crazy year?
We’d love to start gigging again to support the release of the album. Obviously that’s presently on hold given the quarantine/lockdown rules but we’d be keen to resume playing live once it’s safe to do so. Otherwise, we are also working on the structuring and layers for a number of new tracks envisaged for the sophomore LP.

Finally, if you could go back in time and give yourselves one piece of advice, when would it be and what would you say?
Don’t live in the past but rather live in the now.

Listen to Crimes of Passion on Spotify below. For news go to the Neuromantics Facebook page.