Neil Friedlander was born in Jerusalem, Israel and started writing songs when they were nine-years old. Neil continued to write throughout High School and service in the Navy with their first album, Movements Into Language produced by Aviv Meshulam, released in January 2018.

Neil and Aviv toured with the album in Italy and Israel, and have now produced the follow-up, Love is a Ripple on a Lake. We caught up with Neil to find out more.

My melodies are usually sort of bright and optimistic no matter what I’m writing about.

First up, tell us about yourself - what got you into music?
My name is Neil, I was born in Jerusalem, Israel, and am now living in Brooklyn, New York. I discovered music at a very young age; I wrote my first song when I was 9. I remember feeling that music made things more real. It was like another form of speech, but it hit you a little differently. I think I always needed an outlet to be able to say things that I didn’t know how to say otherwise, especially when the emotion of it was overwhelming.

Were there any particular bands or artists you took inspiration from?
The earliest inspirations for me were great singer - songwriters: James Taylor, Joni Mitchell, Bob Dylan. I couldn’t get over how real they were, each in their own way. James Taylor had this one song where he mentioned his then-wife Carly Simon by name (on ‘There We Are’) and I was so moved by that kind of thing.

Later on, I fell in love with a lot of indie stuff and I think that that inspired the direction I wanted to go in. Death Cab for Cutie were a big influence, Bon Iver, Sufjan Stevens, Fleet Foxes. St. Vincent’s Actor taught me a lot, it was truthful but cool, and I loved that. Vocally I’m most inspired by jazz singers like Chet Baker and Billie Holiday.

How would you describe your musical style?
I think I’d call it alt-pop. My producer Aviv Meshulam and I are very drawn to a warm and minimal sound. We use different synths and pads, bells, guitars, marimbas. There’s a lot of 80’s inspiration infused into it and it’s often atmospheric. My melodies are usually sort of bright and optimistic no matter what I’m writing about.

If you could collaborate with any living artist, who would it be?
That’s a really tough one. I’m going to say Grimes (Claire Boucher), because I’m mesmerised by everything she does and constantly blown away by her creativity. 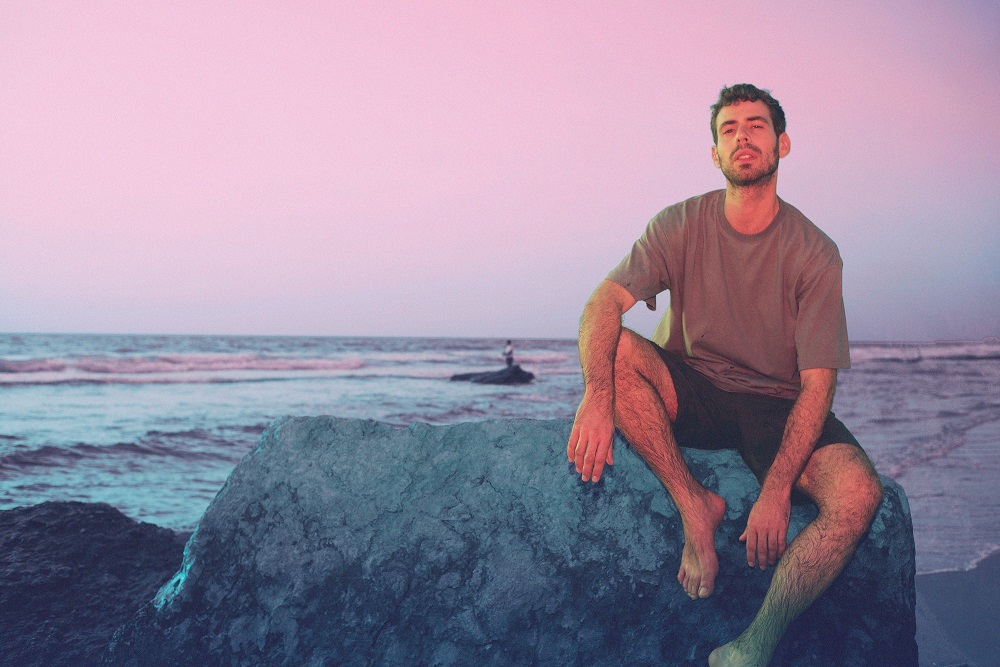 Tell us about your new single ‘Love is a Ripple on a Lake’. What’s it about?
‘Love Is a Ripple on a Lake’ is a song about the journey of letting go. I had gone through a lot, and I was holding on to it, and it was starting to make me forget myself. I decided to go to India, and I wrote this song as a sort of letter, before and during that trip, saying “this is how you will be yourself again, this is how you will breathe easy”. And what I realised writing this song is that I was always free, even when I thought I wasn’t.

When did you write it and where did you record it?
I wrote it about two years ago over the course of a few months, in Tel Aviv and then in India. We recorded the song in Aviv’s home studio in Jaffa.

What are your hopes for ‘Love is a Ripple on a Lake’?
With timing the way it is, my main hope for this song at the moment is that it brings people some calm in all this craziness, because I think it might have a soothing quality. I’d really love to make some people feel good. Other than that, I hope some may find in ‘Love Is a Ripple on a Lake’ some clarity in their own struggles with letting go.

Your album, also titled Love is a Ripple on a Lake. What can we expect from that?
The album has got a lot of different elements to it, a lot of stories being told from different perspectives, and it has its own atmosphere. It moves between synth-pop daydreams to minimal 80’s love songs, as well as some more experimental sci-fi influenced stuff I’m very excited about. I think there’s a lot of nostalgia there. I can’t wait for you to hear it.

Finally, if you could go back in time and give yourself one piece of advice, when would it be and what would you say?
Around age six. The advice would be: Neil, learn to cook. A day will come when all you’ll know how to make are omelettes and pasta and this will be very sad for you.

Watch the video for ‘Love is a Ripple on a Lake’ on YouTube below. For more music, go to Neil Friedlander’s SoundCloud page.