Mira Pardelha is a musical collective named after an endangered species of fish, which is only found in three rivers in southern Portugal. Their album, About Land, is an album of Lisbon stories: of overheard voices, cinematic settings and forgotten folklore. We caught up with them to find out more.

We’re all friends, but our geographical and cultural differences mean we all come at the music with varying approaches and contexts.

First up, tell us about yourself - what got you into music?
We’re a collective of people who have always been around music. Some of us have played in other bands. Half of us live in London (via Toronto and Montreal). Half of us live in Lisbon. The project is a studio based collaboration borne out of years of demos and discussion between Canadian-British and Portuguese friends.

Jason is the project’s bedrock, a Canadian-British producer and musician living in London who after living in Lisbon in late 90’s developed a passion and near obsession with the culture. Long after leaving Lisbon and settling in London he imagined an indie-rock exploration of Portuguese music and storytelling. He brought in London friends, Ian (who had been a flatmate in Lisbon) and Ursula to demo ideas and work on song structures.

Jason then brought in his Lisbon based friend, Tiago who runs the Lisbon studio where most of the album was recorded. Tiago brought in other Lisbon musicians, like percussionist, Cara De Gato and arranged strings and horns. He also approached Lisbon poet, Nuno, who wrote many of the lyrics.

A few other of Jason’s musician friends contributed parts. The project was only realised with the addition of singer, Benedita. She is able to connect with the songs and brings her energy and vision with an authentic Portuguese voice.

Were there any particular bands or artists you took inspiration from?
The album is an attempt to draw out our love of great Luso music, Portuguese Fado legends like Amalia Rodrigues and Brazilian giants like Gal Costa and Milton Nasciamento, and combine it with a love of great Anglo-American underground music, 4AD bands from the late 80’s, 60’s girl groups, Scott Walker, The Bad Seeds, PJ Harvey - that kind of thing.

How would you describe your musical style?
We’re all friends, but our geographical and cultural differences mean we all come at the music with varying approaches and contexts. All our tracks strive to achieve degrees of darkness and beauty.

Our debut, About Land, is a fusion of some kind of resulting Anglo-Portuguese aesthetic. We’re influenced by big, lush late 60’s productions, like Phil Spector sound, but also the production of a lot of Brazilian records of that era.

If you could collaborate with any living artist, who would it be?
It’s got to be a legend. Nick Cave? Maybe Caetano Veloso? 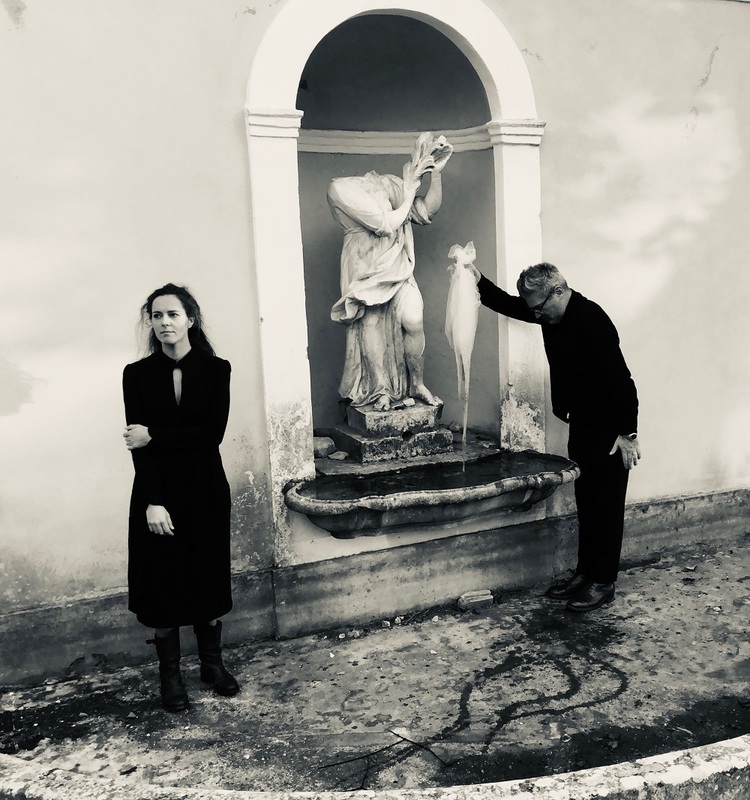 Tell us about your latest release About Land. What’s it about?
It’s an album of romantic and enigmatic songs exploring the Portuguese character. The group, Mira Pardelha, is named after an endangered species of fish found only in three rivers in southern Portugal. The concept was to write an album of songs that address typical themes around love, loss and discovery channelled through Portuguese experience.

We’re interested in the changing nature of Portuguese identity - which, like the Mira Pardelha fish, risks being overwhelmed by ever-changing external forces. And the title About Land, is meant to convey a sort of sweeping sense of what grounds that identity, what’s important.

When did you write it and where did you record it?
The album was written and recorded over many years in houses and studios in Lisbon and London.

How does About Land represent you?
Mira Pardelha started with an outsider’s passion for Portugal and found a collective of Portuguese collaborators. Together we’re exploring a circle of Portuguese experience. Some of us connected but have only flirted with it, some of us know it deeply and it defines some of us. The London-based members are maybe like wide eyed kids, naively enthusing and maybe bringing some of the obvious thematic materials, which are dragged into the light, subverted, and made more interesting by the Lisbon based members. When the music works it’s because of that alchemy of perspectives.

Can you talk us through each track?
We’d be reluctant to explain away all the mystery in the songs, but we can sketch outlines. The opening track, ‘Rosa Dos Ventos’ or ‘Rose of the Wind’, describes a woman with only an astrolabe or compass putting herself in the role of the Portuguese navigator who didn’t know if he was about to fall off the edge of the world.

For Europeans, Portugal was the end of the world for many centuries. Maybe it’s song about courage. ‘Entre o Ceu e o Chao’ means ‘Between the sky and the floor’ which is a sort of psychedelic rumination on various states of disorientation.

‘Dust Is a Cloudless Sky’ references a legend, in which Portuguese nobleman poisons the land of his lover with salt. The titles of the next songs, ‘Somos So o que Fica por Dizer’ and ‘Mudança’ might speak for themselves, translating to ‘We are what is left unsaid’ and ‘Change’. The songs kicking off the second half of the album reference more Portuguese folklore and legend. 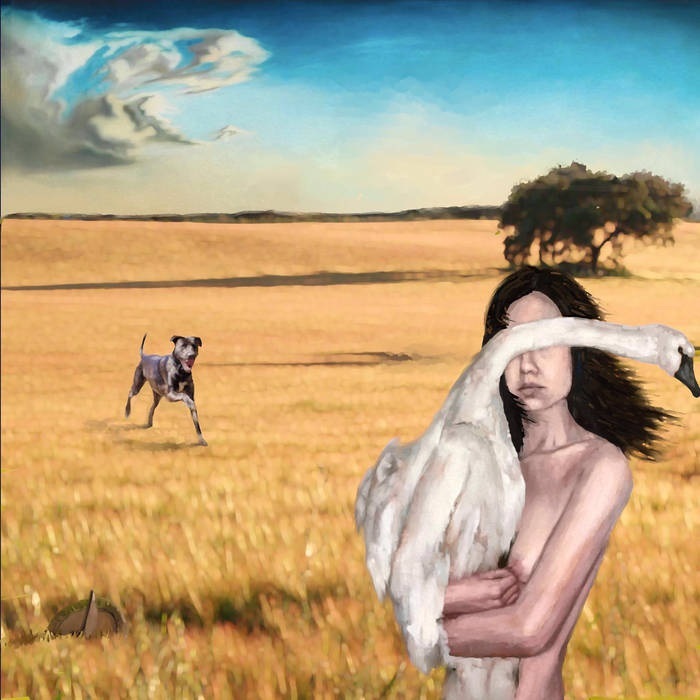 ‘In For Prester John’, we wanted to write about the legend of Prester John as a way to talk about what so many of us do today, which is to believe in something blindly. So it’s a song about the cult of personality and myth-building the obsession that brings. From the 13th to 16th centuries, Portuguese explorers travelled the world trying to find Prester John, what they believed was a lost Christian Kingdom in Africa or India. It was never found. But maybe that passion for an imagined reality is what drives us. Great things are accomplished because of myths. But what around us is real?

‘Ghosts of Rossio’ is a song about living history and the burden of carrying that around. ‘O Tempo Dira (Algumas Palavras)’ is a sort of conversation with time. Its working title was the album title, About Land, for a long time. ‘City of Good Light’ is an instrumental ode to Lisbon, and the album closes with ‘Eu Sou Neptuno (Crumbling Buildings)’, or ‘I am Neptune’.

For an album called About Land, we wanted to end with a song about the sea, which is key to Portuguese identity. But the brackets (Crumbling Building) reflects what’s been lost, maybe the literal buildings in the 1755 Lisbon earthquake, an empire, aspects of national identity in a confusing world.

What are your hopes for About Land?
That people listen to it, connect with it somehow and share it. Maybe it will pique a curiosity about Portugal and Luso culture.

What else have you got coming up in 2020?
Covid19/Coronavirus seem to have changed what’s normal. So, for now we’re just focused on promoting the album.

Finally, if you could go back in time and give yourself one piece of advice, when would it be and what would you say?
At every creative impasse, just make the music you want to make.

Listen to About Land on Bandcamp below. For more details, go to mirapardelha.bandcamp.com.