Rising RnB star Lydia Singer has graced the stage at Ronnie Scott’s as well as Dame Cleo Laine’s jazz venue The Stables. We caught up with her to chat about new single ‘Games’.

‘Games’ is a track about being able to see right through someone’s sugar-coated lies and telling them: “hell nah”.

First up, tell us about yourself - what got you into music?
My name is Lydia Singer, I’m an 18 yr old singer-songwriter and I got into music after entering my first singing competition when I was 9 and won it!

Were there any particular bands or artists you took inspiration from?
I’ve always been a big fan of Ariana Grande and the way she makes her singing sound so effortless, and of course her music is amazing. I’ve also been inspired by Etta James as I’ve been singing some of her songs since I was very young.

How would you describe your musical style?
I would describe my musical style as fun and a lil bit quirky, my track ‘Games’ in particular had more of a grime feel but my latest track to be released is more of a pop song with a slight reggae feel to it. 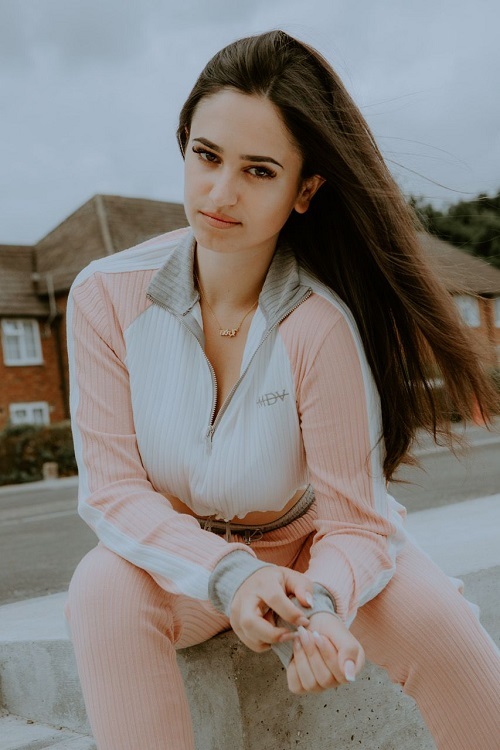 Tell us about your single ‘Games’. What’s the inspiration behind it?
The inspiration behind my recently released track ‘Games’ was to do with a fling I had in the summer of 2019 and I remember being constantly confused since the guy would always be hot and cold with me so I could never tell what was going on. After sitting back and looking at the situation I realised I’d let him go on for wayyy too long playing his games and put an end to it! Which is why ‘Games’ is a track about being able to see right through someone’s sugar-coated lies and telling them: “hell nah”.

How did Spookzville get involved?
I became involved with Spookzville as I was lucky to meet Big Narstie and I was introduced to Spookzville as he’s produced a lot of his tracks, he sent me a couple of his tracks and one of them really stood out for me, so I wrote and recorded a song on it and that how I made ‘Games’

When did you write it and where did you record it?
I wrote ‘Games’ during the summer of 2019 and I got together with the producer I’d done the rest of my EP with and recorded it in a recording studio in South London.

How does ‘Games’ represent your style?
‘Games’ represents my style as it’s a fun track that shows a slightly different side to me with songwriting however fits really well and is the perfect contrast with the rest of the tracks on my EP.

What are your hopes for ‘Games’?
My hopes for my track ‘Games’ is to continue gaining attraction and to have as many people hear it at as possible! A recent achievement with ‘Games’ was that it was played on 1xtra by Sian Anderson and was also played on BBC London by Lion Heart and Salma!

How’s the rest of 2020 looking in what’s becoming a crazy year?
The rest of 2020 is looking eventful! I’m going to massively focus on growing all my social media platforms and hopefully if possible have some performances later in the year but only time can tell with that one.