Singer/songwriter LUNA’s feeling-driven production folds together sparse textures and glitch-skewed beats aiming to create tense atmospheres. She’s also known for her DJing, thanks to a monthly radio show on Melodic Distraction and getting behind the decks at LIMF’s VIP party and experimental clubnight ‘athe’. We spoke to LUNA about new single ‘Night Drive’.

[In my music] there are a lot of synths, samples, sub and drum machines. But basically whatever sounds I find interesting.

First up, tell us about yourself - what got you into music?
I started learning piano when I was six and wrote silly little pop songs not too long afterwards. One Christmas, my parents got me a karaoke machine with a little microphone and a tape recorder. They must’ve regretted that one because I spent night after night shrieking into that poor microphone, with a cassette in every orifice of the house…

Were there any particular bands or artists you took inspiration from?
Kate Bush was always a huge one for me. My mum is probably THE biggest fan so my childhood was soundtracked by each and every one of her albums. On the other end of the spectrum, my Dad is well into 90s/early 00s trance, so I’ve always loved electronic/dance music.

How would you describe your musical style?
It’s hard to pin it down to one particular genre… There are a lot of synths, samples, sub and drum machines. But basically whatever sounds I find interesting. I love ethereal vocals, paired with gritty, dark and glitchy sounds. But above all, it’s honest, raw story-telling. A way of dealing with personal pain, love, loss and acceptance. Wistful music for those twilight hours.

Why ‘LUNA’?
I’ve always been a bit of a nerd and obsessed with space. When I started making floaty electronica that also felt spacey, LUNA just felt right. Unfortunately, nothing to do with Harry Potter.

If you could collaborate with any living artist, who would it be?
I would LOVE to collaborate with FKA Twigs. She has such huge creative ambition and conducts it so effortlessly. It’d be amazing to have a window into her mind. I’m also pretty enamoured by the club collective NUXXE (Shygirl, Sega Bodega, Oklou & Coucou Chloe) - I’d love them to take my sound and make it ‘nasty’. 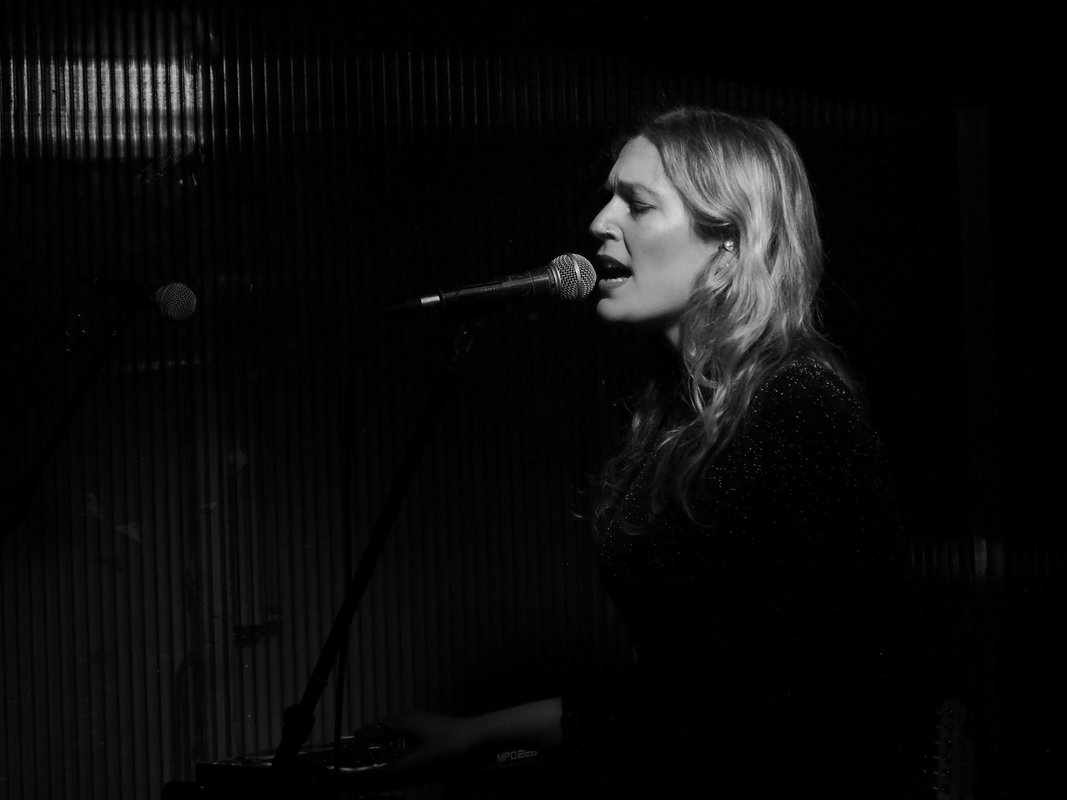 Tell us about your single ‘Night Drive’. What’s it about?
‘Night Drive’ is an inward contemplation on love and loss. It’s not necessarily about one person, but an embodiment of several. All the regret and nostalgia; the things you could’ve said or done differently.

When did you write it and where did you record it?
Believe it or not, I wrote it in the back of my friend’s car. My phone had died so I couldn’t record a voice note and we still had an hour to go, so I hummed the first verse over and over again until we got home so I’d remember it. I recorded it on a studio residency in Leeds as part of the ReBalance programme for women. I was lucky enough to be paired with an amazing studio engineer Rhiannon Mair, where we tracked vocals and finished the mix in a couple of days.

How does ‘Night Drive’ represent your style?
I’d say it’s probably the most commercial track from the forthcoming EP, but still has that dreamy, ethereal sound that you’ll hear throughout. Again, it’s an honest journey through my thoughts and emotions. Each track is where I turn to, to figure stuff out.

‘Night Drive’ is taken from your forthcoming EP. Can you tell us more about that?
My debut EP Hello Earth will be out on Friday, March 13th. I’m so excited to finally get it out into the world, as I’ve been sat on it for what feels like forever. It was written during a turbulent time in my early twenties, so each track is very special to me. It begins as a lost girl in a testing relationship and ends as an independent woman who has accepted change and responsibility.

What are your hopes for ‘Night Drive’ and the EP?
I simply hope that people will like it and can relate to it. Writing it was a cathartic experience and made the weight of the world a little lighter - I hope people can find the same kind of solace by listening to it, as I did making it.

How’s 2020 looking?
2020 feels like the one! I’m putting on my EP launch on Friday 13th March here in Liverpool, at a majestic venue - St Bride’s Church. After that I’m supporting big cats All We Are, then in May I head to The Great Escape Festival in Brighton, which I’m ridiculously excited for! Alongside this I’m already prepping my second release, which features some more dancier and upbeat numbers…

Finally, if you could go back in time and give yourself one piece of advice, when would it be and what would you say?
I would say… don’t rush anything. Everything will happen when it’s meant to happen. Stew in the heartbreak; stew in the pain - let it wash over you because you’ll end up with something beautiful.

Watch the video for ‘Night Drive’ on YouTube below. For news and tour dates go to LUNA’s Facebook page.