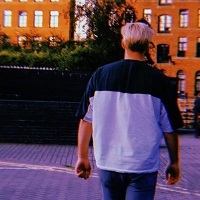 LOC is an emerging solo artist from Leeds who infuses woe-laden lyrics with punchy, synth-filled instrumentals to create relatable songs with catchy melodies. We caught up with LOC to find out more about his music and latest single, ‘WORTHY’.

Melancholic, chilled-out pop with a strong rhythm section thrown in to keep everything together

First up, tell us about yourself - what got you into music?
I grew up listening to a lot of different music from what my dad would play when driving around. He plays bass and guitar so there where always instruments around the house… I started playing drums at about 11, but before that I dabbled on guitar a little bit. I guess it all stems from that really!

Were there any particular bands or artists you took inspiration from?
There have been a lot over the years to be honest. When I was younger I used to love Incubus, Led Zeppelin and Free to name a few! My most recent influences would have to be The neighbourhood and The Japanese House which I am really digging at the moment!

How would you describe your musical style?
Hmm, I would say melancholic, chilled-out pop with a strong rhythm section thrown in to keep everything together!

Why ‘LOC’?
It’s my initials! I tried going all out and picking some cool name but I’ve always liked how my initials look in caps, so just ended up rolling with that.

If you could collaborate with any living artist, who would it be?
I’d see it an honour to work with Amber from The Japanese House, or just being present in a 1975 writing session would probably teach me a lot! 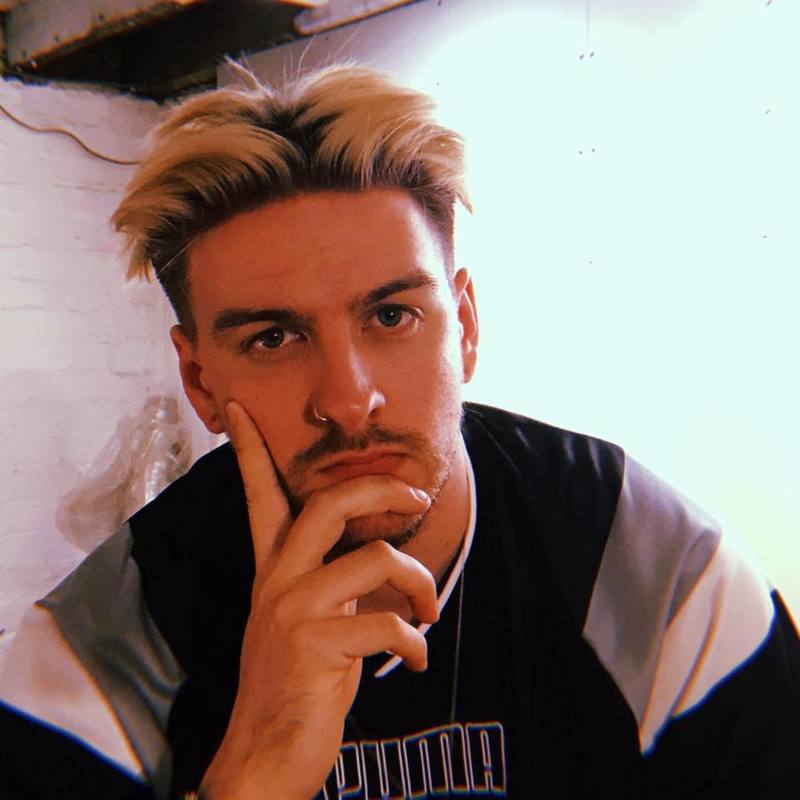 Tell us about your single ‘WORTHY’. What’s it about?
So WORTHY was written and produced by myself. It was born after coming up with the chorus lyrics ‘take me, please just show me I’m worthy’ which fit the melody I had and is written around never feeling good enough to be in a relationship, along with being under the delusion that you are constantly doing something wrong when you’re probably not.. I guess it’s about dealing with paranoia in a relationship overall.

When did you write it and where did you record it?
I wrote it about a year ago before I moved out, I then made a home studio out of my basement and recorded it all in there! My little cave where I can escape from the world..

How does ‘WORTHY’ represent your style?
I would say the production style represents me most, I have tried to go for a modern sound but tried keeping it lively enough with guitar so it doesn’t sound too robotic.

What are your hopes for ‘WORTHY’?
I just want loads of people to hear it to be honest. If it is a step in the direction of allowing me to play gigs on the regular then I would be very happy with that!

How’s 2020 looking?
It’s looking pretty good so far, I have ad a few gig offers following the release so I am hoping I can get nice and busy in the live scene as the year goes on! I will also have a couple songs coming out around summer.

Finally, if you could go back in time and give yourself one piece of advice, when would it be and what would you say?
Just to believe in myself more at a younger age really. I would give that advice to anyone. The music scene and industry is such a diverse place, don’t be afraid to put yourself out there!y dad would play when driving around. He plays bass and guitar so there where always instruments around the house… I started playing drums at about 11, but before that I dabbled on guitar a little bit. I guess it all stems from that really!

Listen to a clip of ‘WORTHY’ below. For news and tour dates visit LOC on Facebook.