London artist Lial writes haunting and melancholic electronic-pop, with her most recent single, ‘Embers’, about the struggle of removing oneself from a simultaneously destructive and addictive situation. ‘Embers’ is taken from her second EP, Made to Break, which will follow in the summer. We caught up with Lial to find out more.

It’s weird because I don’t think others would describe me as especially dark, but when I write these things just come out – it’s like my yin and yang!

First up, tell us about yourself - what got you into music?
I have always been musical and knew I wanted to sing and write from a fairly early age – I worked for a bit in music management which prompted me to make my artist project happen. I don’t think being in music is a choice though, it’s more like you can’t not do it!

Were there any particular bands or artists you took inspiration from?
Lana del Rey has been a big inspiration for me – lyrically I think her style is bold and uncompromising – she just creates mood by picking extraordinary words and ideas, but somehow they seem simple. Other artists like Banks, Shura and Lapsley also were key in bringing more electronic instrumentation to my sound but also the big expansive sounds of London Grammar and Daughter.

How would you describe your musical style?
I would say it’s got a dark pop feel to it and there is a melancholy to the songs I write. It’s weird because I don’t think others would describe me as especially dark, but when I write these things just come out – it’s like my yin and yang!

Why ‘Lial’?
My middle name is ‘de Lisle’ but no one can say or spell that so it made sense to call change it to Lial for my solo music.

If you could collaborate with any living artist, who would it be?
Sohn - he is a genius and our voices would work brilliantly together. 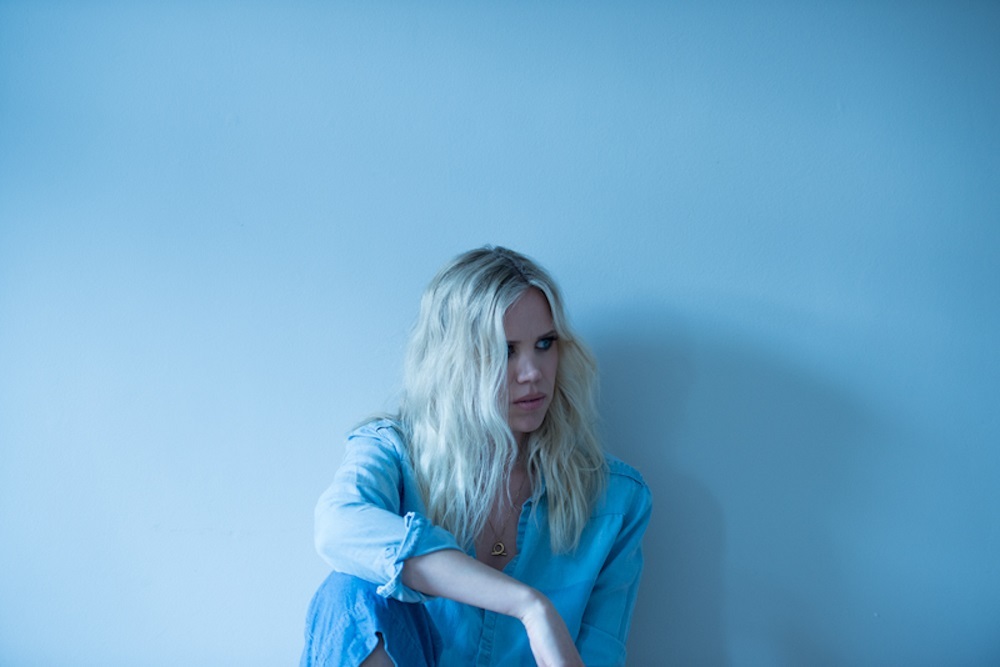 Tell us about your single ‘Embers’. What’s it about?
I co-wrote ‘Embers’ with my producer, Gregor McWilliam. The song’s about that kind of relationship which is toxic for you, and yet you keep going back. It’s about about freeing yourself from it, kind of the final straw when you’re like actually, no, I’m not up for this anymore.

When did you write it and where did you record it?
I wrote it and recorded it with Gregor McWilliam who is an amazing producer - we recorded it in London.

How does ‘Embers’ represent your style?
‘Embers’ is dark and melancholic but there is a slightly more open and uplifting chorus. There’s also quite a big string arrangement on it which echoes throughout the second half of the track.

What are your hopes for ‘Embers’?
‘Embers’ is the first single I’m releasing from my forthcoming EP. I want it to resonate with people and also to introduce my new sound a little. I’d love it to end up on a tv/film soundtrack and have had some feedback that it would really suit this, but everyone wants that for their songs don’t they!

‘Embers’ is taken from your forthcoming EP Made To Break. What can you tell us about that?
The new EP, Made to Break is out in June. I’m really proud of it and the production really is exactly where I wanted my sound to go thanks to Gregor who totally understood the vibe I wanted. The weirdest thing was that we wrote it about a year ago and a lot of it ended up becoming true – I think you can sometimes tap into something that’s going on in your subconscious through music that you aren’t even aware of consciously. It’s like a warning from somewhere else and was kind of surreal when I realised that.

How does Made To Break compare with your first EP?
Both EPs address the inevitability of pain and the fact that it’s inescapable - even the good bits of love carry the shadow of heart break whether that’s betrayal or loss, past of future. My first EP, Heart Scars, I wrote not that long after my father had died and my mother had been seriously ill which definitely left its mark on me and impacted my relationships. This EP is probably leans towards pop a bit more, and focusses more on a sense of a relationship coming apart and questioning the other person but I think I’m more self-assured now.

What else have you got coming up in 2020?
I’m hoping to be able to do some gigs later in the year, but obviously that massively depends on the current situation with the fall out from Coronavirus which have impacted everyone hugely… either way I will be writing a lot more and hoping to connect with people online.

Finally, if you could go back in time and give yourself one piece of advice, when would it be and what would you say?
Just do it – whatever it is. Take action. I spent a long time waiting to feel ready and it just ends up holding you back. There’s no right to wrong anyway.

Listen to ‘Embers’ on SoundCloud below. EP Made to Break will be out in the summer. For news and tour dates, find Lial on Facebook or Twitter.