German DJ and electronic music producer Less, aka Stefan Lessner, has been active for more than 20 years within the electronic music scene. He’s been involved in many events and label projects such as Pour le Merite and Enliven, as well as being a mainstay artist at Freude Am Tanzen.

Less released his debut album Stranger in late 2019, and now it’s been reworked in a remix pack featuring Portable, The Exaltics, Perm and Freunde Der Familie. We caught up with Less to find out more.

I don’t make my living from music. It’s just fun and passion. What I really like is concepts.

First up, tell us about yourself - what got you into music?
After The Wall was falling down in Germany 1989, the two music channels MTV and VIVA were my first input. Especially Peter Gabriel’s music really sucked me into it. Later Sven Väth’s ‘The Beauty And The Beast’ and The Prodigy get my first connection to hypnotic electronic music. Then the first try to scratch on Tone Loc’s ‘Funky Cold Medina’ on a HiFi-Turntable. I messed the needle up quite quickly and mom was not amused. Then it goes all automaticly.

Writing hip hop lyrics, playing streetball, painting bombings, building beats and trying to make up our own crew. I really like the energy that we ex-east German kids had in this time. Everyone wanted to make his own shit during these days and tried to find his own expression in a crazy time. A lot of creativty and illegal partys were born. 1996 an HR3 Clubnight Mixtape by Sven Väth blowed up my mind and converted me quickly back to electronic music. Since then I jumped around with a stroboscope in my childroom and tried to mix techno and produced Electro Beats with the software Rebirth.

I can remember how ‘Rolling & Scratching’ by Daft Punk was on so loud that you could hear it over the whole parking place and see one window with flashing lights. That was me. Just getting crazy. At least until Mommy came in.

Were there any particular bands or artists you took inspiration from?
It would be a bit messy to count all of them. But I’ll try to strip it down. For sure you have these bands who inspires almost everyone like Kraftwerk, Joy Division and Fraktus. In case of experimental pop music i really love Wife and Super Collider.

When it comes to ambient, probably Tim Hecker was a big influence in the last years. I really love his noisy romantic. Especially Love Streams is wonderful. But also Mondkopf inspires me with his Hadès album.

Einstürzende Neubauten is my big inspiration for German lyrics and minimalistic but impressive atmosphere. When it comes to dance music probably Ricardo Villalobos was a long time my hero. But also Green Velvet, Surgeon, Metro Area, Levon Vincent and Scratch Massive. I better stop now. Otherwise I’ll write a book on this topic. 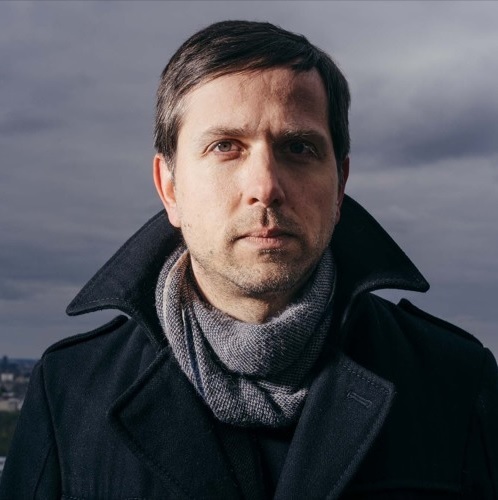 How would you describe your musical style?
Simply electronic music. There are too many styles which I like and make. Feel free to check my SoundCloud to see what I mean. There are colleagues who said it would be easier to make just one style but I really can’t. I don’t make my living from music. It’s just fun and passion. What I really like is concepts.

So I always think what music would fit for a setting, time and people. That could go from dreamy ambient to industrial techno, electronica, electro or house. Always a red thread and dramaturgy is important for me.

Why simply ‘Less’?
This name really fitted when I played minimal-house and techno during the early 2000. Also cause my last name is Lessner (or Leßner). Sometimes I thought about to change my artist name cause of my 1,000 interests. But after three other pseudonyms (More_Spaces, More Places, Ezuri) I gave up.

One important alter ego is the Ezuri project, inspired by the darkest side of my soul. There were some releases on Voitax, but there are also some in the pipeline for this year on other labels. Also my upcoming Omnia EP on Darkfloor Sound that´s been in progress for a really, really long time. I´m very glad that i still love the EP. It´s very intense and cinematic.

If you could collaborate with any living artist, who would it be?
For fucking sure Jamie Lidell. He is not only a super talented artist, he is also very sympathetic and humble. His voice always makes my heart melt. In my opinion he has the most soulful and funky voice of today, and he is also a great producer. Normally I only listen to funk and soul from the 70s.

What inspires you beside music?
Feelings, people, thoughts, experiences, wishes, dreams, books, video games and movies. I think that my music is quite obvious and its not hard to see what I want to tell, because I´m not really trying to hide it.

Even the track names tell you what it is all about. Music was always my best friend during my darkest times, and it still is now that my life is great.

There were times when I almost got crazy if I couldn´t do music. I played DJ sets the whole night on my own birthdays without barely talking to anyone. But now I´m almost 40 and enjoying different sides of my life.

My studio with my friend and well appreciated colleague Reede Reynolds makes me very happy. It´s my first professional studio, after 20 years of making music. But I don’t think it´s necessary to have something like that for producing good music. I just enjoy the sound (and no knocking neighbor), and that I nowadays separate my music from my living room.

Before I was honestly living in a vinyl shelf. That might sound romantic, but it was a bit depressing for while. Maybe it´s like a very long relationship. You should keep your own space and then you are very happy to see each other again. 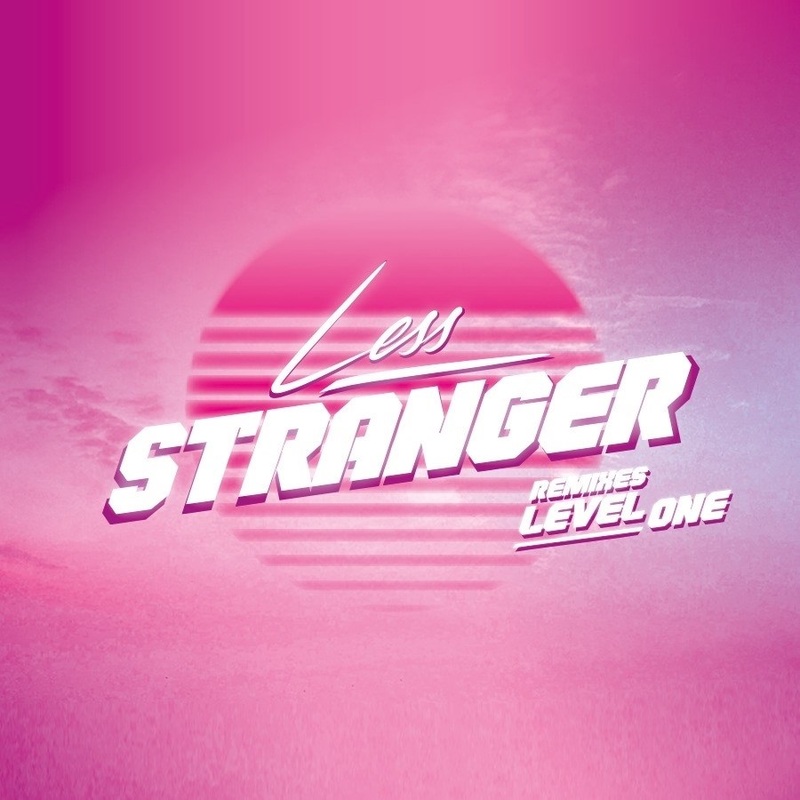 Tell us about your physical debut album as Less, called Stranger, released late 2019. What response did it get?
I had some nice responses from colleagues and a great review in the FAZE Magazin. I didn’t expected much. It’s a conceptual ambient album on a label that normally releases dance music. For me it was just my own dream to make an imaginary soundtrack which was mixed like an ambient set. I’m also very happy with the artwork which was a good collaboration with ‘Toci was here’. There are a lot of details in it. As I said I like concepts.

What tracks were you most proud of?
‘Blütenstaub’ because of its simplicity. ‘Run On My Knife’ because it sounds like a Blade Runner train. ‘Amber’ for its mystique and dreamy atmosphere.

The album has been remixed by the likes of Portable, The Exaltics, Perm and Freunde Der Familie. What did you make of their takes on your work?
I’m just proud of it. Portable is one of my favorite house producers and his style is so unique. The lyrics he wrote for ‘Blütenstaub“ fits so well with the meaning of the track. It takes the romantic aspects of the original sound to a higher level and further on to the dancefloor.

Perms Remix is for me a simple but effective techno track. It reminds me on one of my favorite Two Lone Swordsmen (R. I. P. Andrew Weatherall) tracks ‘No Red Shoping’. Freund der Familie made a very nice build-up track out of ‘Run On My Knife’. The dramaturgy is just stunning!

Last but definitely not least The Exaltics made such a nice remix. He is probably one of my electro heroes and it was such a nice and uncomplicated collaboration. All in all every remix is a bomb and the whole EP is super colorful. I´m also looking forward to the Stranger Remixes Level Two.

How’s 2020 looking in what’s becoming a crazy year?
It feels like Corona is infecting everything this year. For sure it’s crazy when you think about freedom and the club culture. I feel sorry for the colleagues who are in real trouble now, and everyone who is infected with this shit also.

In the same way it´s nice to reflect yourself when you are in quarantine. What is elementary for you? Now the producers have much time in the studio and who knows what flood of nice tracks will come out?

Also how the parties are after this pandemy. Maybe we´ll appreciate the freedom that we had before much more. I work on some tracks and remixes and also have a kind of a band project in my mind.

Even if it sounds a bit hippieish – I believe in music and love. Beside that I can’t take a look in a crystal ball. I don’t have any expectations.

Finally, if you could go back in time and give yourself one piece of advice, when would it be and what would you say?
Always trust your gut feeling! In the same way wrong decisions makes you learn, and I don’t regret so much in life. Hard times can also make you grow stronger.

Listen to Stranger by Less on Bandcamp. For news go to the Less Facebook page.