Singer/songwriter Julia Jonas was born in Cape Town, but grew up in Stockholm, Sweden. She spent years of her childhood in a conflict-ridden country, later followed by the challenges of adapting to a society with little resemblance to her roots. As a result, music became her way of expressing herself and she started exploring and experimenting with sounds in her basement home studio as a means of escape. We caught up with Julia to chat about single ‘Lift You High’ taken from her EP Air.

My sound is usually spacious and dreamy, with a touch of Nordic melancholy.

First up, tell us about yourself - what got you into music?
I started playing the piano at the age of six. At the age of 14, my dad and my uncle built me a home studio in the basement, and my interest in writing songs became a full time hobby. I released my first EP in 2015 and have been releasing my music since.

Were there any particular bands or artists you took inspiration from?
I took inspiration from a lot of artists that I’ve listened to over the years. For this EP I was especially inspired by Sufjan Stevens album Carrie & Lowell, Feist, and the acoustic sound on Dido’s early albums.

How would you describe your musical style?
I would call it pp / singer-songwriter. My sound is usually spacious and dreamy, with a touch of Nordic melancholy. I think the season changes and the dark mystic winters in Sweden might be a big part of the Scandinavian sound.

If you could collaborate with any living artist, who would it be?
That would be Bonobo. His sampled beats and soundscapes have always inspired me when creating my own music. I’ve been a big fan of his for years! 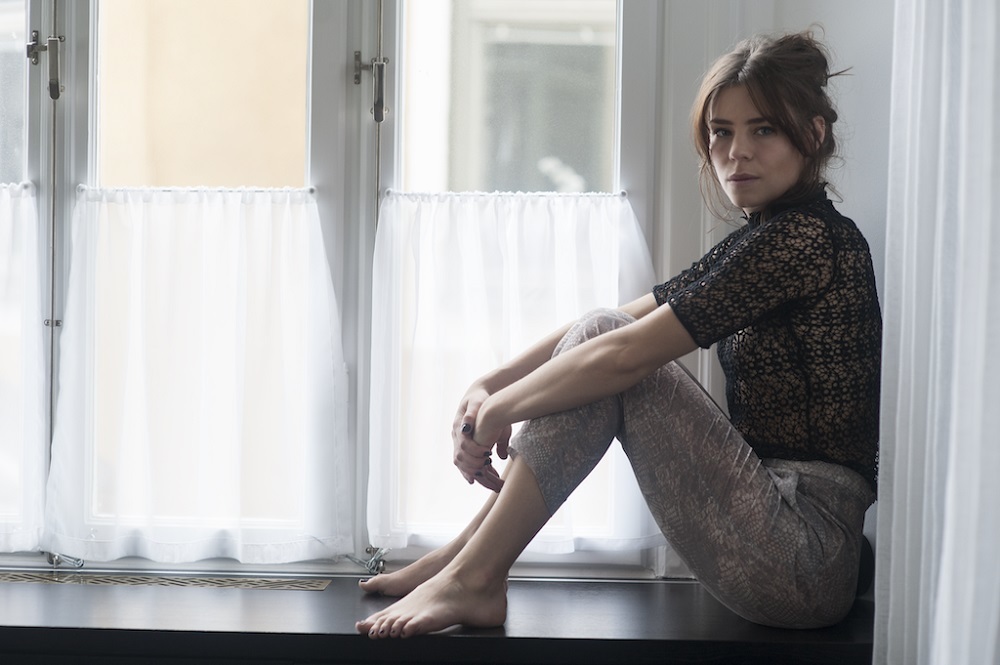 Tell us about your new single ‘Lift You High’. What’s it about?
The track reflects a feeling of loneliness and alienation when feeling pressured to fit in and despite that having the strength to strive for diversity and tolerance. The song is about people’s judgment of one another other and the need to understand those tendencies. It sheds light on differences and the importance of empathy.

When did you write it and where did you record it?
I spent several weeks writing songs before I decided which ones would be suited for this EP. I decided to write the songs on the piano and focus on the melodies and lyrics before producing them, since I hadn’t played around on the piano for a long time and had missed it. I also wanted the songs to sound good if made acoustically. I recorded the songs in my Studio in the centre of Stockholm.

How does ‘Lift You High’ represent your style?
On my earlier songs, I was probably less traditional with the arrangements and in my choice of instruments. I felt like creating something a bit more simplistic this time. There are still a couple of self-sampled instruments in this production though.

What are your hopes for ‘Lift You High’?
My hope is that this song will encourage reflection and open mindedness to see the beauty in diversity.

How’s 2020 shaping up?
I’ll be releasing new music in beginning of 2020. I’m also planning on recording some of my favourite songs as covers.

Finally, if you could go back in time and give yourself one piece of advice, when would it be and what would you say?
What a difficult question! I don’t have any real regrets (yet…) but maybe prioritizing some choices I’ve made differently.

Listen to ‘Lift You High’ on SoundCloud below. EP Air is out now. For news and tour dates go to juliajonasmusic.com.