Jilk’s latest EP, Endless Rushing Waves Of The Same, is a fusion of electronics and neo-classical music. But the group’s newest music came about in an unconventional way. Just as they were to release new music, the current situation saw them take stock and revisit their music, file-swapping like mad people on a mission. We caught up with Jilk to find out more about them and their fresh EP.

First up, tell us bit about yourselves - who are Jilk, and what were you doing before making music together?
Jilk as a project has been around a long time in various different forms. Like a rotating door of collaborators. That still happens in that lots of people record on projects but there has been a core group of us recording together for about five or six years now.

We’ve all come from musical backgrounds and various different projects/areas of the industry. Its great because we bring a lot of disparate influences together. Studio and live sound engineering, classical training, experimental electronics and alt-indie pop are all things we’ve worked in before Jilk. It can lead to some interesting fusions of styles and ideologies.

Who did you take inspiration from?
Lots of music of course. Lots of experimental electronic stuff, lots of post rock but also pop music, hip hop, classical. Between the four of us we consume a ridiculous amount of music. Perhaps more interestingly we take a lot of influence from other art forms - cinema is a big one. The texture, composition and narrative of cinema is very inspiring for us.

Obviously the sound design of cinema is important to our music but also trying to interpret idea/imagery and metaphor in musical terms can lead to some fascinating processes and results. It can also lead to some disasters that belong in the bin.

Why the name ‘Jilk’? What do you stand for?
Jon wrote a story at school and called the main character Jilk. He thought it was how Icelandic people would write milk. Its strange - if we rebranded we’d change the name but its been with us since for so long that it just feels permanent. We also like that is short and all the letters are close on a computer keyboard.

How would you describe your musical style?
We often make ourselves laugh trying to come up with the most absurd chain of genre tags. They’re contentious and we see lots of artists getting annoyed with being pigeon-holed into a genre or scene. We understand that completely but use genre all the time to talk about music. We’ll sit happily in that hypocritical space.

To that end we make ambient, glitchy, post rock. Post rock in itself is quite a layered and complex tag. Talk Talk, Slint and Stereolab could all be called post rock but all do very different things. We like that breadth and we pull from that diverse range.

Glitch and the astheatics of failure are really important to us. Again its a not just about a sound pallet but an ideology. The acceptance of mistakes, the beauty of serendipity and chance. Minimalism and artistic restraints. We’re always interested in what something sounds like if its pulled apart and working within parameters that are finite. That whole glitch thing is a big influence on how we sound.

If you could collaborate with any living artist, who would you love to work with?
There is an independent Canadian record label called Constellation Records - there are many artists on their roster that we’d love to just talk to, let alone record with. We’d love to work with a rapper like Milo; an artist that treads that line between hip hop and beat poetry. 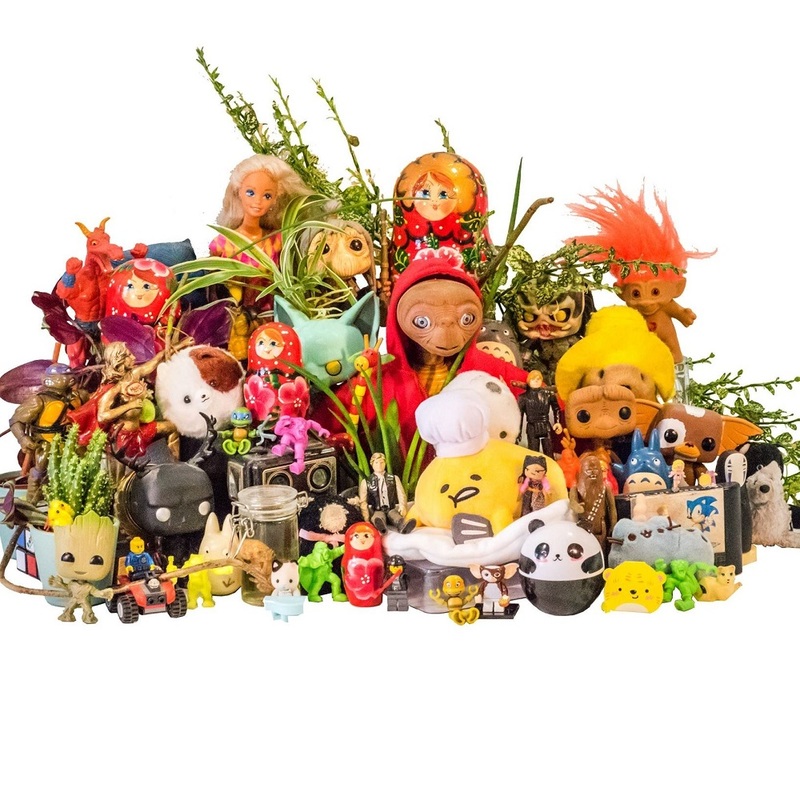 Tell us about your new EP Endless Rushing Waves Of The Same. What’s it about? What are its themes?
We’ve been busy now for some time preparing our new album. It’s been the most complicated project we’ve written together for a number of reasons. It was getting close to being finished and then the lockdown kicked in we put the breaks on that new album.

We found we had lots of free time and I think to keep sane we just started file swapping and the EP came together in a really natural and organic way. Its the quickest we’ve ever written and that was really exciting and artistically stimulating.

It was important to us that the EP wasn’t about lockdown or COVID 19 - it didn’t feel write to monopolise on that situation in that way. Obviously its woven into the narrative of the process but the themes of the EP aren’t a direct reflection of the whole mess we’re in. More it was about appreciating each others talents and making music for the increased domestic time we all had.

Finding anchoring and peace in the small, beautiful things around the house. Susumu Yokota once talked about writing his album Grinning Cat. He’d just moved into a new place, he had his cats and his family around him and he spent his days in his home studio really connecting with the peace of the domestic. I think we were on a similar vibe with this EP

When did you write it and where did you record it?
We had some sketches lying around but for the most part the EP was written during March and April. We all recorded it our own home setups. We’ve all been involved in music in other respects so we’re capable of working totally remotely within our home setups. Its rare that we sit together and write - we have for some projects but it really isn’t a common thing for us. 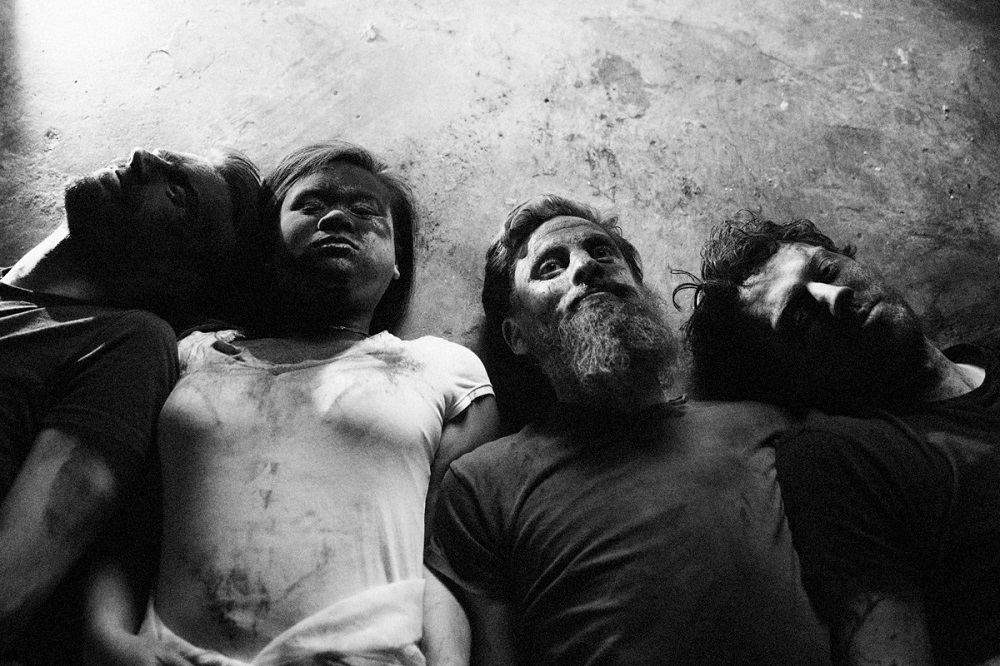 How does Endless Rushing Waves Of The Same represent you?
We think it shows a side to us that we don’t usually show. In that every release we put out take a long time to put together. The nature of the music, our personal situations and the reasons we do this all mean that we work and a glacially slow place. It can be frustrating but its important that we take our time getting it right.

This EP was spontaneous, it came together in a matter of weeks. It was like an explosion of activity and we hardly ever write like that. Not to say it was careless but I think we were all very flexible and responsive to letting the writing process take on its own life and move in its own ways.

Can you talk us through each song?
1) ‘Burst Pulse (Opening and Parting)’.
This song was technically started in 2014. Jon and Neil had swapped some files and Cags added some violins and then it was forgotten about. We called it Final Fantasy at the time and it became this running joke about how one day we should finish Final Fantasy. It was a chance conversation that reminded us of it and Neil still had the original audio files. So we finally finished it.

Terry did a lot on this track - his brass work and electronics for a lot of the drums really make it. It’s quite a different Jilk track - we love how grand it is. It had to open the EP because it feels like an overture. A huge grand opening statement. Our friend described it as sounding like Swans fighting in a toy store…

2) ‘All Gentle Creeping (Arrive For Soft)’.
Over Christmas Jon picked up a new synth second hand, (korg volca keys). Its cool because its almost like a toy. That whole range of mini korg synths are really reasonably priced and really easy to pick up and play with. Jon laid down a really simple pattern of chords using this synth. Cags added strings, Terry added brass and Neil added a second set of harmonising chords over the original pattern. It was that simple.

3) ‘Last Star Stops (Only Culmination)’.
Jon was trying to write something heavily influenced by These New Puritans. It was in 5/4 and purposefully knotty and obscure. He sent it to Cags who really changed the course of it by adding these really elaborate and dramatic strings. Very orchestral and grand.

From there Terry added lots of vibraphone and brass and began to reorganise the structure of the song. Neil added lots of guitar parts and Terry took on the fairly mammoth task of mixing and arranging it all. It took a while to get this one right but we got there.

4) ‘Endless Rushing Layers Of The Same’.
It was mainly Neil who started to experiment using a number of layered synthesizers to create a sequence that feels like it is continually modulating up (a technique known as Shepperd tones). Different chord progressions started to appear when separate banks of synths modulating and various speed phased in and out of each other.

After a few edits that created some dynamic progression to the overall shape, Neil sent it to Cags who recorded violins and then Neil added field recordings of actual fields, rivers, and glitched up bird song.

5) ‘Last Star Stopped’.
This is sort of a remix of Last Star Stops. At some point during the process of writing Last Star Stops, Jon got frustrated with trying to mix and arrange some of the elements and he deleted lots of the parts and did this abstract piece using the strings and vibraphone parts provided by Terry and Cags. He wanted it to sound like Autechre remixing Sigur Ros.

What are your hopes for Endless Rushing Waves Of The Same?
This wasn’t a planned release - it was never part of some greater idea. We wanted to share it because it was so different and quick for us. In that sense you just hope that some people connect with it and it becomes part of their life in the same way its been part of ours.

What are your other plans for 2020?
That album that we were working on is going to come out. We’re still finalising exactly how, but its been nearly three years in the making and we’re very excited to finally get it out.

We never want to say never in terms of touring and playing live - but its always been difficult to translate what we do to a stage. It’s very much a studio project, and, in that sense, we don’t have any concrete plans to tour this EP especially with the current situation we’re all in.

Finally, if you could go back in time and give yourselves one piece of advice, when would it be and what would you say?
I don’t think any of us would want to do Jilk differently. So I’m not sure we’d go back and change anything that might effect that, I suppose we might go back a few years and invest heavily in vinyl production :-)

Listen to Endless Rushing Waves Of The Same on Bandcamp below. You’ll find links to all platforms on Songwhip. For news, go to the Jilk Facebook page.