Finding a niche by making music in his own unique Igbotic style, Ike Chuks makes UK Afro Swing - all delivered in an Afropop blend of English, pidgin and Igbo language. We caught up with him to chat about Igbotic The EP.

I started off rapping purely in English, but then I discovered I wasn’t being my true self. 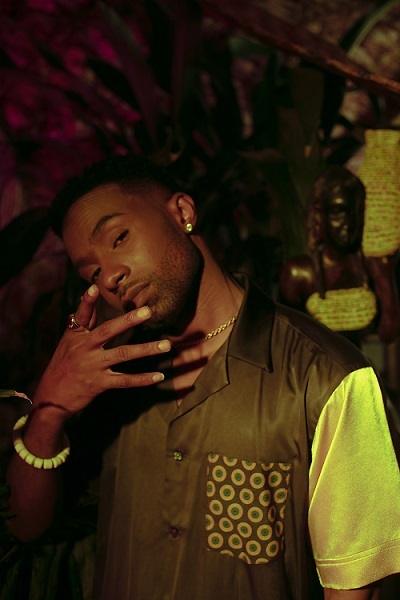 First up, tell us about yourself - what got you into music?
I feel like I could write a book on how I got into music, but I’ll try to give you the short version. I listen to a lot of rap music (Jay-Z, Nas, Dipset, Lil Wayne, Juelz Santana, Kano, Sway, just to name a few) and one day whilst at work I just picked up a pen and just started writing. I didn’t think it was something I’d enjoy doing but word play really brought me joy, and when I got home and started rapping to my family and friends, they liked it, so I stuck at it.

My stage name then was “Ike The Kidd”. However, my style and sound has evolved over time as I went on a journey of self-discovery. I started off rapping purely in English, but then I discovered I wasn’t being my true self. I took some time off to really tune into who I was and what I was about, and then it finally came to me. I realised I was suppressing my Nigerian side and almost trying to be solely British. So, I changed up, and started infusing my Nigerian side into my music and thus, Ike Chuks was born. I haven’t looked back since.

How would you describe your musical style?
I would have to go with hip hop/Afropop.

If you could collaborate with any living artist, who would it be?
Rihanna.

Tell us about your latest release ‘Igbotic The EP’. What’s it about?
My current project “Igbotic” was inspired by my cultural heritage, my environment and life experiences. I wanted to demystify a popular stereotype about people from the Igbo tribe by making resonating music in my own unique style.

The term Igbotic has been used as slander towards Igbo people in the past, so I wanted to use this EP as a medium to turn the word on its head by owning it and hopefully, in-turn, make a statement that there is absolutely nothing wrong with being Igbotic and the Igbo language and culture should be celebrated proudly.

When did you write it and where did you record it?
The EP was written and recorded in Lagos over the 2019 xmas period. in the dining room to be precise.

How does Igbotic The EP represent you?
It represents my blend of cultures as a Nigerian Igbo man/British national and it represents my style as a rapper/singer. 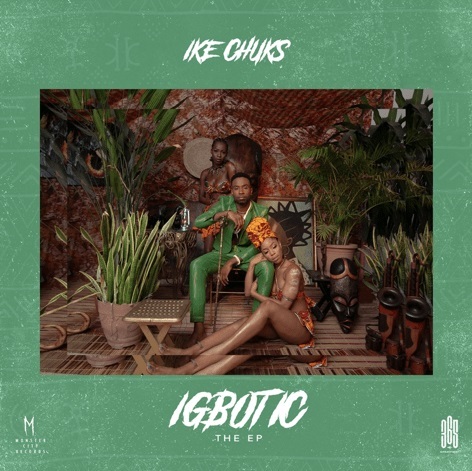 Can you talk us through each track?
‘What Happened To Kate’ - so initially when I started writing the verse for this song I wanted to talk about flossing and living a life of luxury but then mid-way through the fourth bar I changed my mind and decided to talk about an experience with a girl named Kate.

However, I decided not to erase the first four bars and start from beginning but find a way to continue from that point without making it sound disconnected. if you listen to the beginning of the song you’ll notice when I cut myself short and switched the subject. So, the rest of the song is about what transpired between me and this so-called love interest called Kate and trying to explain what happened to her.

‘Ego’ (which is the Igbo word for money- pronounced A-go) - ‘Ego’ was produced by a top producer and singer/songwriter by the name of Mystro who has worked with Wizkid and Tiwa Savage. I linked up with him in Lagos, he played me the instrumental and we really vibed together. The song is about trying to woo a beautiful girl and potential love interest by assuring her that I can look after her and her financial needs.

‘Never Been’ - This song was probably the quickest for me to create. The beat was really moving me, and the words escaped from my mouth with ease. In this song I’m talking about giving a girl a unique experience that she’s never had before and taking her to places she has never been to before. it starts off with “giving you something you never ever saw before, touching your body in places you never knew before, egbe le egbe e buo baby o na tor gi uto, take you to Con Dao you ain’t been down there before”

‘Money’ - ‘Money’ is the first song I recorded on the EP. I had just landed in Lagos and I recorded it two days later. I was really inspired by the city, the night life and the hustle and bustle mentality everyone in Lagos, that’s how the chorus came about. “Get the money, respect, power then I’m ghost”. I’m also a fan of the show “Power” and my favourite character from the show is Ghost so that was also an inspiration for this song.

After recording the hook and first verse I couldn’t help but hear Boj on the second verse. Boj (who has worked with Skepta and Tiwa Savage) is an amazing altè artist and he brought the perfect vibe for the song. The voice note at the end of the song is what I sent to him on WhatsApp after he sent me a recorded snippet of his verse. Safe to say I was gassed lol.

‘Fire’ - ‘Fire’ is one of my favourite songs from the EP. The beat sitting in my inbox from 2016 and I’m glad I found it because I created something magical with it.

What are your hopes for ‘Igbotic The EP’?
I really wanted to solidify my style and sound with this project and really fine tune my niche in the process. I wanted to create a sound and style that you only hear from Ike Chuks and like I said earlier, I want to use this EP as a medium to turn the word Igbotic on its head by owning it and make a statement that there is absolutely nothing wrong with being Igbotic and the Igbo language and culture should be celebrated proudly.

What else have you got coming up in 2020?
Right now, I’m focused on really pushing this EP but Igbotic 2.0 is already in the works and hopefully I can drop another EP before this year runs out, God willing.

Finally, if you could go back in time and give yourself one piece of advice, when would it be and what would you say?
Don’t let obstacles and distractions slow you down, keep the same energy you had when you first started and believe in yourself

Listen to Igbotic - EP on Spotify below. Stay up to date with Ike Chuks by following him on Instagram.