Hey Elbow is Ellen Petterson (horns, electronics), Julia Ringdahl (vocals, guitar) and Liam Amner (drums). They’re back with their third album, WE THREE, in September. We caught up with them to chat about latest single, ‘Nurture/Aptitude’.

Our style is wherever we go, there we are. Pop, with hiss and noise, rock, innate and acquired.

First up, tell us a bit about yourselves - who are Hey Elbow, and what were you doing before making music together?
We are three musicians based in Stockholm and Malmö. We all met at different places; Ellen and Julia went to school together, Julia and Liam played football together, Ellen and Liam played in another band.

Why the name ‘Hey Elbow’?
The name came to us about the same time we began playing together. From an arobic support act to the band The Knife.

What do you stand for?
We kinda have a idea of what Hey Elbow is at the moment. Freedom and interpretation, joy but not laughter, energy. Fill your holes with hope.

How would you describe your musical style?
Our style is wherever we go, there we are. Pop, with hiss and noise, rock, innate and acquired. 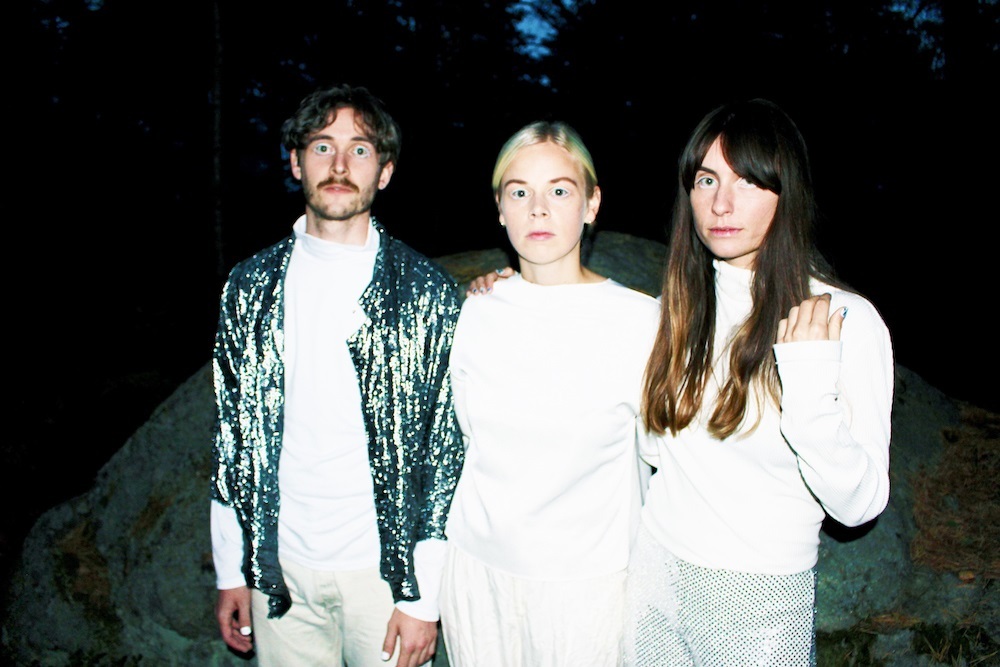 Your new single ‘Nurture/Aptitude’ is taken from your forthcoming album WE THREE due in September. What can you tell about that?
It’s a really dynamic album, that stretches and molds. A mix of songs and states. The songs are the ocean and the states the archipelago.

When did you write ‘Nurture/Aptitude’ and where did you record it?
The song is based on a loop that we recorded by mistake in the rehearsal place. It was a vocal harmony that by accident was cut to a super short segment at the same time as a coffee cup crashed into a microphone. We recorded it live in studio Dubois in Stockholm.

What are your hopes for ‘Nurture/Aptitude’?
We hope that it’ll bounce out to new listeners, and off course old too.

What are your other plans for what’s fast becoming a crazy year?
We intend to write and rehearse new material at the end of summer. Stay safe.

Listen to ‘Nurture/Aptitude’ on SoundCloud below. For the latest go to the Hey Elbow Facebook page.