Hermosa Pier is an indie/pop band from the UK’s West Midlands made up of Holly Coles (vocals), Kate Leech (bass), Tom Findlay (drums) and Dom Hawthorn (guitar). They spent 8 months getting their debut EP Words to Myself ready for release - we caught up with them to chat about the band and the EP, with a focus on the first track - ‘Out of Sight, Still on My Mind’.

‘Out of Sight, Still on My Mind’ is an upbeat, summery song that expresses emotions around distance and desires of reunion.

First up, tell us bit about yourselves - who are Hermosa Pier, and what were you doing before making music together?
Holly: Me, Kate and Dom went to the same uni where we all studied music. We played together for different parts of the course and then decided to start a band when we had finished the course.

Dom: For the year between finishing university and starting the band I was teaching guitar lessons and doing various gigs/sessions, which I still do now as well as being in the band.

Tom: Before Hermosa Pier I played in various bands and was teaching drums which I’m still doing now.

Who did you take inspiration from?
Dom: I have a lot of different inspirations and influences, I enjoy listening to and playing lots of genres and styles - rock, jazz, funk, metal, blues, pop, classical, everything really. Some artists that have had a big impact on me in more recent years are players like Mark Lettieri and Mateus Asato, and bands like Snarky Puppy and Vulfpeck, and also artists such as Sigrid, Emily C Browning and Bruno Major.

Kate: I take inspiration from a wide range of artists from all different genres. In terms of inspiration for the band’s music I would say artists like Tom Misch, Paramore and Fatherson.

Holly: I take inspiration from lots of different artists, I have quite an eclectic music taste but I’m really enjoying listening to Haim, Aurora, Hayley Williams and Sigrid at the moment.

Tom: I think my inspiration in terms of my playing comes from all sorts of artists/bands I’ve listened to growing up, but one that jumps out when thinking of parts for the band I’d say Paramore has a big influence. 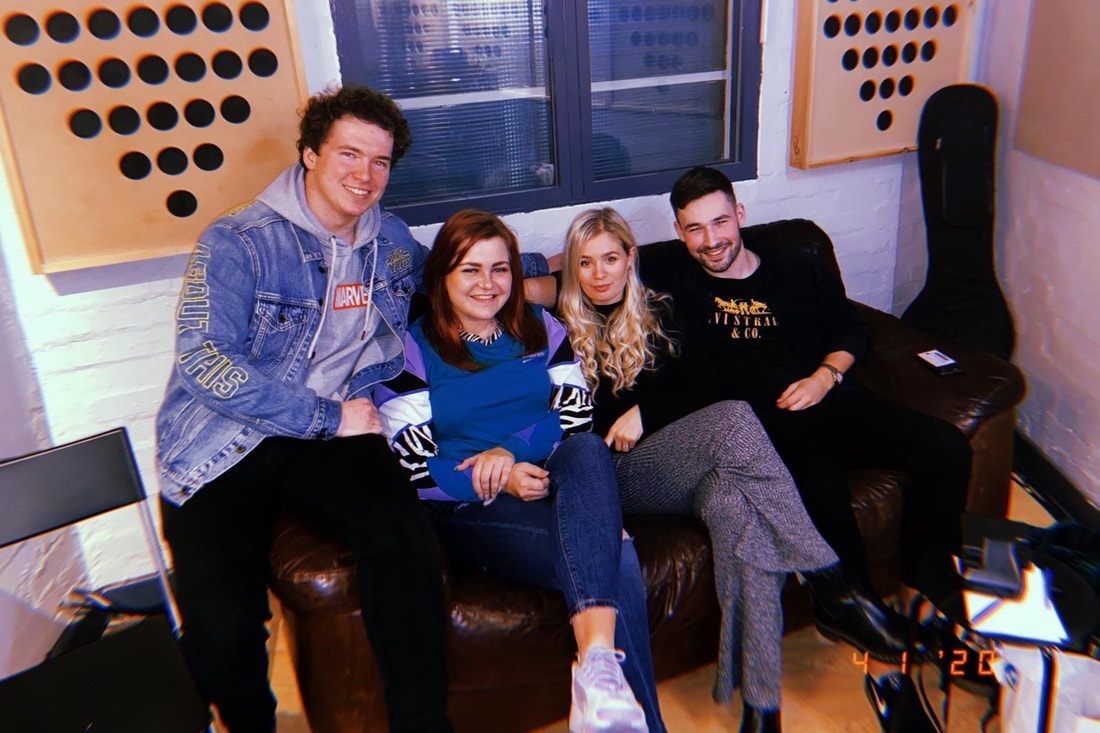 Why the name ‘Hermosa Pier’? What do you stand for?
Holly: We were really struggling to come up with a name and we had all wrote down different words that caught our attention over a few weeks. Dom came up ‘Hermosa Pier’, which was a reference to a location in the movie La La Land. We all liked the name and decided on that. We have had a few people struggling to pronounce it though.

How would you describe your musical style?
Tom: I think our music reflects a lot of our musical influences. I’d describe it as indie pop. People have also said it has a slight 80’s sound to it.

Kate: Our style is basically a fusion of all of our individual preferred musical genres combined to create our own unique one. Would say it’s a sort of cross between indie pop/soft rock.

If you could collaborate with any living artist, who would you love to work with?
Holly: For me, it would be Aurora.

Tom: Um, think It’d have to be Dave Grohl as he’s a great musician/songwriter and such a recognisable drummer with his creativity.

Kate: I would love to work with Tom Misch

Tell us about your most recent single, ‘Out of Sight, Still on My Mind’. What’s it about?
Holly: It’s about waiting for someone to return after some time apart.

When did you write it and where did you record it?
Tom: We wrote it in April / May 2018, and recorded it at The Mushrooms in Birmingham. 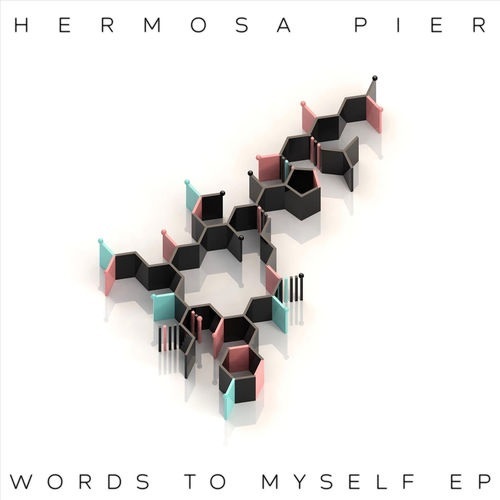 ‘Out of Sight, Still on My Mind’ is taken from your debut EP Words To Myself. Can you talk us through each song?
Holly: In terms of the lyrical content and overall tone, ‘Out of Sight’ is an upbeat, summery song that expresses emotions around distance and desires of reunion.

In ‘Passing Tide’, the lyrics present the listener with an honest representation of emotional and mental resistance whilst reinforcing feelings of hope and acceptance.

‘Doing Fine’ was 80s inspired and was written with the intention of telling a story. The lyrics take the listener through a series of events that describe a relationship with emotional attachment and inevitable separation.

‘Words to Myself’ is really stripped back to begin with and unlike the other tracks, it has hints of folk-like vocal melodies. The lyrics in the song provide an honest expression of not so pleasant times.

In ‘Dreaming Without You’, the lyrics appear to be serious, but there is a playful energy to the song. Again, there is a theme of challenging situations that require some kind of release - this is expressed through the lyrics that reflect escapism.

Kate: For the bass I just tried to incorporate rhythmic and melodic links with both the other instruments (e.g. guitar in passing tide) and the vocals in out of sight for example.

When is the EP due to be released, and what are your hopes for it?
Dom: The EP came out on the 27th April. We really just want for as many people to hear it as possible! Ideally we’d have loved to been gigging and promoting the songs with live shows but obviously we aren’t able to do that at the moment, but really looking forward to gigging these songs once things start to get back to normal again!

What are your other plans for 2020 under these challenging conditions?
Dom: We’ve been working on new songs over the last few weeks, sending each other recordings and ideas online, so we’ll be continuing with that over the next few weeks/months while the pandemic is ongoing.

Tom: We want to keep promoting and sharing our music across social media to then hopefully give us a good platform to play gigs regularly when things go back to normal.

Finally, if you could go back in time and give yourselves one piece of advice, when would it be and what would you say?
Kate: When writing new music, be patient, great things that you are proud of take a lot of time and effort!

Tom: Yeah, a long the lines of what Kate has said. Don’t force ideas when there’s no inspiration etc!

Dom: I would tell my younger self to practice more.

Listen to the Words to Myself EP on YouTube below, find it on Spotify, or check out the lyric video of ‘Out of Sight, Still on my Mind’ on YouTube. For more about Hermosa Pier, go to hermosapierband.com.