Haseeb is a first-generation American artist that currently resides in Los Angeles. As a practising Muslim, Haseeb is known for talking about his culture within his hip hop beats. The new single, Friday Fish, does just that. We caught up with him to find out more.

‘Friday Fish’ is just me paying homage to my culture through food. Growing up, my mom would cook this Gujarati style fried fish every Friday, and it was one of my favourites.

First up, what got you into music?
My older brother was always listening to Hip Hop and RnB while we were growing up in the 90s. He used to make tapes recording songs from the radio into the boombox.

How would you describe your style?
I’m honestly not sure, I kind of just let my listeners dictate that. I’d be curious to know what you think of my style after you listen to my music.

If you could collaborate with any living artist, who would you choose?
Probably Robert Glasper. Also, I love SZA… I’d love to do a record with SZA. As far as rappers go, I’d say Saba. 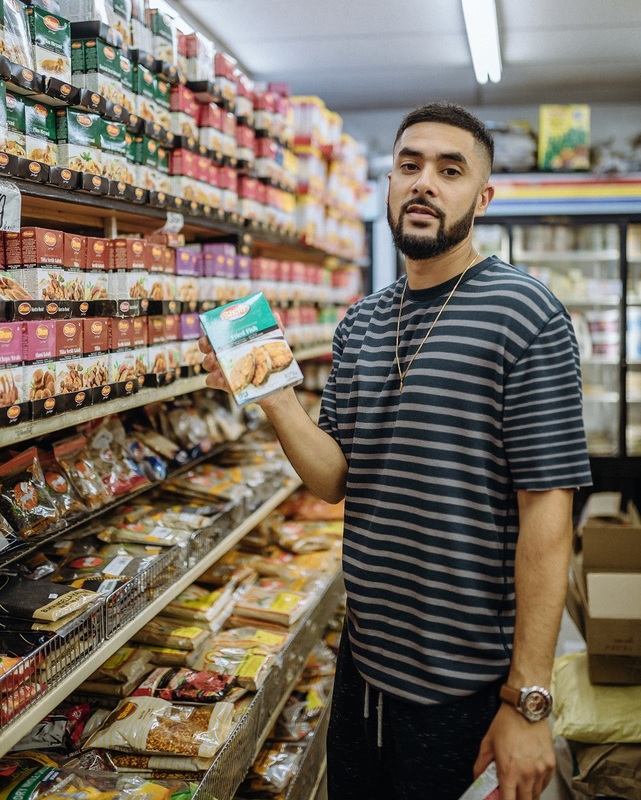 Tell us about your new video ‘Friday Fish’. What’s it about?
‘Friday Fish’ is just me paying homage to my culture through food. Growing up, my mom would cook this Gujarati style fried fish every Friday, and it was one of my favourites. Growing up in Southern California, food was the main thing that kept me attached to my parent’s culture.

When did the idea for ‘Friday Fish’ come about?
Well the hook is derived from the Jefferson’s Theme Song. That’s a classic that I wanted to flip and put my own cultural spin on it. For me, a brown South Asian kid growing up in America, black culture is what I learned and identified with early on. We didn’t really have representation in popular media. So Friday Fish is a perfect example of me being inspired by black culture while still maintaining my own cultural identity.

How did you approach the concept?
I honestly just made the beat one day, wrote some bars, and crafted the hook without thinking about it too much. The visual took more time to craft, but I worked with my Director Duke Visions and photographer Jana Akkari and we came up with a pretty dope treatment.

How does ‘Friday Fish’ represent you and your music?
I feel like my strength is making dope beats and writing dope lyrics. It’s really me keeping it simple. I like to make music that sounds contemporary, but has a nostalgic, Golden-Era feel to it.

What are you hopes for ‘Friday Fish’?
I hope it reaches more people. I hope people save it to their libraries and have it as a part of their regular rotation.

What’s up next for you, musically?
My next song is going to be called “Lemonade Stand.” I’m excited about that. I’m also super excited to be producing for a talented young vocalist named REHMA (@rehmahassan).

If you could wish for one thing to happen for you in 2020, what would it be?
I’m definitely going to drop my project, “Growing Pains” at the top of the year. Hoping to get back on tour as well. I love touring Europe and the States.

Watch the video for ‘Friday Fish’ on YouTube below. For news and tour dates go to Haseeb’s Facebook page.