Grace Gillespie is a London-based artist and producer originally from Devon, who spent much of 2017 touring as part of the live line-up for 4AD’s Pixx. Grace released her solo debut EP Pretending last year, and is now following it up with a new single, ‘Goodbye’. We caught up with Grace to find out more.

I like space and simplicity for good words to sit in.

First up, tell us about yourself - what got you into music?
I have always played music - when I was very young, I played jazz piano and sax in numerous different bands. I loved improvisation and had no fear aged 11 or 12 standing up going for the complete unknown. I grew up in the middle of nowhere so listened mainly to my parent’s music: from my dad we had Dylan, Nick Drake, Neil Young, Lou Reed, Zappa, Hendrix. and from mum we had Aretha, Al Greene, Nina Simone, Miles Davis and a fair bit of classical music too.

I started playing guitar quite late on, but immediately loved the way you could take it away and play in seclusion. I feel like a lot of people love the guitar for its portability. so they can go about playing for everyone. I love it because I can hide from everyone with it!

Were there any particular bands or artists you took inspiration from?
I learnt to finger-pick guitar from early Dylan songs originally but then also started learning Tallest Man on Earth and Bon Iver songs. I listen to so much different music, but I still have a few key players that I can’t get bored of. I have to say Neil Young is a big one for me still. He wrote my favourite ever line: “I need a crowd of people, but I can’t face them day to day.” That is bang on the money for me.

To make a success of music I need a crowd. but being naturally introverted is not what anyone wants in the music industry these days, sadly. You can’t just be a songwriter and musician anymore. You also have to be a promoter, film director, marketing manager, actress and model. Oh, and producer and sound-engineer. And also work a nine-to-five. And then not piss people off with all your self-promotion.

How would you describe your musical style?
Umm, simple. I like space and simplicity for good words to sit in.

If you could collaborate with any living artist, who would it be?
Obviously, Neil [Young], again. 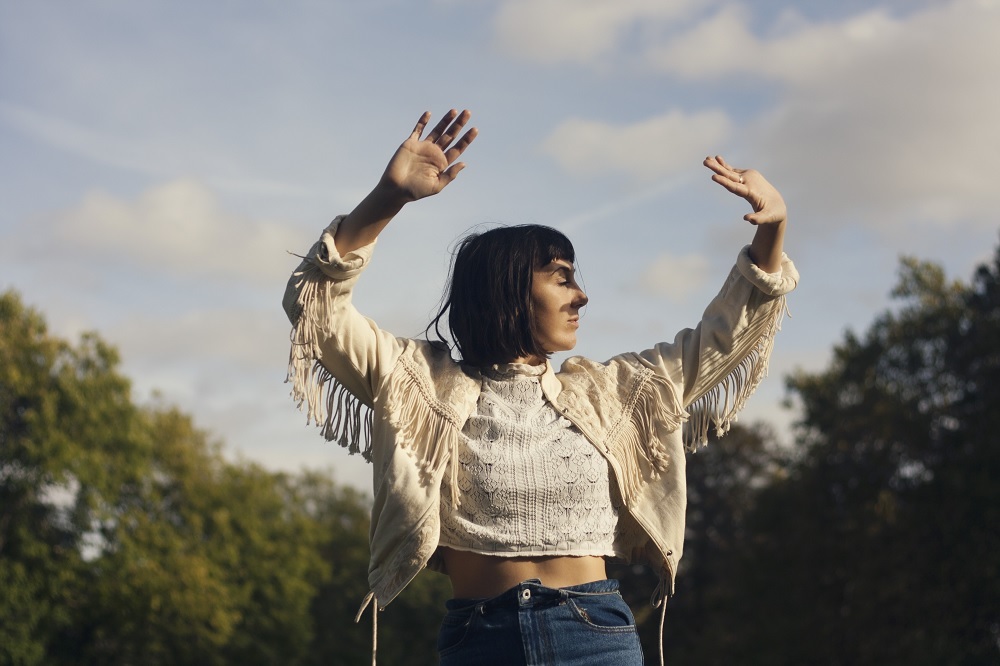 You released your debut EP titled Pretending in 2019. What response did that get?
Yeah, it was good, actually. Stylistically, it was a bit of a weird jump, but it was a kind of fun, summery EP. A lot of people got in touch saying that they were loving listening to Love Surreal or Omey at the beach. I think maybe it confused people a little though. But that’s ok, that’s the kind of artist I am setting out to be. I want to be able to change it up.

I am definitely in a heavy folk stage right now but who knows, I will just write what I feel like listening to at the time. Surely that’s allowed!?

Tell us about your new single ‘Goodbye’. What’s it about?
‘Goodbye’ is about thinking about giving up music, selling the guitars, packing it all in. It’s something I think about a lot but will never actually be able to do. I don’t want to at all. It would be out of financial necessity if anything. I want to write forever!

When did you write it and where did you record it?
I wrote it at the beginning of 2019 and recorded a demo at home. I played it to a friend, and I remember them saying it was too brutally honest, too sad. But that was the reality in that moment, that was how I felt. I recorded the final version in Bristol at J&J with Oliver Baldwin producing - he has worked with some amazing people. PJ Harvey, Aldous Harding! Matthew Hardy played drums and Jack Emmings played bass.

What are your hopes for ‘Goodbye’?
I hope that people will listen to it all the way through. I hope they might buy it on Bandcamp! I hope that maybe they share it with their friends or someone who is struggling with something in their life.

What else have you got coming up in 2020?
A lot of music. Oliver, Matt and I have been back in the studio recording a whole bunch of tracks. The next track is called ‘Your God’s Within’ and I am VERY excited about releasing it.

Finally, if you could go back in time and give yourself one piece of advice, when would it be and what would you say?
Be less easily swayed by other’s opinions. I would say that to myself as I arrived in London.

Listen to ‘Goodbye’ on SoundCloud below. For news and tour dates go to Grace Gillespie’s Facebook page.