Since their formation in early 2006, Gentleman’s Dub Club have made a name for themselves as one of the most respected names in the dub/reggae music live scene. We caught up with vocalist Jonathan Scratchley from the festival favourites to find out more about their history, last summer’s performances and what’s to come from their tour in February 2020.

Our sound has developed from rawkus freeform improvisation to actual songs!

First up, tell us a bit about yourselves. Who are Gentlemen’s Dub Club, and what were you doing before making music together 13 years ago?
We are a group of 9 rag tag gentleman with a shared a love of Dub music. 13 years ago we were all students at Leeds university and Leeds college of music; Leeds was a hotbed of new and brilliant music and we essentially met and became friends through a night called Subdub. Still running, Subdub is one of the UK’s heaviest celebrations of Dub music and sound system culture inviting different sound systems to clash with the mighty Iration Steppas each month.

Who did you take inspiration from when you first formed?
Loads of different artists but especially the UK dub scene; listening to the likes of Vibronics, Mungo’s HiFi, Iration Steppas, Zion Train and then of course the Jamaican and international bands like Israel Vibrations, Culture, Alpha Blondy, Burning Spear, Twinkle Brothers… far too many to mention.

Why the name ‘Gentleman’s Dub Club’?
Gentleman = We all hold ourselves to the highest of gentlemanly standards.
Dub = Because we love it.
Club = There’s a lot of us!

How has your musical style developed over the years?
We have always stayed fairly consistent with our style, experimenting where appropriate, hopefully improving our craft along the way. Our sound has developed from rawkus freeform improvisation to actual songs!

If you could collaborate with any living artist, who would you love to work with?
Rhianna probably. Or Damian Marley. Either to be honest, or both, that would be a killer track.

You’ve released seven studio albums, which are your favourites?
I love the recent record Lost in Space, probably my favourite, but there are aspects of all our releases I still like. Especially the first release, Members Only. 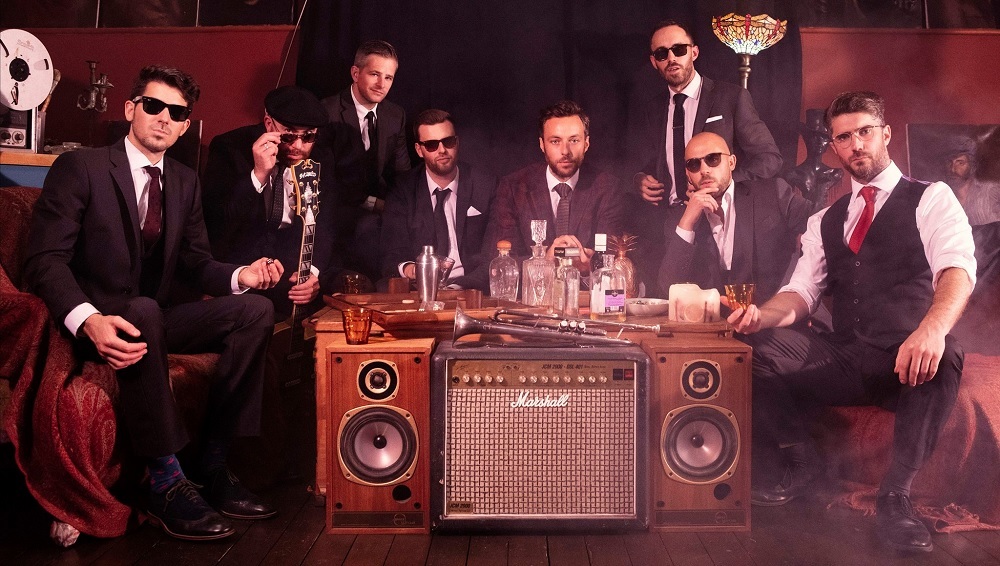 Nearly 100,000 people saw your opening set on the mainstage at Boomtown. How did that feel?
It was absolutely incredible. Completely surreal and a show I will always remember. We are all very grateful to the Boomtown organisers for supporting us over the years and that slot was undoubtably the highlight. Great event.

You also supported UB40. How did that go? What did you learn?
They know how to tour! The on-tour catering was sublime. Although it may take us a while to afford the catering; we had an opportunity to perform in front of an older audience who fell in love with this music 20 years before we did so being in that space gave us a sense of our place in this world and has helped us look at our own music in relation to what they achieved and how wecan communicate our own sound.

Next year you’re touring in February. What can we expect from that tour?
We will be doing a new set, for a few new tunes to add and of course the rawkus high tempo love affair we have built our community on!

Any particular dates you’re looking forward to?
London is always a highlight but we will be back in Manchester and Bristol also. Love those citiesbut to be honest, every show we plan has the same enlightening energy to it so above all we justfeel blessed to be able to share the journey with so many total nutters.

Can you give us any hints about any surprises?
Mixing tempo’s….!

What else are you planning in 2020?
It’s hard to say at this stage. We are already on a load of festivals and will tour again in October /November. We are constantly playing more and more in France, Germany, Holland and Belgium. New music on the horizon. Bags stuffed full of vibes.

Finally, if you could go back in time and give yourselves one piece of advice, when would it be andwhat would you say?
Look after your knees, hips and respect your back….. and liver.

Watch Gentlemen’s Dub Club in action on YouTube below, followed by full tour dates for 2020. Stay up-to-date at gentlemansdubclub.com. 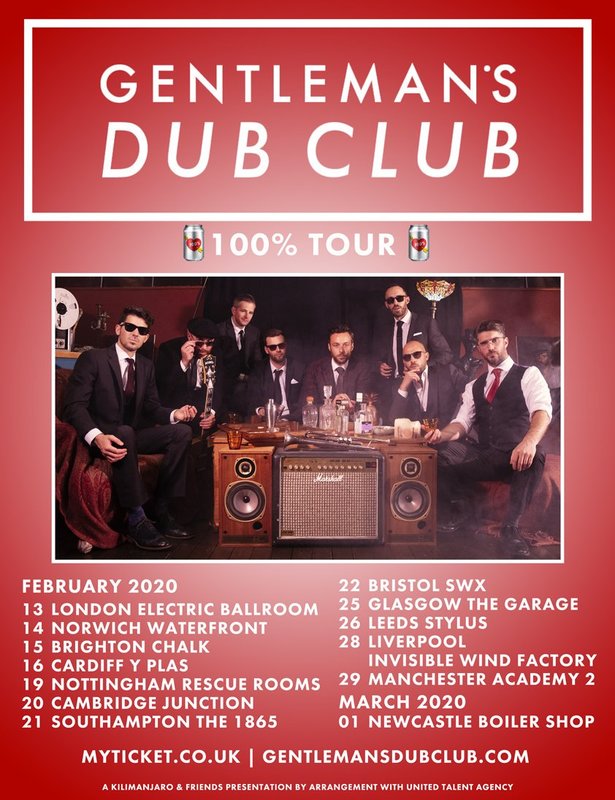