In 2014, Terence left his home in Venice, California with a suitcase and guitar and headed to the Appalachian Mountains of West Virginia. There, he was able to escape the rat race and re-connect with his folk music roots. When he returned to Venice he reconnected with Steve Refling (drums, guitars and backing vocals) to become Generation Dude and start recording music. We caught up with the pair ahead of the release of EP Crimes Against Yourself on Friday, February 21st.

We stand for the individual, rock ‘n’ roll and conscious-laden good times for all.

First up, tell us bit about yourselves - who are Generation Dude, and what were you doing before making music together?
We’re a relatively new rock-duo from Venice, California. Terence Schoshinski is the lead vocalist and plays guitar and Steve “The Wolf” Refling plays drums and a pleathora of other instruments including guitars galore. Before Generation Dude came together, Terence was busy writing songs and Steve was gigging in couple of local indie bands as a reprieve from being locked up in a recording studio.

Who did you take inspiration from?
We are inspired by many of the irreverent rock heroes of the 60s and 70s like Pete Townsend, Neil Young and Tom Petty to name a few.

Why the name ‘Generation Dude’? What do you stand for?
When you think about it, “dudes” really do come in all gender, age, ethnicity and socioeconomic strata. In this complex, modern world we often ask “who am I and how do I fit in?” , and the machine “suggests” certain slots to for us to fill.

So, while our music serves up a nice platter to the patented rock fan, we hope our sound is equally accessible to a wider swath of people, or “dudes” if you will. What generation are you? We stand for the individual, rock ‘n’ roll and conscious-laden good times for all. 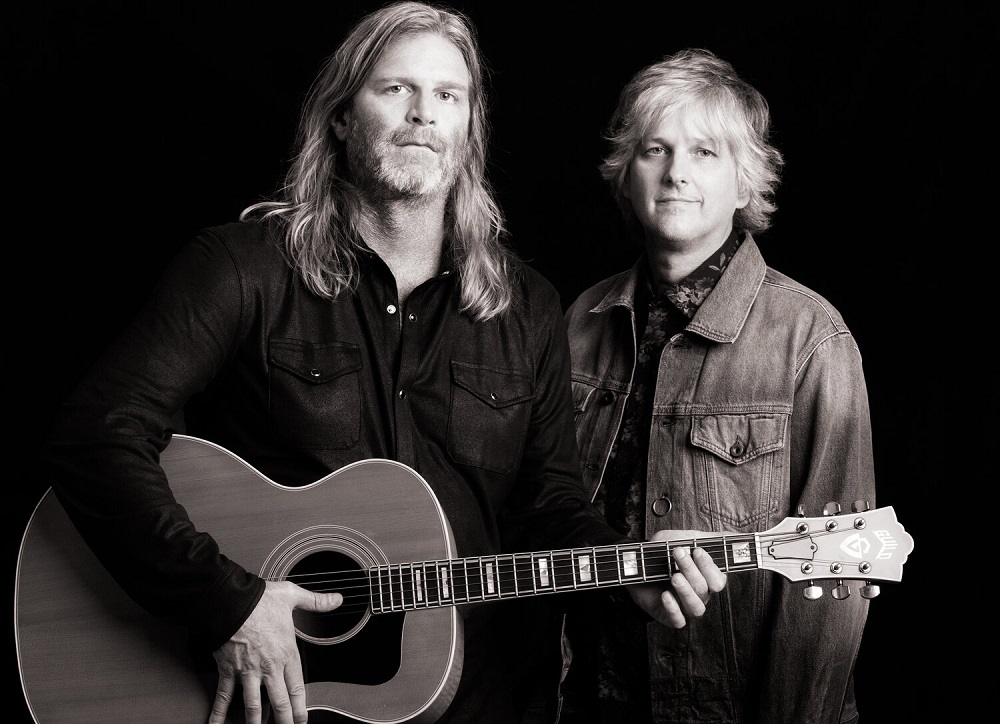 How would you describe your musical style?
People who have listened to radio classics of the 60’s and 70’s are probably already familiar with our sound. But a deeper listen reveals folk rooted music with a voice of adolescent angst. Kind of like the Mammas and the Poppas show up at Alice Cooper’s studio with a case of Budweiser, but there’s a sober producer chaperoning.

If you could collaborate with any living artist, who would you love to work with?
Jackson Browne — he’s one of the best of songwriters out there in my book, and he has a work ethic second to none, plus he’s a cool dude.

Your forthcoming EP is ‘Crimes Against Yourself’. When did you write it and where did you record it?
Terence wrote ‘Airplane Model Glue’ some years back, and it was the genesis and the nucleus of this project. After we entered the studio to record, we were blessed to write several more songs between 2016 and 2018 two of which we decided to put on this EP.

We recorded the four original songs on the EP at a the Lincoln Lounge in Venice. It was a great little studio, but sadly it no longer exists, another victim of gentrification.

Then there’s the icing on the cake, our nihilistic rendition of the Queen hit, ‘Crazy Little Thing Called Love’ which we recorded later at a studio in West Virginia. The treatment suddenly revealed itself during a rehearsal in 2018, and the really cool thing was that at that time, neither of us were aware of the movie (Bohemian Rhapsody). It was serendipitous!