Brighton duo Fruity Water is Adam Bell and Alan Odgers, who describe themselves as ‘just a couple of lads making some dreamy electro-pop’. We caught up with Alan to find out more following the release of their latest EP, Telephone Song.

First up, tell us bit about yourselves - who are Fruity Water, and what were you doing before making music together?
Me and Adam met as we moved in to a house share together after knowing each other vaguely through mutual friends. Once we moved in together we started jamming and playing at the local open mic. We then started a band called Octopuses with our other housemate Tom Matthews. 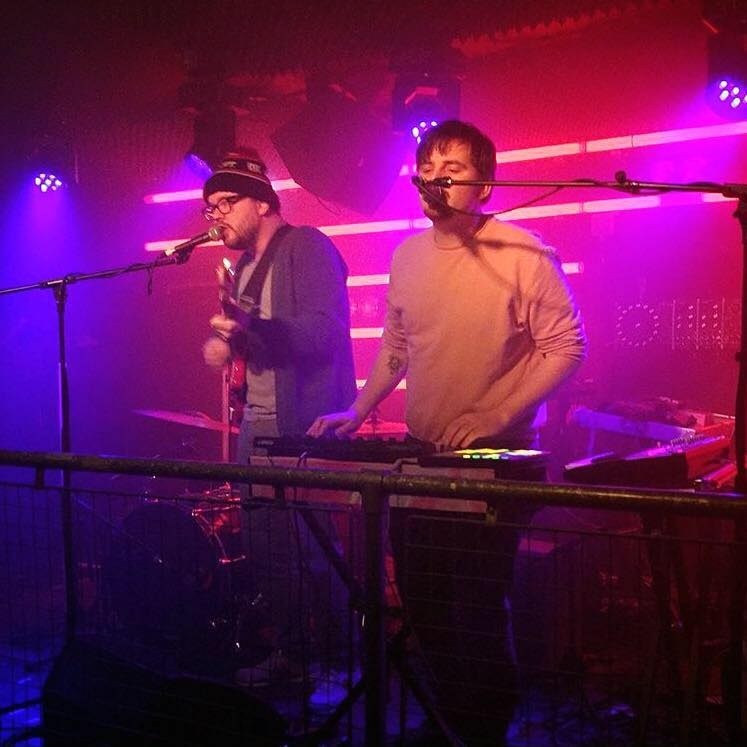 A psych indie pop band, I played guitar and Adam played keyboards. When our drummer went away for a year to play on a cruise we decided to start Fruity Water as an electronic side project, we swapped instruments and I moved to keyboards and samplers and Adam played guitar, it became really fun. We now run a regular live electronic club night in Brighton and play live all the time.

Who did you take inspiration from?
New Order is a big influence, also early Caribou and Four Tet are big inspirations, as are bands such as Dandy Warhols and Pink Floyd.

How would you describe your musical style?
Definitely has some dreamy indie vibes and an electronic rhythm. Recently we have been getting more upbeat and getting dance party styles.

If you could collaborate with any living artist, who would you love to work with?
We really want to work with a female singer, Telephone Song was originally intended to have a female vocal on. So maybe Julia Holter? Would also like to work with a drummer, maybe someone Jazzy like Yussef Dayes. 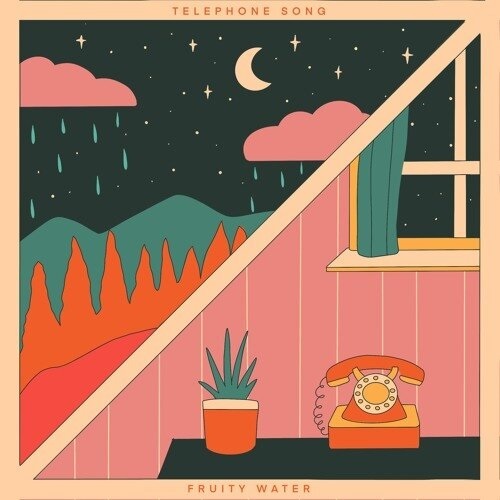 Tell us about your new EP, Telephone Song. What’s it about? What are its themes?
The new EP is a bit of a build up to our album due July 17th. But the two songs ‘Telephone Song’ and the ‘Water the Plants’ we felt were a bit more dancey so we wanted to give them there own space on an EP.

When did you write it and where did you record it?
We have been writing and recording it over the last year and recorded it all in my spare room.

How does the EP represent you?
It represents our move to a more dance influenced output. Though the album has a few dreamier and slower tunes, this EP is more of the upbeat stuff.

Can you talk us through each song?
‘Telephone Song’ - This is the last song we finished for the upcoming album. It started from Adam buying a lush new reverb pedal and coming up with some dreamy riffs around the sounds it created. Originally we were going to feature a female vocal lead on the track, but that didn’t work out so thought let’s just do it ourselves. Alan got a bit carried away with the middle part of the song which gave the song a different level of energy. Then whallop the song was done.

‘Water the Plants’ - This song started as a live jam which we had performed in a few of our more dancey sets. It had gone down pretty well and usually lasted about 15-20 mins. Alan then bought a Roland TB303 copy and wanted to add it on a tune and this seemed to be the perfect one. The acid house squelches gives the 12 minute song a bit of a cohesive narrative. The ending gives a reminiscence of early 90’s baggy dance, Andrew Weatherell RIP :’(

‘Sorry Carbunkle’ - This is a reject from the upcoming album, but the more we listen to it now we regret not putting on the album. The song started as a ditty in wrote on an acoustic guitar, it fell together easily and we enjoyed keeping a relaxed lo fi vibe on this one. Has the feel of our first more demo-y album ‘Thirst Takes’ (called that as pretty much all the tracks were written and performed as first takes). We have spent a lot more time working on and producing our upcoming album though.

‘Telephone Song’ (eOne rephix) - This is a remix of ‘Telephone Song’ by our friend eOne. He was due to perform at the regular live electronic club night we organise called ‘Midnight Salad’, but this got cancelled for obvious reasons. So we asked him to remix us and we will re-organise the night when the world gets back to normal.

What are your hopes for the EP?
We are hoping it will get some new fans listening, if it is well received we will continue to move down this dancier route.

What are your other plans for 2020?
I think 2020 is in full control and we will have to wait to see what it has planned for us. We have the album out in July as mentioned. We were planning a tour for around now, but that has all been side tracked for now.

Finally, if you could go back in time and give yourselves one piece of advice, when would it be and what would you say?
Oh jeez, probably would tell myself to have studied some kinda science. I spent too much time worrying about inferior feelings rather than the important stuff like the materials that make up this world.

Listen to the ‘Telephone Song’ EP on SoundCloud below. For news go to the Fruity Water Facebook page.