French producer Franz Kirmann has teamed up with Italian artist Roberto Grosso for their debut collaborative EP In Waves through Kirmann’s Days Of Being Wild imprint. Self-described as “filmic”, there was a cinematic approach to production and composition. We caught up with them both to learn more ahead of the full release of the EP on Friday, April 9th. Single ‘In Waves’ is out now.

There was a lot of improvising, just playing, exploring different musical avenues, then listening back, but also a lot of passionate discussions about other art forms, film, design… It was a very pleasurable experience actually! (Franz)

First up, tell us a bit about this project, what led to you teaming up?
Franz: We met through a mutual friend and decided to work together shortly after. Roberto makes AR paintings based on music and he wanted to use one of my work for one of his painting. This led to the idea of making new pieces for a series of artworks and then us jamming together. So the artwork for ‘In Waves’ is actually an AR painting that we are selling via the Bandcamp page of the label. 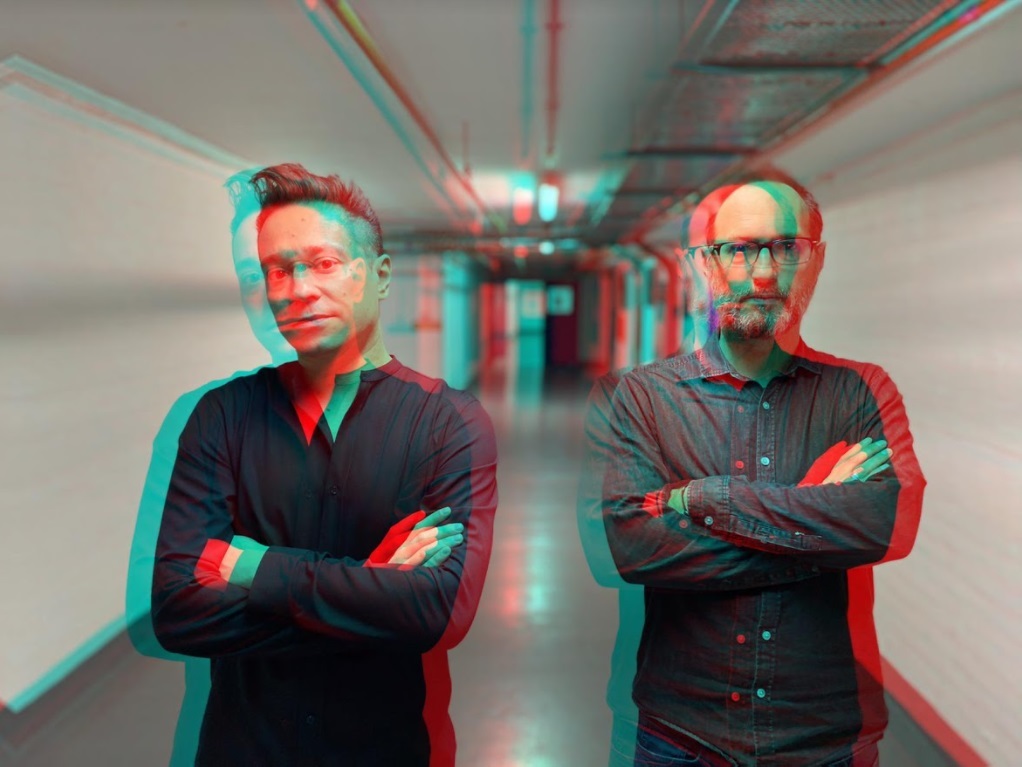 How did you find working together?
Franz: It was very easy actually, quite an organic process. I have been working alone for the past two years and it was great to be creative with someone else again. There was a lot of improvising, just playing, exploring different musical avenues, then listening back, but also a lot of passionate discussions about other art forms, film, design etc… It was a very pleasurable experience actually!

Roberto: It was a great experience, we come from different creative worlds, I used to be a rock guitarist and my experience in the electronic realm was limited. By playing, improvising, exploring, and talking, we made it possible for our worlds to collide and pushed the envelope to create something new for both of us.

Tell us about your EP ‘In Waves’. What’s its themes?
Franz: We recorded it very quickly, I think a track a day. And all by improvising. So each a piece is built from an improv, me playing on the modular system and Roberto on guitar and pedals. What took slightly longer was the post production process. We did some editing and overdubbing of a few parts and structuring etc. Hence the title In Waves, the tracks took form little by little, layer by layer.

Roberto: The recording was quite smooth, all by improvising and moving around each piece and giving it a different mood, finding the right place for each poly-rhythm. I’m proud we’ve been very respectful of our parts, by leaving a lot of space for us to be free in our expression. This is something that is rare in music and art in general. This record for me is about being able to move through the waves of life and finding your balance in spite of it.

When did you write it and where did you record it?
Franz: Writing and recording was one process as the pieces were improvised and recorded at the same time into the computer. It was all done in my studio in Battersea, London between October and December 2020 between lock downs.

How would you describe the style?
Franz: This is always a difficult question as it feels very reductive to me to trap the music in a style. It’s easier when one works in a very specific style such as minimal house or reggae, blues or jazz but here it’s difficult to say. I suppose you could call it electronic instrumental music? Sorry, it’s a bit boring!

Roberto: I would call it experimental electronic, but as Franz mentioned, when things are labeled they get caged into their own meaning, and I prefer for people to just listen and see the impact it makes on them. 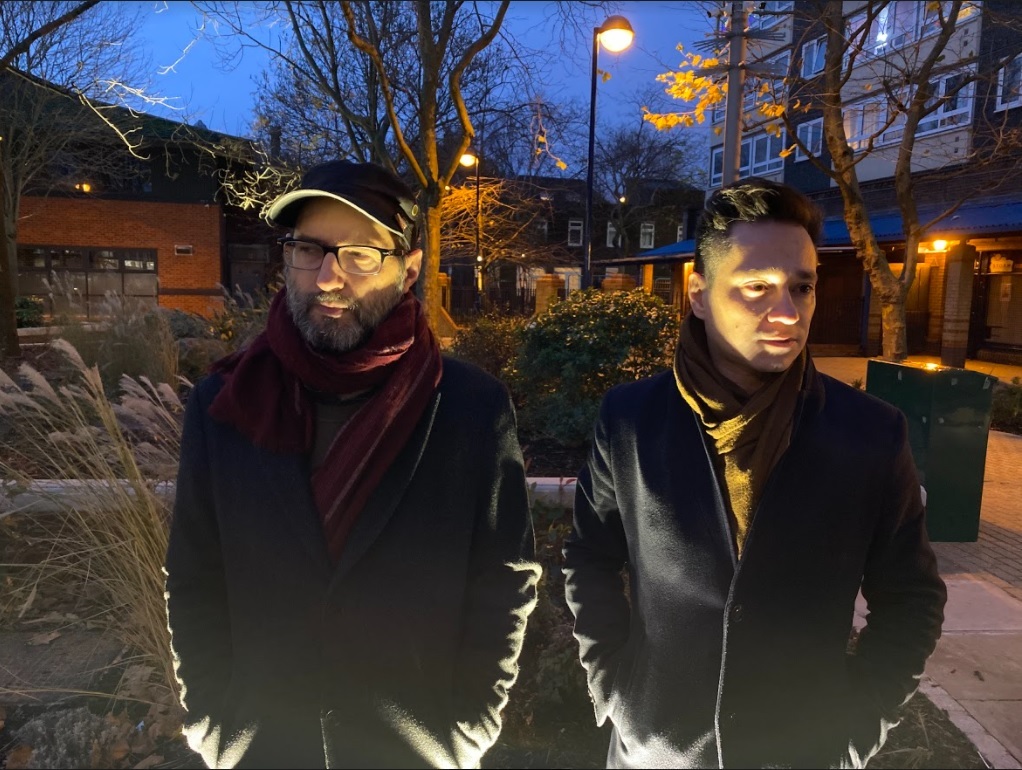 How does In Waves represent you both?
Franz: I think we’re both influenced by cinema and visual arts and the music has an atmospheric and filmic quality for sure. We also both like Radiohead a lot and to me this is the first time I feel that specific influence in my music. It reminds me a little bit to their album King Of Limbs. The “ambient layers mixed with poly-rhythms” thing.

Roberto: Our passion for music, and in particular some core bands we both like, has made the record more personal, where those influences can breathe without being too obvious, and becoming an inspiration and transforming into something different, completely new. The cinematic feel of the album is something that represents how we see music.

Can you talk us through each track?
Franz: ‘Saudade’ was a happy accident, it has an uplifting side to it but a melancholy as well, hence the title. It brings to mind balearic dance music to me. Happy sad dance music. It’s much more upbeat than the rest of the record with its jittery beat and jangly guitar bass.

Roberto: When you improvise you’re not sure where you’re going, and that’s what happened with ‘Saudade’. The rhythm inspired me to create a riff that recalls samba while keeping the mood uplifted and melancholic. ‘Saudade’ is the best description for this song.

Franz: ‘In Waves’ - Roberto might remember better as I’m not sure how we got to it. It’s one of my favourite piece of music I have made, it has a mystery and a mystic to it that I love, it also sounds very earthy. It’s a very haunting piece of music, it starts and stops a lot. I’m very proud of it.

Roberto: We started playing with the rhythm, and we wanted to compose something with an abstract oriental feel. While we were deep into it, we moved more and more into its dark and mystic feel, to let it explode and fall off. Franz lets its modular synths play out to the fullest. To me, it’s a massive achievement.

Franz: ‘Making Sense’ is called like that cause we couldn’t figure out the beat for a while! It’s the weirdest one perhaps. I love the wall of sound Roberto made in the middle and the drums appearing out of the sound myst.

Roberto: As we couldn’t understand the beat we created, we decided to approach it as it was: something that doesn’t make sense. We move through the song by letting it play out, improvising on it, leaving sounds to grow, and approaching the beat each time in a different way.

Franz: ‘Songe’ - it means ‘dream’ in French. But a small dream! I think you could say a light dream. It’s a very gentle piece and much more straight forward compared to the rest of the EP. It came very easily, it’s the track that we edited the less. I think it ends the EP very well.

Roberto: This is like a dream that ends the record, even if it’s a more direct approach, it has a really gentle feel to it and it was the quickest tune I’ve ever made, especially as it’s an improvisation. Great way to end the EP. 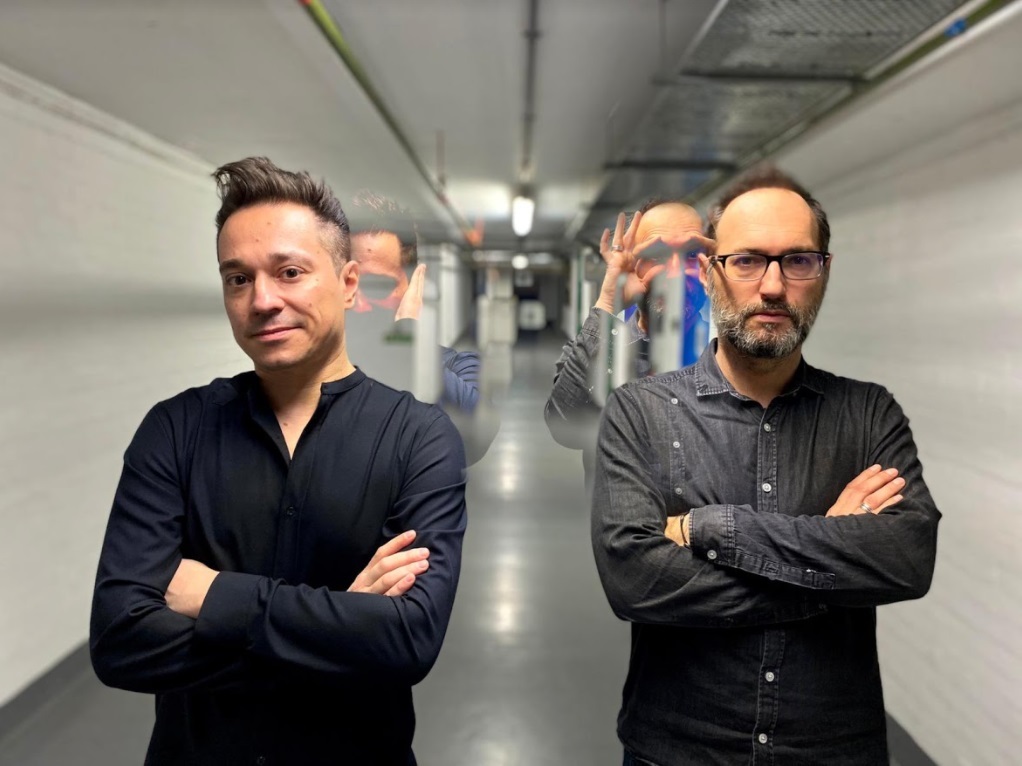 By playing, improvising, exploring, and talking, we made it possible for our worlds to collide and pushed the envelope to create something new for both of us. (Roberto)

What are your hopes for In Waves, both the single out now, and the EP out in April?
Franz: It’s hard to say, we are working on more music, but it’s difficult with the distance right now. Last year our momentum got cut off by the first locked down in England and the summer, so we felt like we wanted to put something out quickly before we actually do a full album. In Waves to me is a way to introduce the music to the world and see what the world think before we start doing more!

Roberto: I hope people receive it well and get something personal out of it, as it is a personal album for us, in this particular moment of our lives, living a pandemic that affected the world. We have more music, that we will record, even if the distance doesn’t help, but we want to create a full album to share our views, and by pushing the limits more and more, with sound and vision.

What are your other plans for 2021?
Franz: We are thinking of doing a full album, so we will be working on that from a distance for now. I’m also working on some solo releases and my label Days Of Being Wild.

Roberto: Choosing the right tunes, working, and then releasing the full album. The distance won’t stop us!