The last time we spoke to the music collective known as Francis (read more here), they had released EP ‘The Long Way Back Around’. Now they’ve got a debut album It’s Not About What It Means to You, It’s What it Meant to Me - we found out more.

My Days Are Better With You is a bit more of an electronic pop sound – so there really is something for everyone.

What’s the latest iteration of Francis?
Francis are more of a collective to be honest. The recordings incorporate the talents of a bunch of different musicians – there are 3 different drummers and 3 different bass players on the record! We have a core line-up but the idea is to keep things open for people to dip in and out as required. A bit of a ‘Queens of the Stone Age’ vibe without the desert, or Dave Ghrol…

How would you describe your musical style?
It’s a broad style and something that I don’t want to necessarily pin down. Each song is very much it’s own and while I think we manage to keep a fairly uniform sound I try to incorporate as many genres as I like. Dip in and out so to speak.

Tell us about your debut album It’s Not About What It Means to You, It’s What it Meant to Me. What’s it about?
It’s about what ever it means to you. Some of the songs have been around in my life for a long time – 10 years in one case. That has allowed them to really bed into existence and I found over time different lines and parts of the song evolve and mean something different down the road to what they may have done when first written. I could tell you what the songs were about when they were written but I’m much more interested in your story or how you relate to it.

When did you write it and where did you record it?
The album was recorded between the UK and Dubai. I was playing in a band in Dubai for a couple of years and the album was started there in bedrooms and hotel rooms. The second half of the album was almost exclusively recorded in Dubai but I was really struggling to get the first half of the album (which is much more acoustic led). Then when I got back to the UK I got together with Dale Luke Parker (drums), Jim Reece (bass) and Andy Hunt (bass) and we tracked 6 tracks together live in a studio in Northampton.

We just had drums, bass, acoustic and vocals tracking together – like you would have done back in the days of tape. It meant the flow of the tempo could move without messing around with click tracks. All the other instruments were then overdubbed.

Most of the record was written pre-Dubai, usually on the floor of my living room at 3am. The real witching hour! 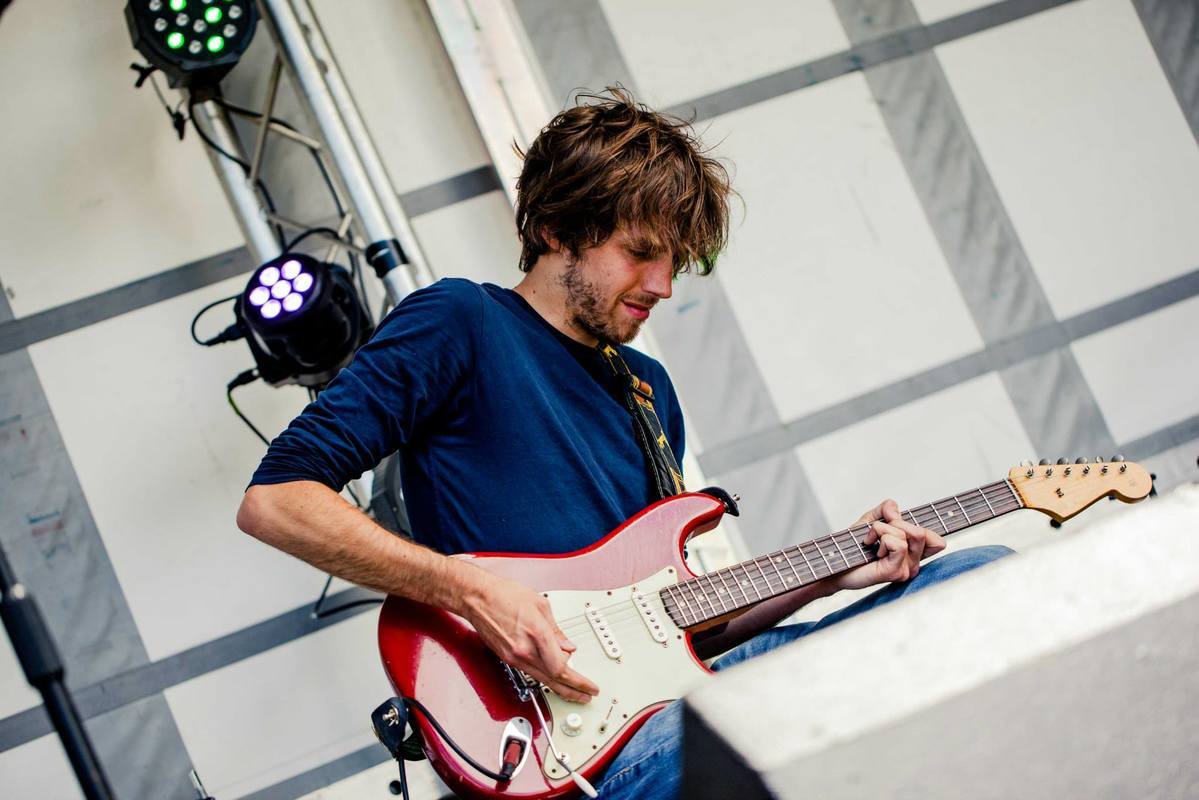 How does ‘It’s Not About What It Means to You’ represent your style?
I think it’s a great representation of the diversity we are trying to achieve. We’re just trying to write songs that speak to people and so it is very song led. Who and what we are is open, maybe even free – I think what we do next will be really interesting as that’ll be something completely different again.

Can you talk us through each track?
Sure,

‘Today’ was written in the summer of 2013. It started life as a poem which was inspired by watching some local Milton Keynes artists who were singing slightly more politically motivated songs which I thought was really interesting and something I recognised I hadn’t ever done before. In the fullness of time and in the fullness of the song I think the message it is trying to convey changes once you hit the middle 8 of the track and it becomes maybe about unrequited love however before that it’s an anti-war song. It can be about either, both or neither at this point.

‘Come Here with Me’ and ‘Meant to Be’ were written in the same night in late 2014. They came about an hour apart from each other so I always saw them as being together on the record. I have a recording of Meant to Be which I demoed onto voice memos about an hour before I got really sick and was wiped out for about a week. Listening to that is funny as you can just hear in my voice that I am sinking fast!

‘Who’s Your Man’ came along late in 2015. This was a really interesting one to record as it was very rhythmical on the acoustic guitar so we ended up with a bit of a rootsy, train beat going on the snare drum. It’s also got a cool guitar solo at the end with an Octavia effect on the guitar – there’s your Hendrix inspiration.

‘Walk Away’ was the oldest song on the album. I wrote that sometime around 2009. I recorded a version of it at the time in the same studio, on the same guitar about a metre away. It was quite a haunting moment recording that song again in the same place after all that time.

‘Fire In Us’ was a bit of a lightbulb moment of the writing process of the album. It was written I think in 2015 and started life a lot more electronically with a kind of break beat loop. This version has taken a few versions to get right translating it to the band but I’m really happy with how it has turned out.

‘About Anything’ was written with a similar vein as Today. The song sounds like it is saying one thing until it hits the middle 8 at which point it flips and becomes about something else. This song has also been through a few versions before I settled on the sound you hear on the record. There’s a slightly more rhythmical version with just an acoustic guitar on YouTube and there was a version that was a lot heavier but I think how it sounds now is awesome.

‘Lord Give Me a Sign’ is kind of a nod to 60’s song writing. It kind of goes where you want it to sonically with chord changes. It’s quite easy listening and is all a bit cheeky. I used a Rickenbacker 12 string on the track ala George Harrison/John Lennon so that was a nice feature of it.

‘Trying to Hide’ started life a lot more gentle and atmospheric. I was living in Dubai with a DJ who was massively into lo-fi techno. I was messing around with a drum pattern on the basic guide tracks of piano and vocal and just put this 4-to-the-floor kick on there and it kind of developed from there.

‘My Days Are Better With You’ closes off the album. It’s a nod to Nile Rogers and the work he did with Daft Punk in guitar terms and general production. I’m not exactly an EDM producer but I think what I’ve done with the track by incorporating some live electric drums around the more produced sounds has worked well.

What are your hopes for It’s Not About What It Means to You?
These songs have all meant a lot to me and it has been a real release to get them out of me and into the ears of other people. I guess if I have any hopes for it then it’s that they can mean something to someone else. The themes of the album are universal and given the right circumstances I hope resonate with people in the way that only music can.

What are your other plans for 2020? Can we catch you on tour?
We’ve got a bunch on for 2020. There’s a bunch of new music we’re looking at recording. There’s about 20 songs that were written for this record that didn’t get recorded so there is talk of doing something with some of those. We’re also really experimenting with different synths and drum machines to try something really different.

Andy (bass) and I are big fans of Jon Hopkins and we’re messing around with some minimal deep sounds. We’re doing a few different things in our hometown as well including some ‘bandeoke’ and ‘request’ nights where people can get up and sing with us or request songs they want to hear. I think that will be a lot of fun and something a bit different.

Finally, if you could go back in time and give yourselves one piece of advice, when would it be and what would you say?
Don’t let great get in the way of good. It is through art, and through art only, that we can realise our perfection.

Listen to It’s Not About What It Means to You, It’s What it Meant to Me on Spotify below. For news and tour dates go to the Francis Facebook page.