Four Colour Ghosts is AJ (singer/songwriter and rhythm guitar), Paul (bass), Mark ‘The Assassin’ (guitar) and Devin (drums). They released debut LP Tempting Fate in 2018, mixed by Muse, Supergrass and The Stone Roses producer John Cornfield. We caught up with them following the launch of new single ’70s Rock Show’.

We all have different tastes in music and every song we create has a bit of each person in the band. The style is more towards prog rock and the odd ballad thrown in.

First up, tell us bit about yourselves - who are Four Colour Ghosts, and what were you doing before making music together?
The Ghosts are AJ, Devin, Mark and Paul. Before the ghosts we all pretty much worked in cover bands and generally have fun at the odd music venue/jam sessions.

Why the name ‘Four Colour Ghosts’? What do you stand for?
Name came from one of the band members wearing a Pac Man t-shirt to rehearsal and we remember seeing the four different colour ghosts and basically that’s the story. Kind of wish it was more interesting, ha ha. As for what we stand for, I guess to make good music without throwaway lyrics.

How would you describe your musical style?
We all have different tastes in music and every song we create has a bit of each person in the band. The style is more towards prog rock and the odd ballad thrown in.

If you could collaborate with any living artist, who would you love to work with?
Slash, Kelly Jones, AC/DC, Iron Maiden. 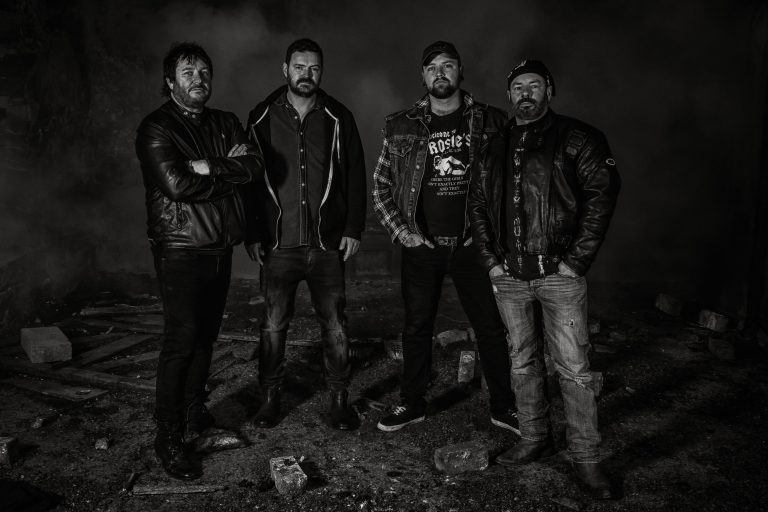 Your latest single is ’70s Rock Show’. When did you write it and where did you record it?
70s Rock Show is quite a new song and only wrote in the last 6 months but had a great feel and the tempo to give that energetic vibe unlike any other song we have produced. We wanted it to show the fun side of the band and create something that you can just jump around to. The track was recorded at Stems Recording Studio In Teesside, which is home to the Four Colour Ghosts.

How does ’70s Rock Show’ represent you?
I guess it shows our love of classic rock and how we like to make songs with some of our favourite artists influences. We wanted to have that high energy track especially for the fans.

What are your hopes for ’70s Rock Show’?
Like any song we release, we hope people enjoy the feeling and for this track have some fun.

What are your other plans for 2019, and into 2020?
Hopefully we will have an EP release and tour the UK, Europe is amazing and hopefully travel there again. We have lots of songs already sitting and its all about timing and what’s best for the band… maybe an album next year… you never know.

Finally, if you could go back in time and give yourselves one piece of advice, when would it be and what would you say?
We would go back and buy a bigger van before we travelled to Europe, ha ha… not much room and long long roads… oh!… might even write a song about it… ;-).

Watch the video for ’70s Rock Show’ on YouTube below. For news and tour dates go to fourcolourghosts.co.uk.