Singer, songwriter and performer with several groups, Fiona Fey has just released her debut solo album, Naive Wisdom. A maker of anti-folk and chamber pop, we caught up with her to find out more.

I called [the album Naive Wisdom] because it’s made up of little titbits that express my worldview. Optimistic, but ironically I’m aware that I’m naive in my belief in the simplicity of kindness.

What - or who - was your first music love?
The first time (I remember realising the) falling in love was when I was around seven. Someone was playing Diana Ross and left me alone in the room (I also had the great fortune to be in a delightfully bouncy chair) and left to my own devices I delved into that violin wonderland again and again.

From then on I was obsessed with big arrangements. Motown, the Carpenters, Burt Bachrach (which didn’t go down amazingly well in a 90s primary school when the Spice Girls were the height of cool) 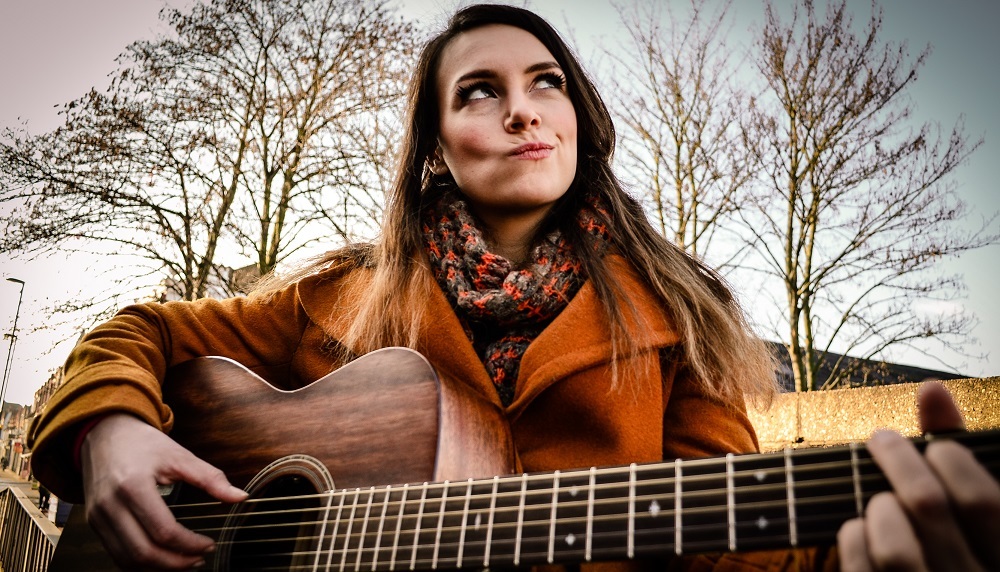 You perform with The Mediaeval Baebes, Tell Tale Tusk, The Cabinet of Living Cinema and Nueva. How do you divide your time between them?
If you’re imagining there’s some kind of order to be extracted from this, I’m going to have to disappoint you… I spend a lot of time running from thing to thing, double booking myself and haphazardly learning things at the last minute…

I do the most urgent thing (usually the gig or rehearsal that happens to be the next day. I’m a scrambler by nature, I once had to learn half an hour of clarinet parts (by heart) in 48 hrs (although tbf not my bad organization that time, someone dropped out last minute…) Classical musicians aside, I fear this may be typical musician behaviour because there are always a lot of balls in the air, got to juggle and weekends are not a thing!

What does the collective experience of songwriting and performance have on you as a solo artist?
It gives you a lot of ingredients and perspectives that you probably didn’t know were there beforehand. Teaches you to both reign things in and to push ahead. 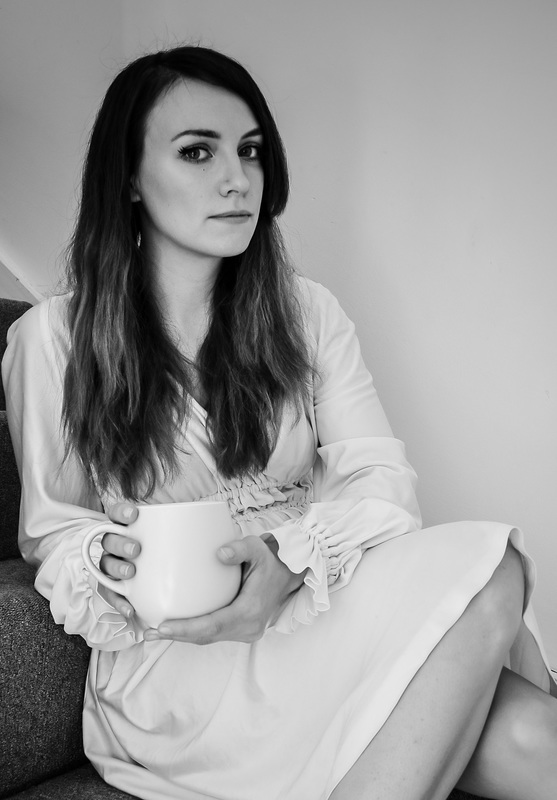 If you could collaborate with any living artist, who would it be?
Regina Spektor. She is weird. I like it. Neil Hannon of the Divine comedy, he’s weird, I like it. Fiona Apple, Paul Simon. All because they aren’t afraid to be playful, sardonic or silly in unexpected places. Sincerity is important but there’s a rainbow of human ways of communicating that are often left out of music.

Have also been very in love with Moses Sumney over lockdown. St Vincent. Julia Holter, when Laura Mvula collabed with the London symphony orchestra… mmmmm. Anyone who orchestrates - I’m a goner.

Tell us about your debut album Naive Wisdom. What’s it about?
I called it that because it’s made up of little titbits that express my worldview. Optimistic, but ironically I’m aware that I’m naive in my belief in the simplicity of kindness. 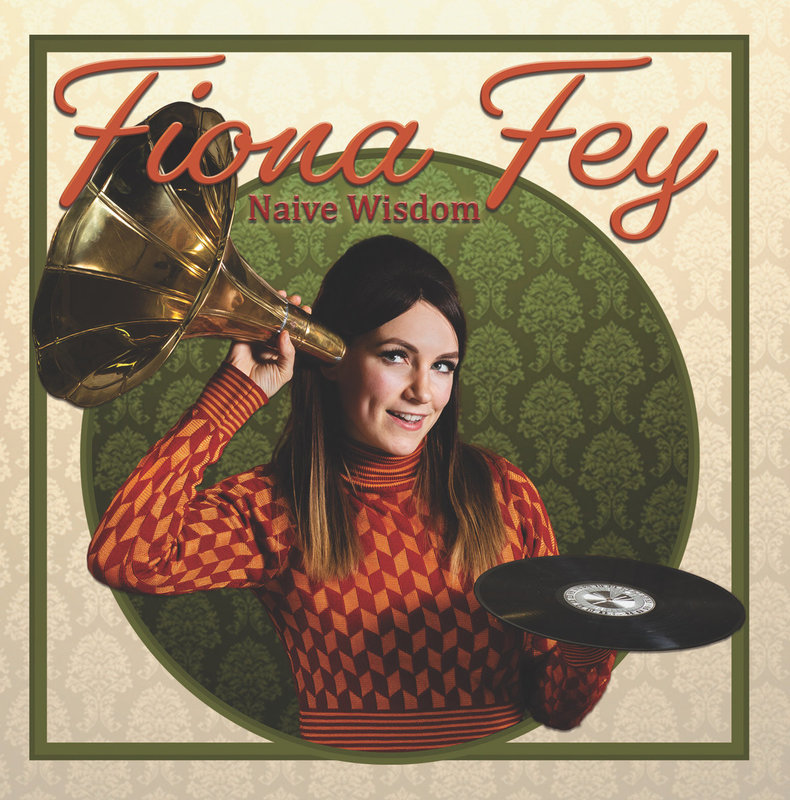 When did you write it and where did you record it?
I wrote it without really realising, so it’s hard to say. I’d always written songs for specific bands, and when it was pointed out to me I had an album’s worth of rogue solo material I was surprised. It took around a year to record because of all the layering that needed to happen.

Plus I relied on my amazing network of very giving and talented musician friends who are also very busy. Finding times and places that matched was probably the hardest part.

I’d always written songs for specific bands, and when it was pointed out to me I had an album’s worth of rogue solo material I was surprised.

How does Naive Wisdom represent you?
It’s my little brain itches, outside. A patchwork quilt of the things I was processing or going through at the time. And clearly what happens when I don’t have anyone else to bounce off or put brakes on, which is a good and a bad thing that happens in group projects.

Can you talk us through each track?
‘Most of the Time’ is a realistic love song, I think romantic love is a beautiful thing but culturally we have a bit of an obsessive way of looking at it. the be all and end all. I wanted to write a song that expressed love without playing into that ickyness. I also wanted to (quietly) acknowledge that real love doesn’t necessarily mean forever or even exclusivity - without taking away the romance of the song.

It’s called ‘Most of the Time’ because a relationship where you’re really and truly happy most of the time is… perfect. If that’s not romantic enough for the classic romancers there are a lot of strings and french horns to make up for it. Also a love song for all the poly love pods out there.

‘Like You’ is about a rich guy I used to work for who was kind of a bully. He treated me like an oddity, but he was also clearly very unhappy so I tried to find him sad instead of infuriating (and an oddity himself) to be able to deal with it better. He had everything but I’d never trade for his life. Money and power really doesn’t mean a lot when it comes to happiness.

The music video is a homage to my favourite decade made by Don Shades who likes to do things properly and filmed the entire thing on mm film meaning we had to stop every 30 seconds to reload the camera. No vintage filters here.

‘Bellybutton Fluff’ is 50 seconds long so I won’t summarise, it says what it needs to say. Backing vocals (on nearly all of the tracks) by Rey Yusuf who is also a Nueva bandmate.

‘Paperclips’ is about how we so often get so bogged down in work we forget to do our actual lives. I found I had a lot more time for life in my early 20s and it does sadden me how busy everyone has become over the past decade, myself included. This may be symptomatic of living in London amongst the high prices and endless FOMO.

Do what scares you more. It will get easier.

‘Listen’ is about the importance of continuing to educate yourself. You are never finished because things are ever evolving. If you don’t know, ask and find out what the other side is. Don’t just label things you don’t get as ridiculous.

I see and hear a lot of things which surprise me because it’s really not hard nowadays to find out where the other side is coming from. If you have the internet it’s a willful ignorance or pretending not to understand. I wanted to remind my older self to not end up like that. Keep moving with the times, keep empathising, keep growing.

‘Advertising’ is fairly self-explanatory. but is particularly aimed at the beauty industry and the unrealistic standards pushed onto women especially (becoming more and more homogenous by the day).

‘Bee Song’ is a short story about a bee who reads too much into brief encounters and slut shames when he feels rejected. Bees are generally a little behind on these issues.

‘Anymore’ I wrote when I was really at the end of my tether with something, I kept the lyrics ambiguous so you can be sad about whatever you want when you listen to it.

‘The Dilemma’ is a sweet sounding blue grassy song that’s pretty sexually explicit. I just wanted to confuse all those people who still have madonna/whore complexes really. There’s also some bloody excellent fiddle solos on there from James Patrick Gavin.

‘My Room’ I wrote when I didn’t have one for a while. One of our housemates did a runner and we had to foot the bill and it eventually just caught up and I had to move into nothingness for a while. Homlessness is pretty common, especially in London and especially right now. I was lucky enough to have amazing friends and ex housemates to fall back on who didn’t mind a bundle of duvet on their floor now and then, and I repay the favour (as do we all) when it’s needed. 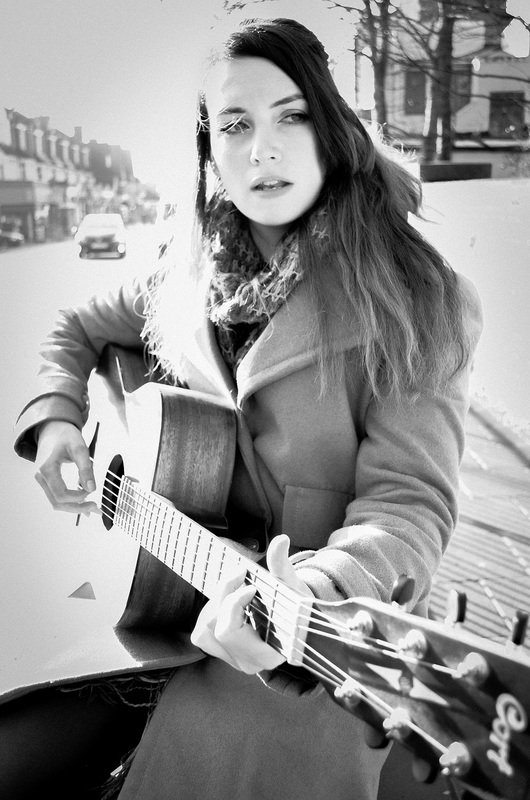 What are your hopes for Naive Wisdom?
I would just love it if any number of people would listen to it with their little ears. I have been pleasantly surprised at the number of people buying the actual CD since I announced it. It was such a big project with all the orchestration, I don’t think I really had time to think about where it would go, I just needed to make it. I’ve just come back from a very long trip to the post office and it’s beautiful (in spite of all the paperwork) to be posting them off to so many faraway places

You’ve performed solo at London’s Union Chapel, Glastonbury and Broadstairs Folk Week, but in the run up to the release of Naive Wisdom you’ve done a series of online concerts. How have you found that shift from live audiences to an online platform during the pandemic?
Oof, it’s so strange! Not getting feedback is super odd. Comments are lovely, but nothing beats human flesh faces and noise.

What else is coming up for you in 2021?
Nueva are working on a debut album, so as soon as this one is launched I’ll be throwing myself fully into writing and recording that. Plus looking forward to touring and gigging again with all projects

Finally, if you could go back in time and give yourself one piece of advice, when would it be and what would you say?
Do what scares you more. It will get easier. (I still often ignore this, but there’s no denying its good advice and I’m trying to train myself into it).

Also if you do a terrible gig the worst thing that will happen is you’ll feel embarrassed, which whilst unpleasant is not the worst feeling. It’s uncomfortable but there’s no reason to avoid doing things you need to do. Plus terrible gigs are nearly always in your head. If you do one and people come up after and tell you how much they enjoyed it, you might want to have a think about listening…

Listen and buy Naive Wisdom on Bandcamp here. For the latest, find Fiona Fey at fionafey.com, Facebook, and Instagram.