F.E.D.O.R. is a band from southern France who released their first EP, Fedor in 2018. We caught up with Gaël Orliac to find out more about them, and their most recent single ‘The Last Damned Night Bored’.

It’s psychedelic music, with all the ‘openness’ and freedom it could allow…

First up, tell us bit about yourselves - who are F.E.D.O.R., and what were you doing before making music together?
F.E.D.O.R. is Stéphanie Ceccaldi (bass, backing vocals), Fred Ambroggi (drums, percussions, backing vocals) and myself, Gaël Orliac - I write the songs, sing, play guitar and other instruments. We live in southern France.

Stephanie is also a seasoned DJ, she was playing in festival and clubs and working on her solo electronic music project, Fred was doing studio sessions for various artists. I was collaborating with Superpitcher on the album The Golden Ravedays. We all jammed together at the Calvi On the Rocks festival. Fred was an old friend of mine, we played in various projects before and Stephanie became a close friend, we shared a lot of music. The energy and spirit of this reunion was beautiful. I naturally called them to work on this project.

Who did you take inspiration from?
That would be too long to name everything. My first child musical emotion were The Beatles - the white album- which prepared me to welcome any style of music as an inspiration. I listened to a lot of different things, blues, psychedelic, jazz, world music, soundtrack, electronic… I prefer not to mention anyone, that could last forever! Art and life in general.

Why the name ‘F.E.D.O.R.’?
First I liked the mysterious sound of this Russian first name, then I discovered that it’s the name (“Final Experimental Demonstration Object Research”) they gave to the first humanoid robot launched in space, which pleased my taste for science-fiction!

How would you describe your musical style?
The hard one! Let’s say it’s psychedelic music, with all the ‘openness’ and freedom it could allow…

If you could collaborate with any living artist, who would you love to work with?
Since everything is open in your question, Lana Del Rey, Her music moves me in mysterious ways…which I love. Of course, there would be a lot of others if I begin to think about it!

You released Fedor back in 2018. What journey have you been on since then?
That was a five-song EP. Since then, we rehearsed and played some gigs in small venues. I’ve been writing a lot of new material, working hard to improve all steps of production skills, shoot and edit videos to accompany the song. We’re now releasing one song per month online, that would be a LP at the end! We are looking for a label to work with. 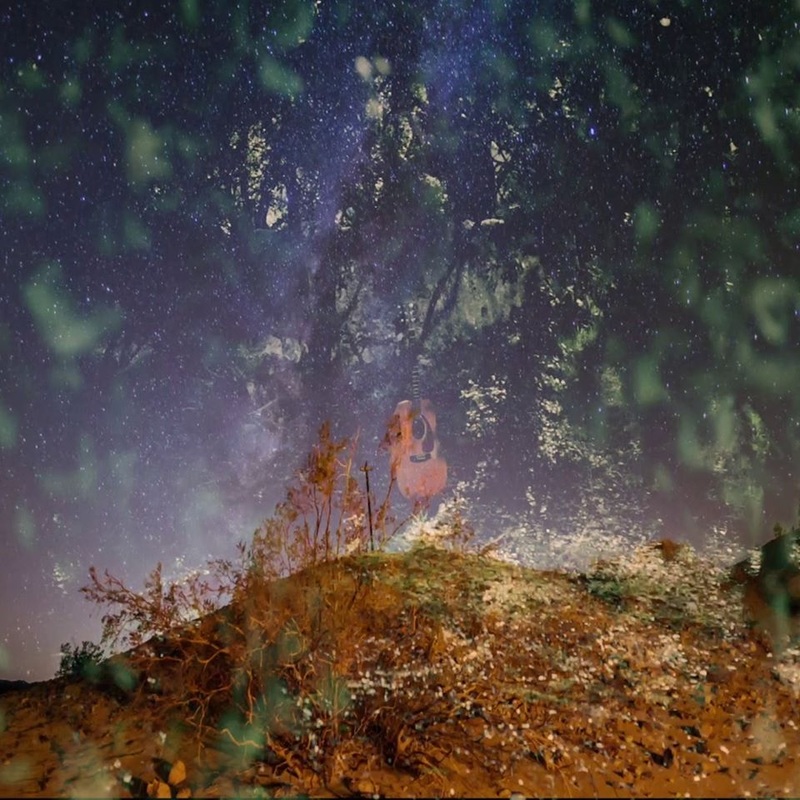 Your most recent single was ‘The Last Damned Night Bored’. When did you write it and where did you record it?
That’s one of the oldest tune of mine, I had this acoustic guitar part, melody and words since maybe 10 years. It took a lot of time (until last summer) to find a feel and sound who would fit my imagination… This was recorded, as the other songs, at Music Lab Studio in Toulon.

How does ‘The Last Damned Night Bored’ represent you?
It has some kind of a modal bluesy folk feel at the beginning which moves into this electronic/roots percussion jam . We experimented a lot on this one with spoon on my guitar, melodica, concertina Hand drums, analog synth. That is representative of our ways to do music.

What are your hopes for ‘The Last Damned Night Bored’?
To touch people heart and imagination. The more the better…

What are your other plans for 2020? Can we catch you on tour?
To continue releasing songs, find some label to help us to have a better diffusion which would help to tour also!

Finally, if you could go back in time and give yourselves one piece of advice, when would it be and what would you say?
Classic: don’t think too much, listen to the child in you, trust the moment!