London-based producer, rapper and singer Drissy Parker started his music journey in Harare, Zimbabwe. Initially he released mixtapes and beat tapes on his Soundcloud, figuring out exactly the artist he wanted to be. Drissy calls himself the ‘King of The Late Night Vibes’. We caught up with him to find out more.

I make music for late night drives, or late nights at the house, while having a glass of something or even that ride home after a night out (before COVID-19 of course).

First up, tell us about yourself - what got you into music?
Growing up my Mum always had the latest music and the biggest CD collection ever, it began with her playing r&b and then it evolved to my uncles playing their vinyls from the 80s! Eventually when I was 15 I started rapping with my friends and it just evolved from there.

Were there any particular bands or artists you took inspiration from?
Growing up on R&B I loved Babyface, Gerald Levert, Dru Hill, Toni Braxton, Aaliyah, and then Mum started playing 2Pac & Biggie, but I would say my biggest inspirations are PARTYNEXTDOOR, Babyface, Timbaland & Dr. Dre.

How would you describe your musical style?
I would say I genre blend lol! The base of my musical style is R&B and I fuse it with Rap & Afrobeats. Sometimes I rap only, other times I sing, I think my style is multi faceted. Earlier in my musical journey I was fully hip hop inspired but once I started producing I went back to what I loved the most, R&B is my foundation. 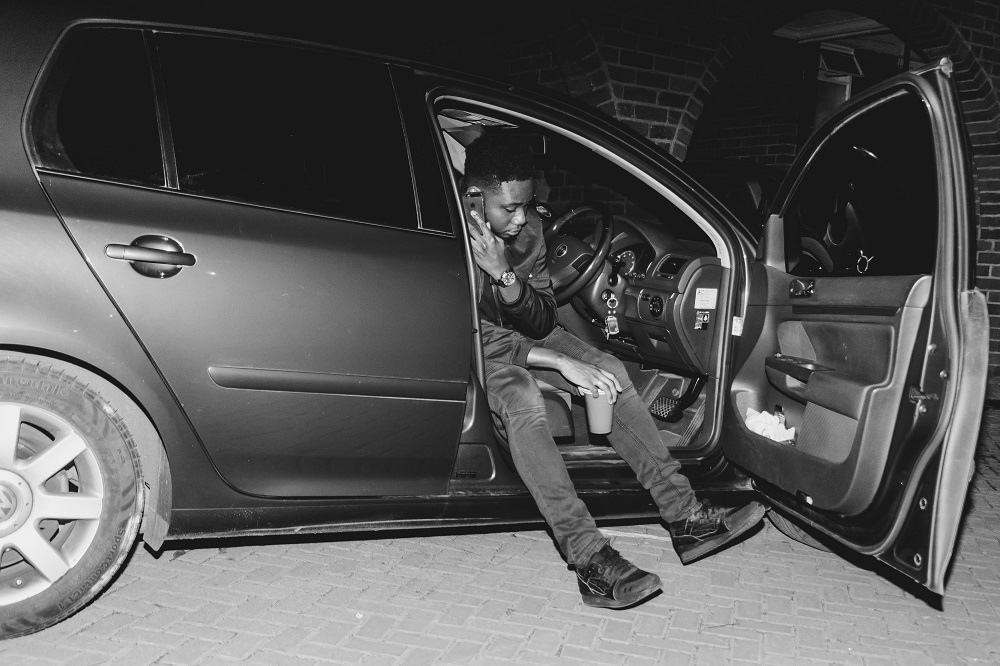 If you could collaborate with any living artist, who would it be?
PARTYNEXTDOOR! He is my favourite artist, my production style is heavily influenced by PARTYNEXTDOOR TWO. That’s the goal!

Tell us about your EP It Was Late In The Night. What’s the inspiration behind it?
It Was Late In The Night is inspired by the late night aesthetic of my music but also past experiences as well as loving and dating in your late twenties and early thirties. It’s about the ups and downs of relationships and friendships, making mistakes, being hurt but owning them and taking accountability for things that went wrong. I didn’t really intend to make this type of project but it just happened lol, a lot was going on in my life at the time and it felt like a healing process of some sort, it felt like God’s timing.

When did you write it and where did you record it?
I’ve been working on this project for almost 3 years, it took many ideas and turns but I started writing and recording with a purpose this year. With the pandemic, I couldn’t go to the studio, so I set up a home studio in my room and started recording. It’s probably been the most fulfilling project I’ve recorded because usually when I record on studio time, I would’ve written the song and would try record it as quick as possible to maximise my time, but this time I could record in the comfort of my home and my creative process changed too.

Before I would make a beat and then write but this time I would freestyle an idea or come up with a melody then I’d build around it. It was so organic. I would wake up in the middle of the night if I had an idea, it was mind blowing to have such freedom to create.

How does It Was Late In The Night represent your style?
It Was Late In The Night represents my style perfectly. I love spacey, dreamy pads and chords over hard drums and crazy hi-hats. I try to create an emotive late night soundscape for myself to sing or rap over, I make music for late night drives, or late nights at the house, while having a glass of something or even that ride home after a night out (before COVID-19 of course).

I tried to be a bit more musical using a lot of melodies and different types of sounds, just to give the story I’m telling a perfect backdrop.. So in short I’d say it represents me, the King of the Late Night Vibes :-) 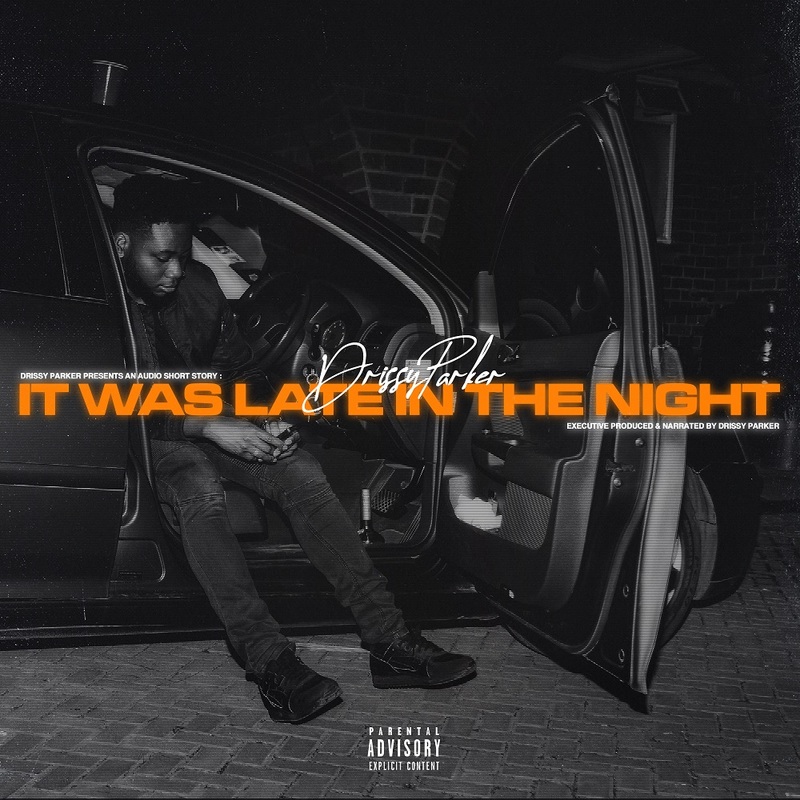 Can you talk us through each track?
‘When Will You Marry’ - This song is really about why I am not married and the reasons why. As an African man in your late twenties, early thirties, everyone always asks when will you marry because now would be the ideal time to marry and start a family. It started to get annoying because my Mum & Grandma, the most important people in my life wouldn’t ask me that question, but a lot of people would, and it just got boring to me.

‘Love Me’ - This song found me expressing the desire to be loved and explaining why I haven’t been loved, and what is probably holding me back from being loved.. Really vulnerable here, haha.

‘Glo Up’ - This is a feel good song, just about not having much and now being blessed and looking back at people who looked down or gave up on you.

‘Broken’ - This song touches on the ‘savage’ lifestyle that us as guys live. It’s called broken because it’s a play on living a fast life but living it because you’re broken from your traumas in relationships and need the distraction. It’s based on a phase I was going through.

‘Choose’ - This is based on being in a relationship and wanting out.. I’m asking them to choose whether they want me or not.. I’m lowkey encouraging them to leave me so that I don’t have to do the breaking up.. These things happen, not cool I know! ‘The Want Back’ - This is the get your girl back song! When you break up with someone, sometimes you realise that rah.. I need them back, I miss them.. So I made this based off experiences.. Mine and others.

‘Scars’ - This song is the upbeat song of the project. It’s about having gone through so much and changing because of these events but acting like it’s all good even though you have the scars to bear. Betrayal hurts alot especially in friendships and it messes up your trust, trust in relationships, romantic or platonic.. But overall you have to keep it moving.

‘We Both Know’ - This was the hardest song to write and record. It’s about two things. A failed relationship & a person I let get away. It has a tragic ending and it sort of sums up the whole sequence of the songs and the story. It’s a strange one, it’s gaining closure where closure is not available.. Sometimes we never get answers or chances to apologise but have to live with that fact and move on. Deep.

What are your hopes for ‘It Was Late In The Night’?
I hope that it helps people who may have gone through the same things and gets to as many ears as possible. I hope it creates conversation about love and relationships, I also hope it opens the doors for me nationally to produce for other artists.. I am a producer at heart first.

How’s the rest of 2020 looking in what’s becoming a crazy year?
Man! Hopefully good with more music! A couple of videos to push the project visually and just exploring new opportunities that this project is creating for me. I also want to push my label ‘Lvst Tribe’ further.

I am part of a creative label with a producer and artist called Muxomx (he was my producer before I became a producer myself) and a producer and curator by the name of Fubu Era. We have so many vibes to give. I really want this year to fast forward to 2021. It’s been such a strange year, so much loss, but of course there is always sunshine after the rain, so we keep going by God’s grace.

Finally, if you could go back in time and give yourself one piece of advice, when would it be and what would you say?
Cliché, but don’t focus on the hate, focus on the love. Sometimes I would get caught up in who didn’t support me, retweet or who didn’t like me, but that doesn’t matter at all. Focus on the people who support and love you, it’s the foundation you need to grow.

Listen to It Was Late in the Night on Spotify below. For the latest, go to Drissy Parker’s Facebook page.