Brighton alt-rock three-piece Dramalove is Diego Soncin (vocals, guitar), Riccardo Soncin (bass) and Neil Davey (drums). Last summer they were heard on the BBC Introducing frequencies with ‘Lady Macbeth’ followed up by slot in the Best New Bands 2019 compilation on Classic Rock Magazine with ‘Busy Saving The World’. We caught up with Diego to find out more.

We tend to write in many different style, under the range of rock music.

First up, tell us bit about yourselves - who are Dramalove, and what were you doing before making music together?
Dramalove are a rock band started about 10 years ago in Italy from me and my twin brother Riccardo, in Turin. After many many great experiences such as videos in heavy rotation on MTV and reaching the semi final on X-Factor, we’ve decided to relocate here in what we think is the homeland of rock’n’roll, to make our dreams come true.

Who did you take inspiration from?
Our two brothers, both rock guitarists, and then Muse, Placebo, Michael Jackson and dozens of other fantastic artists. We just wanted to re-create the emotions that we were getting from our idols.

Why the name ‘Dramalove’? What do you stand for?
We’ve started under the name of Hypersound, then turned into No Gravity. We then found out another three or four bands had the same name so decided to invent a new one - we just thought Dramalove was sounding great, and it also featured the contrast of two opposites, good and evil, hope and fear, an equilibrium without which our universe could collapse. It represents the endless war between the light and dark forces.

How would you describe your musical style?
I would say eccentric. Is quite unpredictable, I don’t find many similarities between our songs, some people might find it controversial and counterproductive, but I think we tend to write in many different style, under the range of rock music, that’s for sure. Dark romantic rock. Or futuristic rock.

If you could collaborate with any living artist, who would you love to work with?
If it has to be a living one, I would say Matt Bellamy from Muse, and my brother would go for Ville Valo of HIM.

You relocated to England from Italy about three years ago. What was the driver behind that?
We just had enough of the Italian music industry from a rock band point of view. It’s very hard to play rock music in a country where it’s mostly songwriting oriented. Don’t get me wrong, there are loads of bands at a grassroot level, but very few of them make a break, and if you want to make a living doing what you love it’s highly unlikely.

I mean, it still is super hard anywhere in the world, but we were surprised by the amount of opportunities we have here, i.e. BBC Introducing providing stages at big festivals for emerging bands, national radios having slots for unsigned acts and basically a lot more attention for rock bands. Plus, if you sing in English and you write a hit, you get an international feedback, you’re not limited by the language.

I still think Italian is the best language in the world though (same goes for the food and the weather). 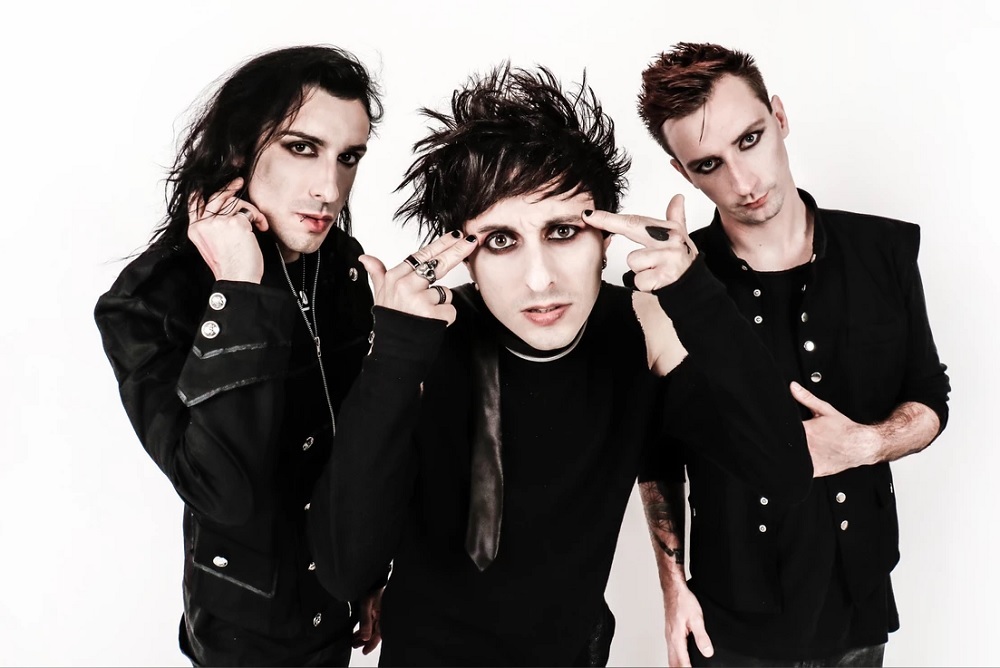 Last year you featured on BBC Introducing in the South with ‘Lady Macbeth’ and had a slot in the Best New Bands 2019 compilation on Classic Rock Magazine with ‘Busy Saving The World’. What impact did that have on your profile?
Those two episodes you’ve mentioned are both milestones in our career so far, BBC Introducing in the south played two of our songs already and they’ve showed us a love we weren’t expecting. Both that and the Classic Rock Mag feature led to many live gig opportunities and eventually in a few record label A/R showing up at our shows.

Tell us about your most recent single ‘Written In The Stars’. What response did it get?
It went down very very well, in fact it was made “Track Of The Week” onto Classic Rock Magazine. We’re still growing our numbers on YouTube and Spotify but we’re still pushing it, a few fans of ours said it reminded them of the sound from The Rasmus and early Muse, which is cool.

What are your plans for 2020 in what’s become a challenging and unique year?
Plans are certainly considering a drastic investment both on time and finances for what concerns the live streaming side of things, it’s the future. Not hard to guess. Then we are writing loads of new songs since the lockdown so there’s a good chance we’ll see an EP coming out within the end of the year.

Finally, if you could go back in time and give yourselves one piece of advice, when would it be and what would you say?

Great question. To the younger me, I would say this: things are exactly what they seem, do not build castles in the air and hurry up, take action now, it’s getting harder very soon.

Watch the video for ‘Busy Saving The World’ on YouTube below. For the latest Dramalove news, go to dramalove.band.