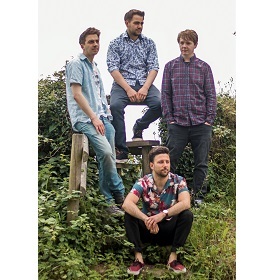 Retro/modern indie rockers Daydream Runaways are back with new single ‘Gravity’. It’s a driving tune, full of energy and a hook that’ll grab you from the start as Ben sings about agnonising over making a choice at a crossroads. We caught up with them to find out more.

Bringing the guitar music of different genres from past decades into the modern age.

First up, tell us a bit about yourselves - who are Daydream Runaways, and what were you doing before making music together?
Daydream Runaways are four Wiltshire-born lads, brothers Ben (vocals) and Nath (bass) are joined by Cam (guitar) and Brad (drums). Ben, Nath and Cam met whilst playing in a blues rock band in 2017. When that came to an end, Ben and Nath wanted to branch out into a different sound and sought others who fit in with that vibe.

They met Brad online through joinmyband, who was studying Music Technology at Bournemouth Uni, around December 2018. They then called Cam back into the fold at the start of 2019 and the chemistry was pretty much immediate when we all got into the rehearsal room. In fact, we pretty much wrote the bones of our debut single on the first practice together!

Who did you take inspiration from?
All our influences and inspirations are relatively different and quite wide ranging. Imagine Dragons, The Eagles, Walk The Moon, Bread inspire Ben. Nath is a big fan of Paramore, Bon Jovi, Sum 41, Guns N Roses. While Brad’s main influences are The Darkness, Royal Blood and Rush. Cam takes a lot of inspiration from The Smiths, Bloc Party, Chic & Blur.

Why the name ‘Daydream Runaways’? What do you stand for?
We spent a long time trying to find a name that fit us - it had to be something that didn’t pigeonhole us into a specific scene but also had an air of escapism about it. Cam eventually suggested the name as it was two words that personified that feeling of escapism and the need to get away from the daily dross of life.

Our mission statement followed pretty soon after, which is to bring the guitar music of different genres from past decades into the modern age.

How would you describe your musical style?
We try to not produce the same style of music with each song as we’re all influenced by a bunch of different sounds, but if we had to pin it down, it’s what we’d call retro modern rock. It’s got all those tropes of guitar music with a refreshed feel to them and we love to write a hook-y, anthemic chorus.

If you could collaborate with any living artist, who would you love to work with?
Again, we’d probably be awkward and all of us would say someone different! Cam would love to collaborate with Johnny Marr from The Smiths or Damon Albarn & Graham Coxon from Blur.

For Ben, if he could spend a day with the Eagles back in the 70s, he’d certainly be daydreaming, or Dan Reynolds from Imagine Dragons for sure! Nath wouldn’t mind rocking out with his teen favourites Paramore or Sum 41 in their prime.

Brad is a Darkness mega-fan so naturally would choose Justin and Dan Hawkins. All those artists in the same studio would make for one interesting session for sure! 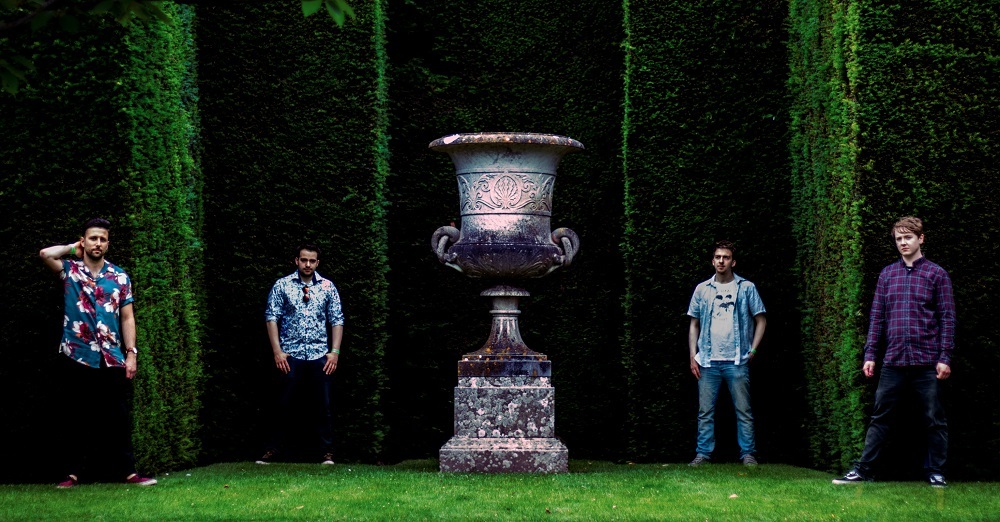 Tell us about your new single ‘Gravity’, out on Friday, May 1st. What’s it about?
‘Gravity’ is at heart, a sombre-feeling track, with pangs of hurt and indecision. The song opens with the line ‘Now I’m standing on the edge’ describing the rawness of struggles and hopelessness. Lyrically, ‘Gravity’ explains the position of being at a crossroads in life, ‘deciding which road to take’ knowing that neither one will be easy.

The artwork provided by Ezra.Mae.Art depicts this concept. Listening deeper into the chorus, listeners will notice the feeling of responsibility. How you want to be a person’s saviour yet you’re falling yourself. Overall, we tried to portray these feelings through our lyrics, our artwork and also greatly through the tone of the song. We knew it had to be heavy and we tried to bring across these feelings throughout the recording process musically.

When did you write it and where did you record it?
The idea for the song is actually about 7 years old, that’s when Ben and Nath first conceived the chord progression that carries the song. The song then sat untouched for many years, waiting for the moment when the words married up to its vibe. It then exploded into a heartfelt, emotive song that we’ve come to really love.

We recorded the song in a single session back in February this year at Western Audio in Swindon, recording with our good friend Jacob from Reloopaudio. It was a very productive and memorable day & Jacob’s now a part of the Daydream Runaways family so we’ll definitely be looking to use this partnership to further enhance our music in the future.

How does ‘Gravity’ represent you?
‘Gravity’ definitely represents the heavier side of our sound (this one goes to 11 or at least 10.5!) but it still has all the little tropes that make it sound like us. It showcases our ability to go all out musically whilst delving into some heavy hearted subject material. Up until now, our songs haven’t really been this sombre or heavy but it was definitely a lot of fun to scratch that itch, whilst keeping the core elements of our sound within the song and its production.

What are your hopes for ‘Gravity’?
World Domination! But seriously this song represents us and is a fusion of what each of us contribute to the sound. Hopefully this single achieves us more radio play and establishes us on the national music scene.

We hope through the release of ‘Gravity’ and future singles we’ve got planned, listeners will come to recognise us and our sound, yet never get bored of hearing us. We therefore work hard to ensure each song has its own spice to it, but always has a splash of Daydream Runaways at the core.

What are your other plans for what’s fast becoming a crazy year?
Right now, just promoting ‘Gravity’ the best we can whilst we’re all in lockdown (which is something we never felt we’d find ourselves saying!).

But we’re also working on perfecting some new material so we’re ready to hit the studio running as soon as it’s safe to do so. And of course, we’re looking forward to playing all the gigs that we’re currently rearranging and seeing people react to the song live!

Finally, if you could go back in time and give yourselves one piece of advice, when would it be and what would you say?
Always write from the heart and never throw ideas away. If Gravity has taught us anything, it’s that you never know when that particular riff, lyric or section could perfectly manifest itself in a song further down the line.