D-Knox has been making music for more than 25 years, most recently collaborating with Mark Hawkins, aka Marquis Hawkes. On Friday, January 31st the Sonic Mind label boss releases his first EP extracted from DAT tapes sitting in his archives: DAT Rips Vol. 1. We caught up with him to find out more about the music scene where he now resides in Warsaw and how the EP came about.

The mindset back in those days was always in alignment with the day-to-day life. Making music was a lifestyle.

I discovered electronic music early on as I was often In Detroit and Chicago visiting family during summer holidays. And while in high school Damon Lamar (a.k.a. Baby Pop on Relief Records) and I used to spin House music at some of the high school parties at the Douglas Center in Kalamazoo.

When my cousin, Jay Denham came back to Kalamazoo, he and I started to collaborate on some music. One day we went to Detroit because he had a business meeting with Derrick May and it was at that moment when we arrived at Derrick’s loft and I saw the music gear sprawled out on the floor in a circle and heard some of the sounds that were coming out of the speakers, I was like this is it, I don’t want to do hip hop anymore. I will commit myself to techno.

Were there any particular bands or artists you took inspiration from back then?
Prince (especially the ‘Purple Rain’ days), DJ Jazzy Jeff and the Fresh Prince, Al Jarreau, Dan Curtin (man, that 3rd From The Sun EP – wow, amazing), almost all of the early ‘80s stuff (I used to sit in front of the TV and watch VH1 video hits almost every Friday evening from 8- 11pm), anything hip hop and RnB from ‘86-’92, especially A Tribe Called Quest, The D.O.C (that album, The Formula was another one I just wore the tape out), Herbie Hancock, Kraftwerk and of course, Juan Atkins.

How would you describe the evolution of your style?
When I was first making beats I was only using gear and I had no clue about how to mix properly. Over the years, after visiting other studios of Rock and Punk bands, and hip hop and RnB guys, I started learning about the mix down structure.

After sometime I started using the computer but with my samples from my studio, and later I started combining the computer with gear. The idea behind the music is still the same as it was more than 25 years ago, but the sound has matured naturally over time. 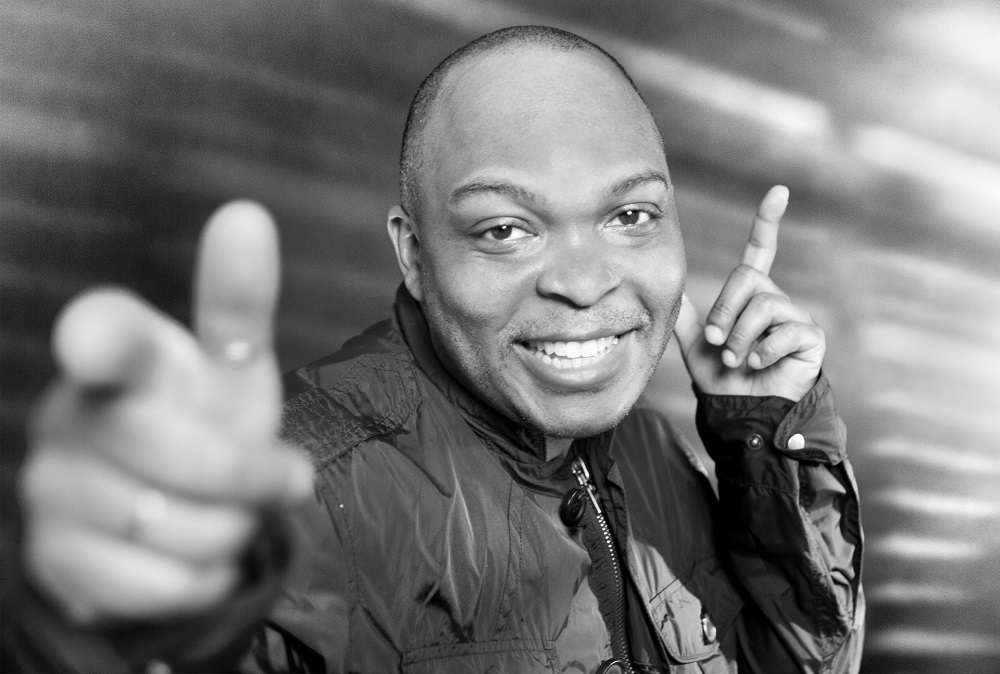 You grew up in Michigan’s Kalamazoo, but now live in Warsaw where you continue to run your Sonic Mind label. What’s the music scene like in Poland?
The music scene in Poland has been great to me. I’ve played a lot of parties here. From 2003 to now, I’ve played big and small events. Most of them were a blast. There were a few promoters and situations that I didn’t like at all, but I guess that can happen anywhere. I felt like I had some musical freedom to play house or techno over here.

The scene, now, though seems to be similar to everywhere else. Most clubs play it safe, booking DJs with tons of Instagram followers, etc, and crews looking out for each other, so I have to say nowadays I’m mixed - pretty much only going out if I’m DJing or if an artist comes to town and they tell me in advance and we meet up. But, all-in-all, I say there is a good scene here.

You worked with Mark Hawkins (aka Marquis Hawkes) on December’s EP. How did that go?
Mark and I have known each other for many years. He also knew my music long before we met in person. From the first moment we collaborated it was magic. The vibe was right and I knew we had to make more music together.

If you could collaborate with any living artist, who would you choose?
Mike Banks from UR.

Tell us about your latest release, DAT Rips Vol. 1. When are these DAT rips from, and what led you to mine them for new (to us) material?
The time these tracks were produced could be anywhere between 1990-1999. The DATs had been sitting in my desk in my studio in Warsaw for some years, and year-after-year I kept saying to myself I need to get a DAT machine and see what’s on here, but year-after-year I kept forgetting to do that. One day Mark Hawkins and I were meeting for lunch in Berlin, and the topic came up, so I asked him if he knew someone with a DAT machine in Berlin and he knew where to get hold of one.

What strikes you about this music, listening back now? Can you tell us about the creative mindset you were in when you made them?
The sound strikes me, and the feel of the tracks. The mindset back in those days was always in alignment with the day-to-day life. Making music was a lifestyle.

I always had a small studio at any place I lived whether I was making music or not. Most of the time there was no thinking, I’d just turn on the equipment and within ten minutes there was a track and in five or ten more minutes the track was finished. But I always felt good when I was making the track almost like when you eat your favorite food.

How do your methods differ now (if at all)?
The difference now is there is a computer involved but after some time I figured out how to use it as if it’s just another piece of gear.

This is Volume 1. Can we expect further volumes in the near future?
Oh yes, more to come for sure.

What are you hopes for Volume 1?
That as many people as possible will enjoy this release.

What other plans do you have for 2020?
To live each and every day to the fullest and become a better version of myself daily.

Listen to DAT Rips Vol. 1 on SoundCloud below. For more about D-Knox head to sonic-mind.com.