Curfew is a London-based musical project created in 2000 by BAFTA award winning composer/producer Sönke Prigge. Their latest album is #curfew2020 [chill<sound>tracks], out now, and we caught up with them to find out more.

Curfew is electronic music mixed with live instruments and vocal. Someone once said: “Audio Architecture – Electronically Designed” and that somehow stuck!

First up, tell us about yourself - what got you into music?
I am Sönke, came to London in 1995 (from Germany) as a young hopeful keyboard player wanting to make it BIG in the music industry, LOL. 25 years later I am still around and so far had a fantastic TRIP doing music, working various jobs in the music industry and becoming a music producer.

I’ve been into music since I can remember and started with classical piano and later guitar. Briefly studied keyboards at the American Institute of Music in Vienna, but studying wasn’t really for me, I’d preferred playing in bands and ‘learn along the way’.

Were there any particular bands or artists you took inspiration from?
From early childhood I was always drawn to the bands that had a keyboard (organ, piano, etc.) sound/player and if I should list all of the ones that inspired me I’d be writing a long essay here. Can I just say that ‘sound’ inspired me more than any particular band!

Why ‘Curfew’?
The band name Curfew came about in 2000 (our first album was released in 2001, (or was it 2002 – I’m not too sure anymore) after reading a book about youth-culture in the USA, however since the Covid19(84) lockdown the name is more relevant than ever before.

How would you describe your musical style?
Curfew started as a pure trip-hop project after my record deal with a techno label came to an end and I needed to make tracks with a little more feeling and a bit slower than the usual techno BPM at the time. I also wanted to incorporate more live instrumentation.

So I’d say Curfew is electronic music mixed with live instruments and vocal. Someone once said: “Audio Architecture – Electronically Designed” and that somehow stuck!

If you could collaborate with any living artist, who would it be?
Yeah – good question…. Can it only be ONE? I have recently had an offer from Karl Bartos (ex-Kraftwerk), but with him being in Germany and me being in London, we didn’t manage to get something going. I am hoping to collab with BAD WITH PHONES later this year, otherwise if Agnes Obel or Allison Goldfrapp would knock on my door I’d say Y E S ;-).

Tell us about your album #curfew2020[chill<sound>tracks]. What’s the inspiration behind it?
Obviously #curfew2020 really took shape once the whole world was under curfew this year. I thought we all need some music that we can chill out and relax to while locked-in at home.

When did you write it and where did you record it?
Some of the pieces on the album were written before lockdown was imposed; hence I was able to collab with my two old-time companions Sue Ballingall (vocals) and Roger Francomb (saxophone) and a new collab with Turkish/London Saz player Emre Dasikan. The rest of the tracks was just me sitting alone in the studio playing as many instruments as I could - imagining a better world than the one we currently live in. 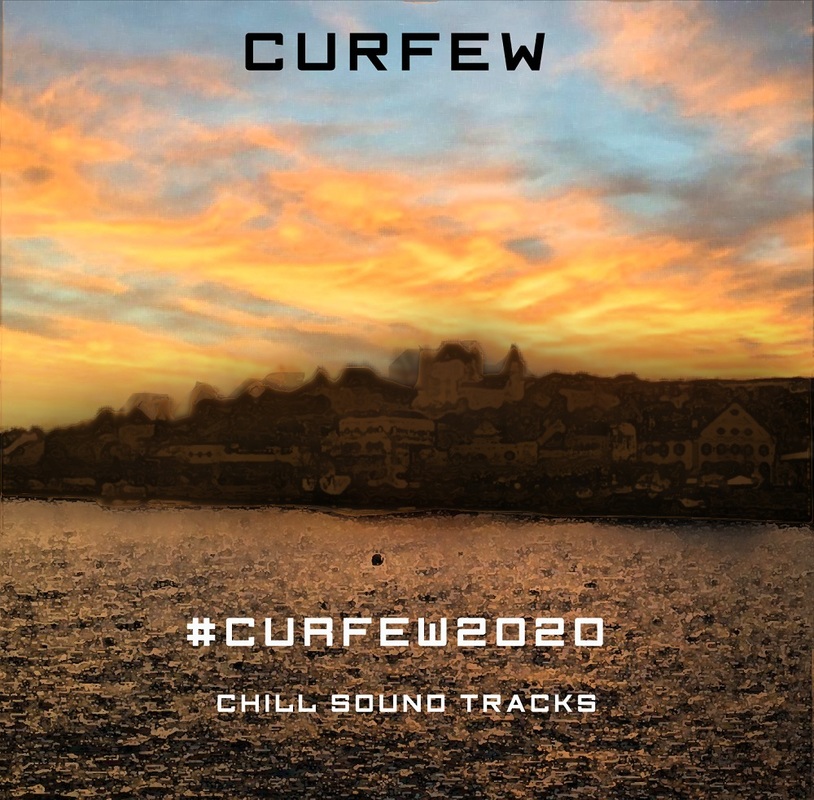 How does #curfew2020 represent your style?
This album is slightly different from the ones we have released before, as in more instrumental. #curfew2020 contains only one full-vocal song (Iamacamera). These new songs are chill-out instrumentals and soundtrack, program-music tracks. However, faithful to the style of electronic music with ambient soundscapes mixed with real instruments.

Can you talk us through each track?
Side A: (Chill tracks)

1. 'The Start': Side A of this album represents a journey. I imagine a caravan, perhaps on camels through a desert in the Middle East or Asia. 'The Start' represents, well, just that, the start where everyone is getting ready to go. The track features Emre Dasikan on saz (a traditional Turkish instrument).

2. 'Iamacamera': This song looks a society through the lens of a camera. The lens captures reality and it can’t lie about what it sees – the reality. The words “Humanity please realise / you are trying to survive / in a world that is insane / by the darkest of design” are so current during these times we live in and should open peoples eyes. The message is however, that it is possible to find love in the darkest places ;-). This track features Sue Ballingall on vocals, who also wrote the words.

3. 'February Chill'; Back to our journey through the desert. We are in February and even though it might be chilly outside this track will make sure that you can relax in the cold.

4. 'Eastern Sunrise': As the caravan slowly gets going, the sun rises and I’ve played a flute in some sort Arabic key, representing the slow rising of the big, hot yellow wheel in the sky, giving us warmth and life.

5. 'Caravan': We are finally moving! The caravan has left and is on the way to its destination. Again, this track features Emre Dasikan on saz.

6. 'Midday Sun': Half way through the day, when the midday sun is hottest. Time for a rest and to chill out in the shade somewhere in an oasis under a tree. This track features Roger Francomb on saxophone.

7. 'Hot Winds': Hot desert winds are holding up the caravan. The sandstorm is bad and sight is blurred – all we can do is slow down and wait for the winds to die down.

8. 'Riding into the Sunset': Winds have died down and for the rest of the day the caravan is riding into the sunset, slowly bringing our journey to an end. This song has an upbeat melody and theme.

Side B: (Sound tracks)

1. 'China Bass': What if China had given us “Bass” rather than a Virus? Perhaps this is what it would have sounded like, a slightly upbeat kind of track, featuring many oriental sounds and a Chinese-bass!

2. '6:37am' (2017mix): This is a track that was on our debut album (Curfew) in the early 2000’s. I was asked for a remix in 2017 and as the remix never got released officially I included it on *#curfew2020*. It pictures someone slowly waking up, hearing the alarm clock in the distance of reality, before being fully awake and present in a new day.

3. 'Mist Lifting': I have produced many soundtracks for TV and mostly independent films over the years. Mist Lifting could’ve been one of them, but wasn’t; hence it found it’s way onto the album.

5. 'Phonophobia': a fear of or aversion to loud sounds – I just hope not of the music on this album. This track symbolises (musically) how someone might feel when exposed to loud sounds, the panic setting in...

What are your hopes for ‘#curfew2020’?
Exposure. Inclusion in some playlists, mix tapes and compilations. And anything else what an album can do… Who knows what will come of it in the future? Keeping an open mind and being open to suggestions and change might bring the desired goals.

How’s the rest of 2020 looking in what’s becoming a crazy year?
We’ve had quite a few gigs and festivals planned to promote this album during the summer, but as that’s ALL been put on hold for the foreseeable future, I assume I’ll work on more studio projects and perhaps a live-stream album release show. Stay connected and check the developments on curfewmusic.com or on our social media channels. Right now we are creating videos for each track for our YouTube channel and then while I can I’ll travel abroad for a bit until the second wave will keep us indoors again later this year.

Finally, if you could go back in time and give yourself one piece of advice, when would it be and what would you say?
Phewwww ehrrm yeah… Skip school, have no fear, make more music and meet as many people as possible (hence this would’ve been when I was in school).

Listen to #curfew2020 [chill<sound>tracks] on Bandcamp below. For the latest, go to curfewmusic.com.