Citrus Heights is a four-piece British indie/groove pop band formed of Jamie Kelly (vocals), Benjamin Casey (guitar), Matthew Dixon (bass) and Luke Chambers (drums). We caught up with them to chat about their latest single, ‘Weekend’, and a little about their history.

Just do what you enjoy! That’s what it should be all about… right?

First up, tell us bit about yourselves - who are Citrus Heights, and what were you doing before making music together?
We are a 4 piece pop band from Leeds, Made up of Jamie Kelly on vocals, Ben Casey on Guitar, Matt Dixon on bass and Luke on Drums. We all met at music college so we’ve pretty much always been doing music since meeting to now!

Who did you take inspiration from?
All over the place to be honest. We are constantly listening to different artists of all different genres. It’s what inspires us to keep writing!

Why the name ‘Citrus Heights’? What do you stand for?

We had another name before which was the name of a very famous beach in America. We ended up not being able to use that name and Citrus Heights was the best sounding neighbouring city to there. It just stuck from there really. We just stand for writing good music over anything else.

To define it under one of the main genres I would say its predominantly pop. We don’t write to make it a ‘pop’ song though, sometimes you can end up limiting yourself if you write towards a specific genre. Just do what you enjoy! That’s what it should be all about… right?

If you could collaborate with any living artist, who would you love to work with?
Hmm, that’s a tough one! I’m sure we would all have someone individually but it would probably range from Frank Ocean to Charlie Puth and everything in between. We love a very broad set of artists as a collective. 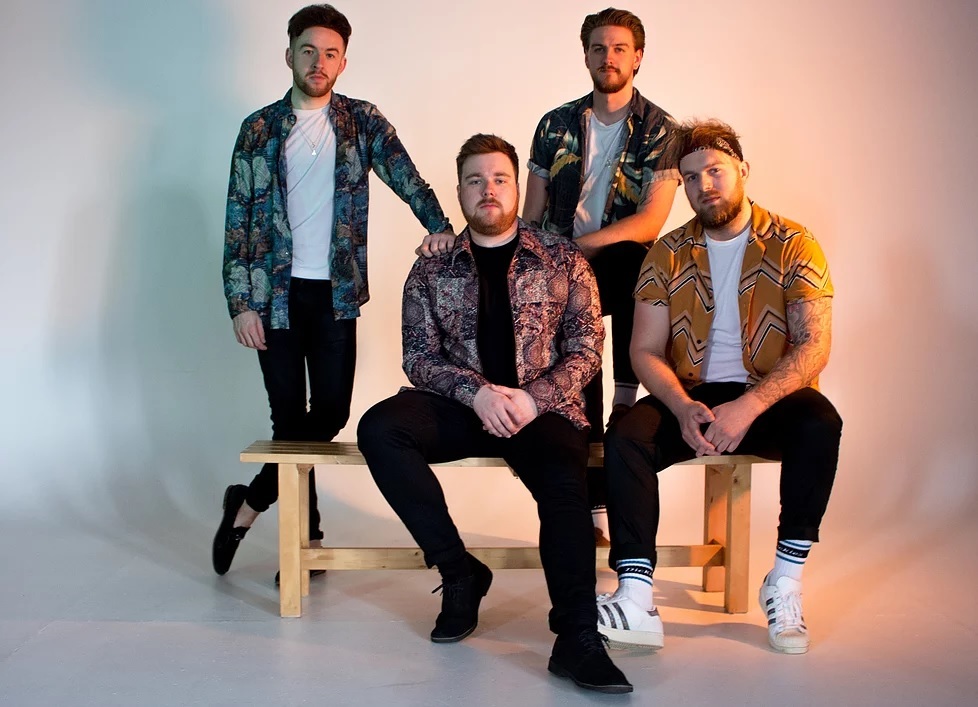 Your latest single is ‘Weekend’. When did you write it and where did you record it?
We wrote the idea months ago and just left it for a while. It was only until we had a rough release date where we pulled it back out and completed it. The song was written and recorded by ourselves at our studio. We finished it about a month before it was released to be completely honest. We have totally gone against the conventional process of writing and releasing a song. It’s just the best way we have found to work.

How does ‘Weekend’ represent you?
It’s a representation of thoughts what all of the band and a lot of people have had I imagine. The song is mainly about the experiences everyone has had on a weekend, from the great times to be had on a night out to laying in regret the morning after from making terrible choices.. The style of the song production wise and how it is written is what represents us more, just pushing the boundaries on our sound and venturing in to different avenues that feel good to us.

What are your hopes for ‘Weekend’?
I guess we would love for the song to just be heard by as many people as possible. We absolutely love this song and we are super proud of it. If it was to make it on to Radio 1 or something along those lines i think we would all be speechless!

What are your other plans for 2019, can we catch you on tour?
We will see how far ‘Weekend’ goes and follow up anything what comes from that and then we head out on a little tour in November! We will be heading to Sheffield, Newcastle, London and there are a couple others to be announced. Just keep an eye on our socials for more details!

How’s 2020 looking?
Pretty good! We are looking to release some more music with some support shows around them, We will continue to write music along the way but we like to make sure that we keep the flow of releases consistent but not too full on.

Finally, if you could go back in time and give yourselves one piece of advice, when would it be and what would you say?
There have been a few points in our timeline which it would be good to go back to and just remind us to stick to our guns with decisions, we (like many other bands i’m sure) have been led astray from other people and what they believe best for us when in reality only we can know that. There isn’t a handbook to the music industry for people going from the ground up. The majority of the time it seems to be all about who you know. But there is no point dwelling on the past. Gotta keep pushing forward!

Listen to ‘Weekend’ on SoundCloud below. For news and tour dates go to citrusheights.co.uk.