I wanted ‘Pale Gold’ to sound like I was accompanied by this street orchestra in a tiny, sun drenched village. Anything too slick or precise would break that illusion.

The last time we spoke to you in May, ‘Reflections’ was about to be released. What response did you get to ‘Reflections’?
I got a lot of nice feedback and reviews of Reflections, and it triggered quite a few people to listen and write about me for the first time. You create these things in a vacuum and never really know how they will be received, so it was nice to see that people could feel and connect with the music and picked up on my vision behind it.

What have you been doing since then?
I´ve been pretty busy. I shot two videos, one in New York and one in Spain, and released another two singles, Emotional Outlaw and this one, Pale Gold. I´ve played more shows, finalised the forthcoming album and started working on and recording new material. Also, while all us artists like to give the impression in social media that we are these mysteriously cool characters in Woody Allen movies who never seem to have to work or deal with everyday things.. I´ve had quite a bit of that going on too.

Tell us about your latest single, ‘Pale Gold’. It’s described as ‘an imaginary spaghetti western soundtrack. How did you come up with that concept?
A lot of things you somehow stumble upon by chance. At the time I wrote this song, I was going through a phase where I was really into gypsy jazz. Django Reinhardt, that kind of thing. I was also reading a lot of Hemingway. The Sun Also Rises, and For Whom the Bell Tolls. ‘Pale Gold’ has a very personal narrative, but it is fused with this desert imagery. So from the start it came out as very Western-vibey.

My mantra in the whole production was to never have it sound too slick. Analogue synths are wonky and sometimes oscillate off-key, the drums are very restrained, trumpet arrangement sometimes is off-beat. I wanted it to sound like I was accompanied by this street orchestra in a tiny, sun drenched village. Anything too slick or precise would break that illusion. 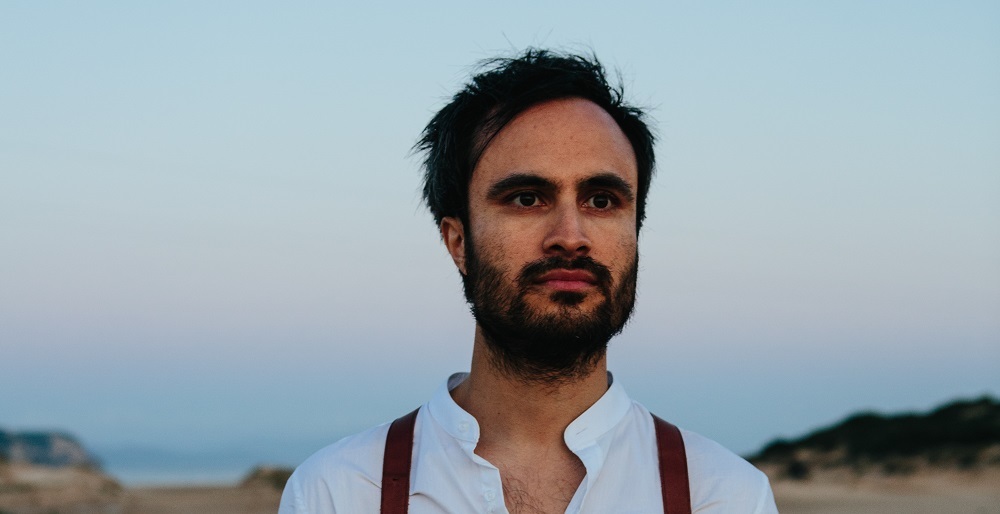 What do you find most interesting about spaghetti western soundtracks?
There is something very grandiose and epic about them, in the way they evoke adventure, blistering heat and people hardened by a lawless land. And it tends to not get as sweet or pompous as the more traditional epic cinema music. Maintains a sense of grit in a way.

What are your favourite spaghetti westerns in terms of soundtrack and film as a whole?
I was about to say, pretty much my entire opinion on the genre is shaped by the music of Ennio Morricone, or the use of Ry Cooder´s music in Paris, Texas. Which technically isn’t a western.

What are your hopes for ‘Pale Gold’?
That it climbs straight up there like Lil Nas X’ ‘Old Town’ in the billboard charts. Hasn´t happened so far though. Stay strong.

‘Pale Gold’ is taken from your debut album From Darkness, Light. How does ‘Pale Gold’ fit in, particularly in relation to ‘Reflections’?
From Darkness, Light is a concept album, portraying an emotional journey. Reflections is meant to be beautiful, but quite dark, echoing feelings of desperation. ‘Pale Gold’ represents more of an active soul search, leading the protagonist to the point where he parts with his old beliefs and charts out a new course.

What reaction as the new material been getting at your live shows?
People ABSOLUTELY LOVE IT. Guys dig it and girls scream and throw wet panties onto the stage. Or other way around. I’m very progressive. You should come check it out.

What’s left to come in 2019?
I might be squeezing another single out before the end of the year! And possibly a B-side video single too. Let´s see what I get done in November with my cast of very marvellous friends..

Can you tell us about your plans for 2020?
My album is now scheduled for release on Friday, February 7th, 2020. Hopefully I get to tour it, and finish a new one. And connect with a lot of wonderful people along the way. I have a lot of ideas.

Listen to ‘Pale Gold’ on SoundCloud below. For news and tour dates go to brudini.com.