Tel Aviv-based band Bones Garage marry post-punk aesthetics with surf rock accentuations and shoegaze sounds and textures, to create a luscious melodic sound that occasionally threatens to spin out of control. They’ve just released new single ‘I’ve Loved’ - we caught up with them to find out more.

We’re freaks of songwriting, lyrics and melody, so we try to do whatever fits best any song.

First up, tell us bit about yourselves - who are Bones Garage, and what were you doing before making music together?
We’re an indie band from Israel. We’ve been playing together forever – some of us have known each other as early as 6 years old. Before Bones Garage many of us were playing in other bands, together or apart. Our drummer Dor is also an actor, guitarist Yaniv is a computer programmer, Ariel is a photographer, Yoni is a session musician, Eden and Raz run a recording studio.

Who did you take inspiration from?
We’re six very different musicians. Each one of us have different musical influences, and Bones Garage is sort of the weird mix of all those influences, which is what makes it unique. “I’ve Loved” specifically is influenced by 50’s romantic ballads, the sort of “Can’t Help Falling in Love”, with a slight cynical twist, because we can’t ever be as hopelessly romantic as Elvis.

Why the name ‘Bones Garage’? What do you stand for?
There’s no deep meaning behind it really, a friend of us made it up and we liked it. It was funny how our sound is nothing like the name implies. We think people will be surprised when they hear the music behind the name.

How would you describe your musical style?
It’s a difficult one, as we have many influences – but mostly, it’s probably a mixture of surf, post-punk and shoegaze. But most of all, we’re freaks of songwriting, lyrics and melody, so we try to do whatever fits best any song. Usually our music is “dirtier”, but in the new single we’ve left it very clean and simple.

If you could collaborate with any living artist, who would you love to work with?
Stephen Malkmus. He’s a hero. 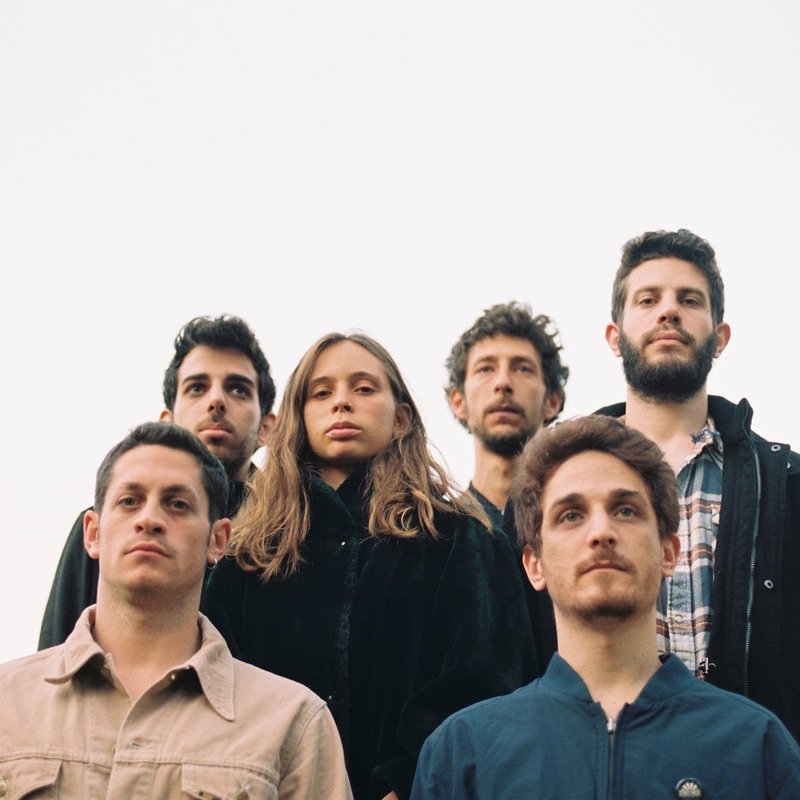 The first single from your new album is ‘I’ve Loved’. When did you write it and where did you record it?
About 50 songs were written and demoed for this record – “I’ve Loved” is one of them. 10 were chosen for the album, and “I’ve Loved” was chosen as the first single. It was recorded in Eden’s home demo, like the rest of the album.

How does ‘I’ve Loved’ represent you?
It’s a bit about our generation. We’re so occupied about ideology, progressiveness, loving everybody, including everybody – and this is a great thing, we’re very supportive of it. But it also feels like we’re a generation full of loneliness, self-loathing, people being unhappy with who they are. It seems we love everybody, other than ourselves. So this is what this song is about.

What are your hopes for ‘I’ve Loved’?
We hope it’ll touch people.

What can you tell us about the forthcoming album? What are its themes?
It’s a very personal album. It talks a lot about our origins, which is why the artwork is all pictures from our family’s history. It’s less political than the previous material – it deeply discusses themes of relationships, adolescence, loneliness, our connections with our past and our future.

What are your other plans for 2020? Can we catch you on tour?
We’re constantly playing shows in Israel, and we’ll also go to a European tour this summer. Live dates will be released soon, we hope!

Finally, if you could go back in time and give yourselves one piece of advice, when would it be and what would you say?
Choose a different profession.

Watch the video for ‘I’ve Loved’ on YouTube below. For news and tour dates go to bonesgaragemusic.com.