We catch up with songwriter, singer and multi-instrumentalist Austel to chat about new single ‘Choke’, building on the release of her debut EP Unfold last year.

I want the message of ‘Choke’ and video to inspire people to fight for a better, kinder world.

The last time we interviewed you, your debut EP Unfold was about to be released. What response did it get?
A good one, I think! It got some nice reviews, people seemed to connect with it on a personal level, it’s still something new to be discovered for those who haven’t yet heard it.

For me, Unfold was all about establishing Austel as a new musical project; it was the first chapter of what I hope will be a long story. So I think it achieved that pretty well.

How have you evolved since?
I’ve been experimenting with different sonic ideas, developing live performances, writing loads of new songs, meeting and working with really inspiring people. Also just growing a lot as a person, feeling more comfortable in my own skin.

You’ve just released ‘Choke’ from your new EP. What’s it about?
‘Choke’ is a song about how divided our societies have become, and the impact that consumerism and political corruption is having on the planet. It’s a call to those who are struggling to find hope to keep fighting for what they believe in.

When did you write it and where did you record it?
I wrote it a couple of years ago, shortly after the EU referendum and Trump’s election.

I recorded the song with my friend, bandmate and producer Adam Stark at his studio in South London. We had a lot of fun building it up from my original demo - adding glitchy drums and Adam’s trademark guitar and electronic soundscapes. My other bandmate Terry added some beautiful viola parts; they’re so haunting, I love it. 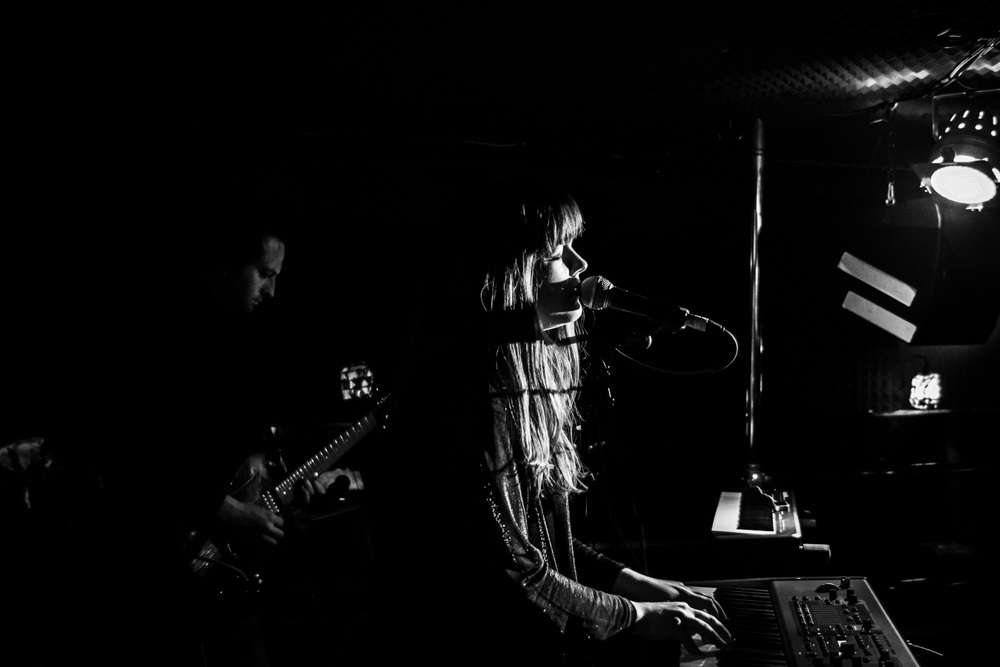 How does ‘Choke’ build on your style?
Like my previous single, ‘Now We’re Here’, I wrote ‘Choke’ from the bass and drums up, rather than at the piano. I think that created a different vibe, and a more rhythmic core.

Lyrically, it’s definitely one of my more politically-charged narratives. I think I’d always had that inside me, but was finally confident enough (or maybe just frustrated enough!) to write it out.

What are your hopes for ‘Choke’?
I want the message of the song and video to inspire people to fight for a better, kinder world. To join movements that create hope, vote for policies that help others, not just themselves. To stand against those who wish to do harm to others, and to our planet. We need to work together to create real change.

Can you tell us a bit more about the new EP? The tracks, the themes?
I don’t want to give too much away just yet, but the EP delves into themes of isolation - within society and ourselves - vs human connection - something I think we all long for more of in this cold, digital age. They’re a very important group of songs to me - I can’t wait to share them.

What are your plans looking at 2020? Can we catch you on tour?
We’ll be announcing some shows soon! Keep an eye out on my Insta / Facebook pages @austelmusic to be the first to know.

Finally, if you could wish for one thing to happen for you next year, what would it be?
Continue exploring new places, meeting new people, learning new things, feeling connected.

Watch the video for ‘Choke’ on YouTube below. For news and tour dates go to austelmusic.com.