Anon describes themself as a collective driven by one soul. No genre is untouchable and anything goes. We caught up with them to chat about new EP The Lockdown.

Straddling that fine line between accessible and unclassifiable.

Why ‘Anon’?
I’ve played in bands for years but around the turn of the millennium I started using music technology to create my own music. In the beginning I worked with my friend Luke Taplin (Maths and the Moon) and we used the moniker NA, as in ‘not applicable’ because we never wanted to feel like the music we were writing had to fit into any particular genre, although ironically much of it would certainly have fallen under the banner of ‘dance’ music.

I then changed the name to Anon, not as some vague attempt to remain anonymous but as a statement; it was the music that was important and not the personalities making it, especially as over the years I have loved collaborating with anyone that wants to get involved. The NA ethos has certainly grown though, the music covers any and every genre it feels like and no doubt will encompass different genres in the future! There’s a jazz funk, R’n’B metal hybrid album on the way eventually I’m sure!!

Of course, 15 years ago, the name Anon was quite unique but loads of artists have called themselves that since, but it is what it is. Of course the final irony is Anon is such an obscure little music entity that it pretty much is anonymous so no need to change the name really, there are no delusions of grandeur here!!

If you could collaborate with any living artist, who would it be?
I should probably say something really hip and trendy here but the reality is I would still love to work with U2! They’re incredibly uncool these days but there was a phase during the 90s when they really were one of the most ground breaking and revolutionary bands out there. The Achtung Baby, Zooropa and Pop albums were pushing the boundaries of rock and pop so far that of course, their mass popularity was eventually going to go down the tube but sonically, they were so inspiring.

Politically and live they were also really pushing the envelope. They changed big shows for the better undoubtedly. They were so antagonistic, phoning the White House every night on the Zoo TV tour, doing broadcasts from Sarajevo during the war there when the world’s media weren’t paying any attention. Of course eventually Bono realised you have to actually engage with these people on a professional level to make real change, which was never going to be considered cool!

I’d love to work with those guys and get them being creative out of their comfort zones again. Also, outside of all the media noise that is obsessed with bashing Bono, from everything I understand as a fan, they seem like genuinely nice people! Brian Eno likes them! 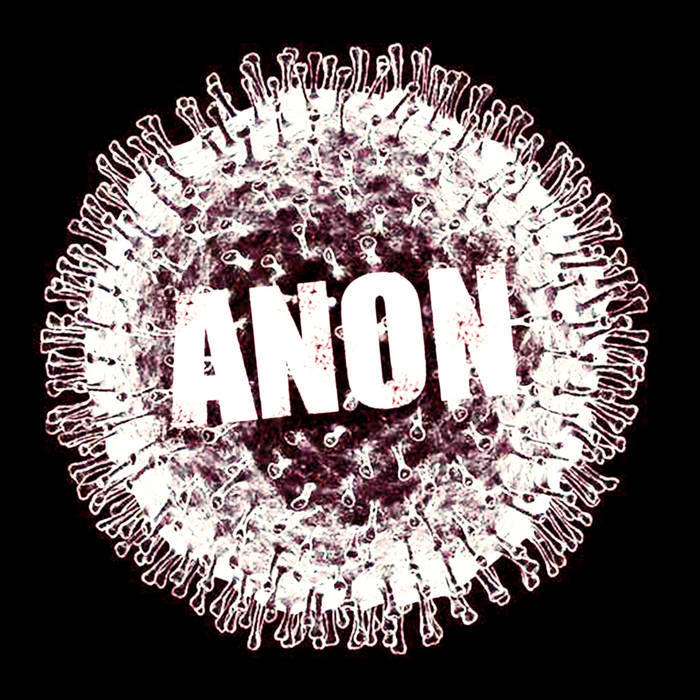 Tell us about your latest release The Lockdown. When did you write it and where did you record it?
I have a studio at home so most things are done here when I have time, which seems to be quite a bit recently!

What was your starting point for the tracks, and where did they wind up?
Two of the tunes were already done basically from before Christmas, I just kind of finished them off once I had written ‘Virus’. I didn’t set out to write an EP called The Lockdown, nor even mention the coronavirus, I was just feeling creatively inspired to write a thrash metal/techno hybrid tune and so the bulk of it was done in an hour or so.

I then just kept singing the words ‘coronavirus’ over it again and again, almost as a joke but it kind of stuck and then I just thought ‘why the hell not?’. It was quite cathartic really and got a lot of anxiety out the way so I was able to just focus on keeping creatively stimulated while off work, looking after the family and putting some time into the record label.

How does ‘The Lockdown’ represent you?
Like the preceding EP Dirty, it is a return to a harder, punchier Anon sound. Less lyrics and layers, to the point, but still straddling that fine line between accessible and unclassifiable.

Can you talk us through each track?
So yeah, I pretty much summed up ‘Virus’ already. It is just a full on, punky metal track with industrial/dance elements and a provocative, albeit tongue in cheek rant about the coronavirus and our reaction to it. Probably a little jab at the media in there as well, it is Anon music after all!

I had gotten more into writing a lot more lyrics in recent times and this is a return to repetitive, catchy sound bite lyrics I did a lot on the first Anon record ‘Violent’. The sort of thing that gets stuck in your head very quickly, my kids have been singing it a lot!!

‘Clusterfuck’ was an intense, full-on jazz/dance hybrid tune I had written before Christmas. A real stomper. It had the working title of ‘clusterfuck’ and I was watching the news and how the corona virus was just messing everything up and all the countries were just seemingly not sure how to deal with it and so on and I just thought to myself, ‘what a clusterfuck!’ So it seemed totally appropriate to record the vocal sample for this tune.

I didn’t feel the need to write any more lyrics so I just used the ‘clusterfuck’ sample creatively throughout the tune. A great track, BBC Introducing won’t let me upload it though! Explicit lyrics you see. Ha!

‘Strangers’ was a very organic tune. I was showing a student at school how to use an arpeggiator to create synthwave style ambient music just like the sort of thing in the TV show Stranger Things. I had been wanting to write a synthwave tune for a while and I liked what I had done in this demonstration so I saved it and took it home and finished it more or less that evening.

I added the guitar part a bit later and that was it basically. It was nice to keep things pretty simple for once and try to stay within a genre. When I was looking in my folders for a third tune to complete this release the working title of ‘Stranger Idea’ seemed appropriate. The sparse nature of the track, combined with the almost melancholic chord progression reminded me of how I felt about how distant everyone seemed, even people we know during this lockdown and just calling it ‘Strangers’ seemed entirely apt.

What are your hopes for The Lockdown?
Be nice if people listen to it and then delve into the back catalogue. Anon has written a LOT of music covering a lot of styles of music all fused together. If one person likes it then I’m happy, any more than that is a bonus.

How’s 2020 looking in what’s becoming a crazy year?
I (normally) have a very busy day job as a music technician in a secondary school and I also work evenings sometimes so this lockdown has actually given me a lot of time to spend on music and the record label I run so it has been a blessing in disguise in some respects.

At the end of April Anon releases ‘odds’ which is a 44-track collection of demos, non-album tracks and remixes spanning nearly 20 years. It is a full stop to the last two decades and an opportunity to free the mind creatively for a whole new album, which I hope will be ready for release next year. I’ll keep you posted!

Besides Anon, I just want to keep pushing the record label (Non Applicable Records) and helping our fellow artist whose music I love such as the wonderful Gulf of Space whom you very kindly interviewed as well recently.

Finally, if you could go back in time and give yourself one piece of advice, when would it be and what would you say?
I would go back to see me and Luke in the early 2000s and I would tell us to stop worrying about what people ‘might’ think, just enjoy it more and trust your instincts to not to keep these tracks as a bedroom studio project and get them out there while we were young.

I had a much more active social life then and really pushing the music at that time would have been a much better idea because by the time I first took Anon out live in the mid 00s, while it had a great response from the underground press at the time, I had already left college by then and that rent-an-audience that you associate with college was already withering away.

It’s a lot harder to get an audience onside when you’re older and the way the internet has changed has ironically actually made it harder to get your music noticed because everyone is online now, so very much appreciate you taking an interest in what Anon are doing these days.

Listen to The Lockdown by Anon on Bandcamp below. For the latest Anon news, head to the Anon or Non Applicable Records Facebook Pages.